Tomorrow anti-mafia writer Roberto Saviano stands trial for defaming the good name, if that it be, of Italy’s neo-fascist Prime Minister Giorgia Meloni, after he condemned her remarks calling for ships that sought to rescue refugees in the Mediterranean be sunk and the migrants left to drown. Saviano spoke out on a TV show in 2020 when an NGO rescue ship picked up 111 migrants stranded in the Mediterranean. But a six-month-old baby boy, originally from Guinea, drowned when the dinghy he was in capsized.

A clearly distressed Saviano said: “They’re bastards: Meloni, Salvini… How is it possible, given such despair? They have a legitimate policy which opposes receiving [migrants] – but surely not in the case of an emergency on the open sea?”

The trial has been widely seen as an attack on free speech and, yet again, raises questions about the ability of the far right to use Italy’s bizarre legal code to gag their critics. The case is even more fraught because Meloni was the leader of the ultra-right Brothers of Italy party then but is now also the country’s prime minister. If found guilty, Saviano faces a potential jail sentence. But the writer is no ordinary target. Since 2006 he has been under sentence of death from the Camorra, Naples’ number one crime organisation, after he published Gomorrah, a book that challenged the clan’s silent grip on much of southern Italy.

The title comes from anti-Camorra Catholic priest Giuseppe Diana in 1994, who was murdered for his courage: “The time has come to stop being a Gomorrah.”

Saviano faces calls from Meloni’s camp to cut his police protection. In plain English, by criticising Meloni he may end up being murdered by the very gangsters the writer says are in secret association with the far right. He faces a second trial for criticising Meloni’s coalition partner, Matteo Salvini, in the same TV interview: this case is already grinding its way through the courts.

Saviano told The Observer: “There was a dramatic, tragic shipwreck… A baby was drowned. But from Meloni and Salvini came ferocious and inhuman anti-migrant propaganda. In the light of this, and the libel charge, do you really think mine were such offensive words?”

PEN’s President Burhan Sonmez has written to the prime minister calling on her to drop the trial. He wrote: “Despite calls by Italy’s Constitutional Court to undertake a comprehensive review of criminal defamation laws, journalists and writers are still liable to prison sentences in case of defamation through the press. Criminal defamation lawsuits exhaust their victims. They rob them of their time, of their money, of their vital energy. Crucially, they are punitive and can lead to self-censorship and discourage the investigative journalism that is so necessary in a healthy and functioning democracy.”

Thus far there has been no response from the prime minister’s office to PEN’s letter but Meloni has given no signs of backing down. She said three days ago: “On that boat were migrants, not shipwrecked people. People boarded those ships in international waters … The ship that took them in its charge was equipped to accommodate them and provide for all their reception needs…The banana republic in which citizens are so vexed but which is so popular on the left is over.”

What the prime minister fails to realise is that, along with the case brought by her, Italy’s standing as a civilised democracy is on trial too. 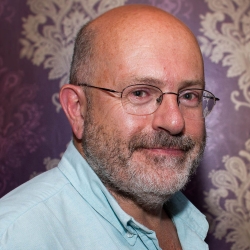 One response to “Roberto Saviano: Italian democracy on trial”