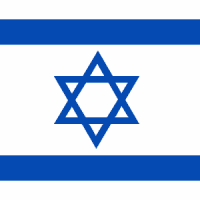 The “Law for Prevention of Damage to the State of Israel through Boycott – 2011” was approved on Monday 11 July by a majority of 47 to 38 Members of the Israeli parliament, the Knesset.

The law prohibits the public promotion of boycott by Israeli citizens and organisations, and, in some cases, agreement to participate in a boycott. It forbids not only a boycott of Israeli institutions but also of the illegal Israeli settlements in the Occupied Palestinian Territory (OPT).

The wording of the law is designed specifically to prohibit and penalise political boycott of Israel or of the settlements in the West Bank, rather than other types of boycotts, such as consumer boycotts related to pricing of products.

In private law, the law defines boycott as a new type of “civil wrong” or tort. It will enable settlers or other parties targeted by boycotts to sue anyone who calls for boycott, and the court may award compensation including punitive damages, even if no actual damage is caused to the boycotted parties. For example, if an Israeli actor publicly calls on others not to perform in a theatre in the Israeli settlement of Ariel, the theatre can sue that actor for a minimum sum of £5,000 in damages, which can be awarded even if no such damage was caused.

In public law, the law will revoke tax exemptions and other legal rights and benefits from Israeli organisations and charities, as well as academic, cultural and scientific institutions which receive any state support, if they engage in boycott. For example, if a theatre calls for boycott of settlement theatres, its right to state funding or grants can be revoked. As a result of this threat, theatres may limit the ability of their employees to speak out, for fear of losing funding and benefits. In addition, if a human rights organisation publishes information regarding settlements, and that information is used by others as a basis for boycott, that organisation or charity is liable to have its tax exemptions revoked, as well as being exposed to private compensation suits.

1. On democratic values and the rule of law — because it restricts freedom of expression and association and threatens Human Rights Defenders. Boycotts, even if unpopular as a tactic, are a non-violent and legitimate form of public protest.

2. On respect for international law and the chances for peace — because for the first time it provides official legal protection for the illegal settlement project in the West Bank, and conflates the status of the state of Israel with that of the settlements.

Prior to the vote, Israel’s Advocate General declared the bill to be ‘borderline unconstitutional’. The legal advisor to the Knesset also issued a harsh critique of the bill, defining it as illegal.

Following the passing of the law, an intense public debate broke out in Israeli media and in the Knesset. A poll held on behalf of Israel’s Knesset TV Channel immediately after the vote showed that 52 per cent of Israelis support the law, while 31 per cent oppose it , but following this there have been numerous calls of opposition from civil society. Israeli human rights group Physicians for Human Rights-Israel called for civil disobedience in the face of the law, while a Facebook page opened by activist group Peace Now, initiating a consumer boycott of settlement products in defiance of the law gathered 6000 supporters within two days. Most Israeli newspapers have come down clearly against the law, and a Member of Knesset from the Israeli opposition party Kadima (which initially participated in the drafting of the bill, but later withdrew its support) has tabled a proposal to revoke the law.

Immediately after the vote a petition was submitted to Israel’s High Court of Justice by Israeli peace group Gush Shalom, challenging the compatibility of the bill with constitutional principles. A second petition is currently being prepared by two leading Israeli human rights organisations, on behalf of other human rights groups as well as organisations most liable to be affected directly by the law.

Two days after the law was passed, the EU’s foreign policy chief Catherine Ashton responded to it, telling press that she was ‘concerned about the effect that this legislation may have on the freedom of Israeli citizens and organizations to express non-violent political opinions’.

Despite abstaining from the vote Israeli Prime Minister Binyamin Netanyahu has voiced support for the law. In a debate in the Knesset he said the bill reflects Israeli democracy. “What stains (Israel’s) image are those savage and irresponsible attacks on a democracy’s attempt to draw a line between what is acceptable and what is not,” he said.

The anti-boycott law is the latest in a string of aggressive legislation by Israel’s Knesset, whose essence is the attempt to restrict political dissent and human rights-based criticism of Israeli policies toward Palestinians. On Wednesday 25 July, the Knesset is set to vote on a different initiative, put forward by FM Avigdor Liebermann’s party Israel Beitenu (Israel Our Home), to establish a parliamentary commission of inquiry that will investigate the activities and funding of left-wing groups and human rights organisations.

Full English translation of the law and other documents available here


Deprecated: Theme without comments.php is deprecated since version 3.0.0 with no alternative available. Please include a comments.php template in your theme. in /home/jwkxumhx/public_html/wp-includes/functions.php on line 4913