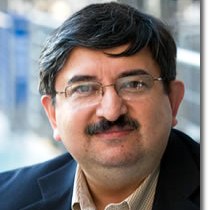 The controversial Protection of State Information Bill reveals a an authoritarian streak that has always been present in the ANC, says Salil Tripathi

On Tuesday, as expected, the South African Parliament passed the Protection of State Information Bill, which can send a whistleblower or a reporter to jail for as much as 25 years, if they have revealed state secrets. Public interest is not a legitimate defence.

There has been justified anger against the law in South Africa and among busybodies who care for such old-fashioned liberal causes as freedom of expression. But South Africa has always been special — when the largely black (but, it must be said, multi-ethnic) African National Congress (ANC) took on the National Party during the apartheid years, the question of which side to back was a no-brainer.

As far as morally stark choices go, the ANC’s struggle against the apartheid was perhaps the easiest cause to support for a generation of activists. The systematic discrimination against non-whites in South Africa was wrong on all counts — for its brazenness, its inhumanity, its unfairness, and its illegality. The Pass Law, the Group Areas Act, the use of armoured personnel carriers in townships, the torture of political prisoners, were despicable; the excellent apartheid museum in Johannesburg constantly reminds visitors what it was like a mere two decades ago.

Those who led the struggle against apartheid were justly celebrated as champions of human freedom. True, they weren’t all non-violent; and true, many believed in ideologies which undermined individual freedom – but those were details at that time. The main task was to change the system, get rid of the system that deprived the large majority of South Africans a say in how they were governed, where they could live, what jobs they could hold, who they could marry, and what they could think and speak.

When Nelson Mandela came out of imprisonment in 1990, the mood was euphoric — as a reporter from India (and later from Singapore) it was thrilling for me to see the largely peaceful changes in action. Politicians who had lived in exile, who had been guerrillas, who had been in jail, came out, introduced themselves to one another, and tried their best to make real their virtual, umbrella movement — the African National Congress.

There were many potential mines in the field ahead: some radicals carried the dreams of Pan-Africanism; some saw black supremacy as a necessary goal; some viewed Umkhonto we Sizwe (Spear of the Nation) as the legitimate response to the violence from the right wing white groups. The ANC’s charter called for ownership of means of production, and other Soviet-era phrases that would scare capital which South Africa would need in the days after apartheid was lifted. And in its early years, the Mandela administration made a series of deft moves not to scare global capital, to slow the feared exodus of the white community, and made sincere attempts towards giving genuine representation to the various ethnic groups that make up the rainbow nation. It also adopted a constitution that was, in its letters and spirit, a beacon of freedom and inclusiveness. The forgiveness and compassion that Mandela showed when he took over the presidency elevated him on the moral plane, his past support of violence notwithstanding.

But what was being glossed over was the fact that many ANC politicians had grown up in a struggle in which the party was more important than the individual, the party was the state, and opposing the party meant opposing the state. The individual had to serve the state and the party, and deviating from that norm meant an anti-national act. In the conflict-driven narrative of the ANC hardliners, that was tantamount to treason.

But like with politicians elsewhere, once in power, the ANC’s leaders, too, showed the sort of tendencies politicians show in other countries. There were corruption charges against some, and others had shown their authoritarian tendencies. Andrew Feinstein, who exposed some of the murkiness surrounding large deals, was hounded out. Politicians, whose presence could be problematic in the top-heavy organization with many stalwarts, were given space to become entrepreneurs and businessmen. Many acquired wealth surprisingly quickly. Their emergence as the financial power elite altered the seating arrangements at the high tables of Sandton’s and Johannesburg’s posh restaurants and clubs, but did not make much difference to the millions who lived in townships. And when journalists and activists began challenging the party, the party leaders saw that as challenging the state, the idea of nationhood.

That’s at the heart of this new Bill. Many have rightly pointed out that this piece of legislation is more in tune with the thinking of the apartheid regime, and goes against the ideals of a pluralistic, participative, open democracy, which was the promise of 1990 and 1994. But this ANC, Zuma’s ANC, is no longer that ANC, Mandela’s ANC.

When Bishop Tutu, Nadine Gordimer, the Nelson Mandela Foundation, South African media and civil society are against the law, and when more than 30 ANC MPs find the spine to vote against the Bill, the moral choice is similarly, blindingly obvious. The ANC has ceased being an idealistic organisation, (which it perhaps never was, only some of its leaders were) and it has become like any other party, in charge of governing any other country.