The election of Aung San Suu Kyi was another step in Burma’s advance to democracy. But journalists are aware that the small gains made by the media could be taken back. Tom Fawthrop reports 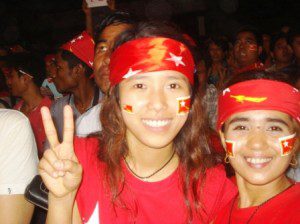 On 1 April celebrations erupted in the streets of Rangoon and Mandalay. The ruling USDP party, spawned by the military junta that has ruled Myanmar since 1962, had just been trounced at the polls by pro-democracy party The National League for Democracy (NLD).

Flag-waving supporters danced to rap music blaring through the Rangoon night accompanied by the raucous singing of Burmese freedom songs.

According to unofficial results the NLD, led by Nobel Peace laureate and democracy icon Aung San Suu Kyi, won a landslide 43 seats out of 44, contested in special by-elections for the 644 seat parliament.

After almost 20 years kept under house arrest, Suu Kyi is believed to have emerged triumphant with a reported 99 per cent of the vote in her constituency of poor farmers.

After the “Arab Spring”, the pro-democracy movement in Burma, which dates back to the abortive peoples’ uprising in 1988, and was re-ignited by the “Saffron Revolution” led by Buddhist monks in 2007, has once more renewed its peaceful challenge; but this time the Burmese people moved their protest from the streets to the ballot-box.

President Thein Sein, and Aung San Suu Kyi appear to have forged a surprising degree of trust and understanding.

Thein Sein has surprised and shocked many army generals by his courting of western governments, reducing media censorship, releasing over 600 political prisoners, and permitting Burma’s first credible election since 1990, when the NLD party won just under 80 per cent of all parliamentary seats.

In the Burmese capital of Naypyidaw, there is a galaxy of Suu Kyi pictures on posters, T-shirts and newspaper front pages. If you didn’t know The Lady was running for a parliamentary seat, you would assume she was the latest pop-star sensation or a Hollywood actress.

Instead she is the revered daughter of national hero and founder of Burmese independence, General Aung San, and she is attracting the kind of adulation that comes with sainthood. Only a year ago people would have been arrested for possession of memorabilia of Suu Kyi, who was then held under house arrest.

Prospects for press freedom and a new media law 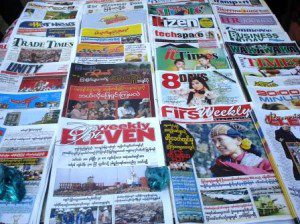 During the election campaign, a Unesco-sponsored conference on press freedom and the government’s new media law took place in Rangoon. The big surprise was that the contingent of exiled Burmese journalists at the top of the regime’s extensive media blacklist, gained a 6-day visa in order to attend this historic media event.

Internet censorship has also been relaxed. The websites of exiled Burmese media — Irrawaddy magazine, Mizzima news agency and DVB TV, transmitting on satellite from its head office in Oslo, were a high priority in the regime’s systematic suppression of critical information. Now access has been restored and the government has, in principle, agreed to allow some representatives of the exiled media to establish offices in Rangoon.

Information Minister U Kyaw Hsan, who loyally served the military regime for six years prior to the formation of a civilian government in 2010, addressed the conference and affirmed that the new government, headed by President Thein Sein, was committed to increased press freedom.

Currently journals that publish weekly reviews of news and politics must submit their proofs to the Press Scrutiny and Registration Division (PSRD) before publication. Thein Sein declared that he was also committed to the gradual removal of state censorship prior to publication.

Former “enemies of the state” banned by this same Minister of Information were now sitting in the same room, listening to his assurances that he supported press freedom.

In his opening address to a media conference held in Rangoon in March, the minister argued: “we are not drafting the new media law with the intention of banning or hampering press freedom. Our aim is to facilitate the proper use of press freedom for the long-term progress of Myanmar’s media sector”.

The new media regime will allow privately-owned newspapers to publish dailies, (now only weeklies are permitted).The government is expected to carry out its promise to drop prior censorship.

The press are today permitted to print Suu Kyi’s photo on the front page, but U Soe Thein, veteran journalist and editor of The People’s Age Journal complains that the censorship board still uses the red ink to block those stories which are critical of the government or quote the other side in peace negotiations.

Soe Thein said: “In our coverage of recent peace talks and ceasefire agreements with ethnic groups opposed to the government, we are only allowed to cover the government side. We are not allowed to quote anyone from the ethnic rebel side like the Kachin Independence Organisation (KIO)”.

“I don’t really trust the minister and his assurances about more press freedom” says Soe Thin, who has been jailed several times for his writings. He insisted “we journalists will continue to push the envelope”.

Many editors and journalists are worried that the new media law contains no clause to protect the media from the repressive laws and the legal machinery of the dictatorship, that could still be used to silence the media and jail them at any time. 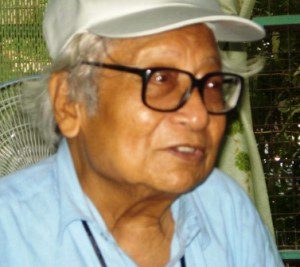 Eighty-two-year-old U Win Tin is Burma’s most fearless and respected journalist, who has survived over 20 years imprisonment. Since the late 1980s, he has been a close advisor to Suu Kyi.He says: “the media law gives no protection to journalists. We need legal protection. This is the key issue.” He argues that promises about press freedom don’t add up to much and has called for “tangible guarantees”.

Twenty-one year old Sithu Zeya, a video journalist from Democratic Voice of Burma, who was released from jail in January this year, is a good example of this legal limbo-land that media now inhabit. His release was a conditional freedom. He could still be returned to prison to serve the remaining 18 years of his sentence, if he breaches any of Burma’s all-embracing and ill-defined public order and security laws.

At the March media conference the Information Ministry did not respond to repeated calls for the repeal of legislation that infringed human rights and press freedom.

A joint statement by exiled media groups, which was released following the conference said: “It is important that the media law in Burma should not only focus on freedom of the press and freedom of expression, but also constitute a safeguard for the security and rights of members of the media community.”

In the wake of post-election euphoria there is an emotive surge of hope that the landslide by-election wins will create an irresistible momentum towards press freedom and democracy.

But Aung San Suu Kyi has warned that nothing is irreversible and these reforms can easily be rolled back. Burma is still a military-dominated regime with 25 per cent of the 644 seats in parliament automatically reserved for army officers, far outnumbering the 43 seats that pro-democracy forces have just won.

Both local and exiled journalists who choose to return, are still vulnerable to sudden shifts in the government’s interpretation of “responsible journalism”.The media will continue to be a high risk sector in Burma for a long time to come, as long as the ultimate power still resides in the hands of a military that has become accustomed to being the ultimate guardian of the nation. 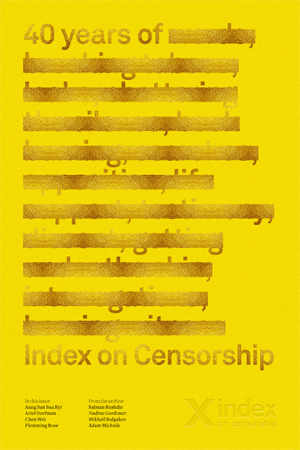 Aung San Suu Kyi writes a free speech manifesto for the new edition of Index on Censorship saying : “The fight for freedom begins with freedom of speech”