PAST EVENT: 19 July: What will Lord Justice Leveson conclude about the future of the British press? 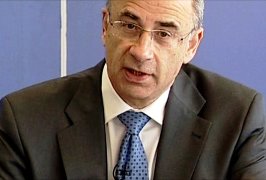 It has been a year since the Prime Minister announced an inquiry examining the culture, practices and ethics of the media in light of the phone-hacking scandal. Since then we have heard from journalists, editors, proprietors, politicians and victims of phone-hacking. As hearings come to a close and Lord Justice Leveson begins to compile his report, join Frontline and Index on Censorship for a panel discussion, followed by Q&A on what the Inquiry has learned and what it should achieve.

Will new regulation damage the free press? How should public interest be defined? Can we ensure protection for sources and whistleblowers? How should relationships between journalists, proprietors, politicians and police be conducted in the future?

David Aaronovitch, writer, broadcaster, commentator and regular columnist for The Times. He is author of Voodoo Histories: The role of Conspiracy Theory in Modern History and Paddling to Jerusalem: An Aquatic Tour of Our Small Country. Twitter: @DAaronovitch

Brian Cathcart, professor of journalism at Kingston University London and founder of the Hacked Off campaign. He served as specialist adviser to the commons media select committee in 2008-10. He was a journalist at Reuters, the Independent and the New Statesman, and has written books about the murders of Stephen Lawrence and Jill Dando, as well as on the history of nuclear science. Twitter: @BrianCathcart

Helen Lewis, deputy editor at the New Statesman. As well as commissioning and editing, she writes for the NS magazine and blogs for its website, with favoured topics including comedy, feminism, politics and computer games. She has also written forEdge magazine, the Stylist, Square Meal and the Guardian; she reviews the papers on Sky News and has appeared on the Today programme, Woman’s Hour and The Daily Politics. Twitter:@helenlewis

Angela Phillips, senior lecturer in journalism at Goldsmiths College, author of Good Writing for Journalists and co-author of Changing Journalism. She has been a journalist for over 30 years, starting in the alternative press of the 1970s and moving on to work for national newspapers, magazines, television and radio (the BBC and independents). She is also the chair of the Ethics Committee of the Coordinating Committee for Media Reform and gave evidence to the Leveson inquiry on Friday 13 July, 2012. Twitter: @AngelaELL

One response to “PAST EVENT: 19 July: What will Lord Justice Leveson conclude about the future of the British press?”