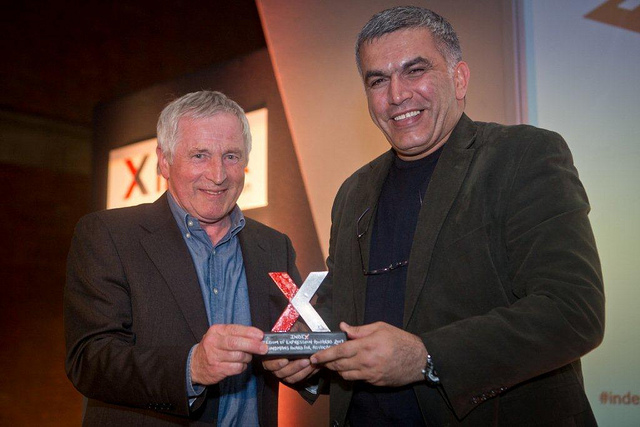 Index on Censorship condemns the sentencing in Bahrain today of human rights defender and Index award winner Nabeel Rajab to three years in prison for charges related to “illegal gathering”.

“We strongly condemn the imprisonment of Nabeel Rajab for speaking out against human rights violations. It shows the lengths Bahrain’s government will go to silence activists — and exposes their token statements in favour of reform as phoney. Index calls for the immediate release of Rajab, and for the Bahrain government to respect fully universal human rights, and to implement a serious reform process as promised since last year.”

Prominent human rights defender and president of the Bahrain Center for Human Rights (BCHR) Nabeel Rajab, was today sentenced to three years in prison for charges related to “illegal gathering”. Rajab, who was awarded an Index on Censorship Free Expression Award this year, has spoken out internationally against the human rights violations committed by the Bahrain’s government following a brutal crackdown on pro-democracy protests on 14 February 2011. Despite promises of reform, including commissioning an independent inquiry into the country’s crackdown following February last year, unrest continues in the troubled Gulf Kingdom.

Rajab still faces defamation charges for allegedly insulting the Sunni residents of Muharraq on Twitter. The verdict in that case has been postponed until 23 August.