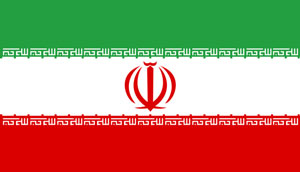 Over the past eight years, writers and publishers have been caught in a web of forbidden topics, names, phrases and words. No one in the industry can anticipate what will and will not be allowed by Iran’s Ministry of Culture and Islamic Guidance. Completed projects wait for months to be reviewed by state censors and most are returned with a long list of “required modifications.”

Even books that were approved for publication in the past are now banned for “promoting Western thought” or “being immoral”. Some titles were removed from display at the fair despite being offered for sale at bookstores elsewhere.

Moreover, the government moved to shut down independent publishing firms that produce books on sociology, literature, politics and history. Under an official order, publishers must be approved by the ministry to continue their activities. Through the accreditation process, the government succeeded in banning some long-term publishers.

While Iran’s internal threats to free expression have had their impact, international sanctions have also put the publishing industry under intense pressure. The economic sanctions aimed at curtailing the country’s nuclear program have caused a dramatic rise in the cost of imported paper. As a result, publishers have been forced to limit volumes or suspend publication altogether. Prices for books have risen as a result.

Like all Iranians, the publishing industry is sizing up candidates ahead of the 14 June presidential elections. It is hoped a moderate, ‘reformist’ government will be a change agent in the international arena to end the economic embargo. They are also hoping that the ministry’s heavy-handed censorship will be lightened to fire up the printing presses.

Raha Zahedpour is a journalist and researcher living in London. She writes under a pseudonym.

5 responses to “An election that might save books in Iran”