The so-called secrecy bill’s passage through the South African parliament mirrors an increasing political intolerance towards diverse views that in some cases has spilled over in violence, Christi van der Westhuizen reports.

After an arduous legislative process that lasted three years and saw the reactivation of a moribund civil society, the South African parliament adopted the Protection of State Information Bill. But its opponents are adamant that the law remains in contravention of the country’s constitution, which contains an explicit commitment to openness. 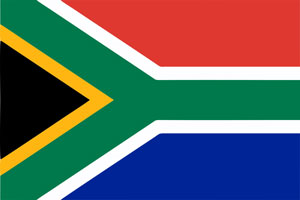 The bill ostensibly puts in place a system to regulate state information. Instead, it empowers the State Security Agency to throw a blanket of control over all state information. Possessing or distributing classified state information is punishable by draconian prison sentences of up to 25 years. A public interest clause has been included after concerted civil society pressure, but is circumscribed to only apply in specific cases. Crimes in the bill include “espionage”, defined as sharing information that could benefit a foreign government. Under the terms of the bill investigative journalists, activists and others can be found guilty whether they intended to act in the interest of foreign entities or not.

The bill extends the reach of the State Security Agency, which includes the Intelligence Services, beyond classified information. The agency is tasked with policing the handling of fuzzily defined “valuable information” across all state entities, whether a provincial sharks board or a local government bus company.

The chances are however slim that Zuma, as a former internal security head of the ruling African National Congress (ANC), would concede the possibility of error. The forceful campaign with which the State Security Agency drove the bill through parliament makes such a concession even more unlikely.

The bill’s processing was marked by unprecedented rancour from members of parliament and the executive towards opponents. Minister of State Security Siyabonga Cwele reverted to accusing Right2Know protestors during a parliamentary debate of being “local proxies” paid by “foreign spies”. Right2Know is a civil society campaign that had sprung up in response to the bill.

During public committee hearings on the bill, parliamentarians accused investigate reporters of wanting to undermine democracy through exposure of corruption. Cecil Burgess, the chairperson of the parliamentary committee, evoked the liberation struggle against apartheid: “As we said during the days of the struggle: are you with the struggle or against it? The media seems to have created an institution of its own that is not with the people.” At the adoption of the bill in parliament at the end of April, aspersions were cast on opposition parliamentarians as “being in the pay of another government”.

The acrimony towards journalists and political opponents reverberated during rural wage protests earlier this year when reporters were targeted and two vehicles set alight or stoned. A local law enforcement officer was suspended after he posted a message on his Facebook page suggesting that AK47 assault rifles should be used against farmers who exploit their workers. In turn, he received racist threats.

During the same rural protest, the leader of the opposition Democratic Alliance and premier of the Western Cape province Helen Zille was whisked away amid threatening behaviour from the crowd. After the Marikana massacre at the Lonmin mine last year, cabinet ministers beat a hasty retreat in the face of hostile armed workers at the memorial service. A union leader at the mine was killed earlier this month. Workers at Lonmin mine have again threatened violence against the police while political representatives have been killed in inter-party violence in KwaZulu Natal province.

This trend of diminishing political tolerance which, at its extremes, involves the silencing of opponents with actual or threatened violence, is associated with the rise of Zuma.

Before his election as president of the ruling party in 2007 and of the country in 2009, a beleaguered Zuma, facing rape and corruption charges, revived a struggle song titled “Awuleth’ umshini wami” (Bring my machine gun) as war cry against his detractors. This was followed by pledges from his most devoted supporter at the time, former ANC Youth League leader Julius Malema, to “kill for Zuma”.

While crime figures show a downward trend, the levels of public violence have risen, which bodes ill as the country prepares for the next election date in 2014, which also marks 20 years of democracy.