Recent decisions by India’s Ministry of Information and Broadcasting have raised questions about the country’s approach to broadcasting regulation. Mahima Kaul reports 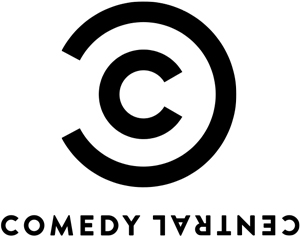 Both Comedy Central India and Fashion TV were slapped with 10-day suspension notices for violating the Cable Television Networks Regulation Act, 1995. The reasons for the ban – listed in a detailed letter by a ministry official – included offending good taste, obscenity, injuring public morality and denigrating women.

Two Comedy Central programs in particular drew the government action. French prank show, Popcorn, and a stand-up comedy showcase. The French program featured simulated sex with a dummy. The suspension began on 25 May and was appealed by the station’s operator, joint venture Viacom 18 Media. The ban was initially upheld, but lift after a second appeal on 28 May.

Fashion TV drew a 10-day ban after it aired obscene content that included models in lingerie with their buttocks fully exposed.

In appealing its ban, Comedy Central pointed out it is a niche channel catering to a sliver of the English speaking public in India. The broadcaster believes that its viewers will not be offended by the programming it airs.

The government says it is trying to walk a fine line between freedom of expression and vulgarity. Finding that line is difficult in a country that has gone so far as to ban mannequins dressed in underwear in Mumbai shops because the displays lead to a “pollution of minds in today’s generation.”

India’s broadcasters see self-regulation as the way forward, and as a result,  interference from the government is met with a harsh backlash. Currently, public complaints against general entertainment channels are funneled to the channels through avenues such as the industry-led Broadcast Content Complaints Council. In fact, the BCCC has a list of published “self-regulation guidelines” on its site which are open to the public. The list of topics that people can complain includes kissing, nudity and sex. In fact, a look at BCCC’s action-taken documents show the body has evenly protected channels as much as it has taken them to task for their content. This includes Comedy Central in the past. However, experts believe that the body has been lenient on its members because their interest lies in letting their programming go unopposed — as it stands today. Self regulation in India is under scrutiny, with even the judiciary asking the BCCC to pull up its socks in the past.

In the present case of the Comedy Central ban, the government had issued a notice to Comedy Central last June to which the channel responded a month later, saying it had taken a “serious note of all concerns”. However, with repeated offenses, an Inter-Ministerial Committee decided to impose the ban as punishment. The government believes the channel has failed to self regulate and follow applicable programme codes, and therefore the penalty must be imposed.

Comedy Central believes the government should have gone through the BCCC instead of direct action from the ministry.

Three things emerge in this case. The first is that the nature of the complaints as well as the public backlash at any action against channels reveals the very contradictory nature of India’s viewing public right now. The second is that if, as most channels agree, self-regulation is the best way forward, then the government might want to rely on the industry for disciplinary action, even though it has the power to impose bans. The third is that the industry should hear the government loud and clear: if self regulation is not working, it intends to step in.