As the G20 nations prepared to meet in St Petersburg, Russia in early September 2013, Index on Censorship explored the nations’ records on free expression

It's not just Trump

US media freedom fraying at the edges

Read our May 2017 review of threats to press freedom in the United States. 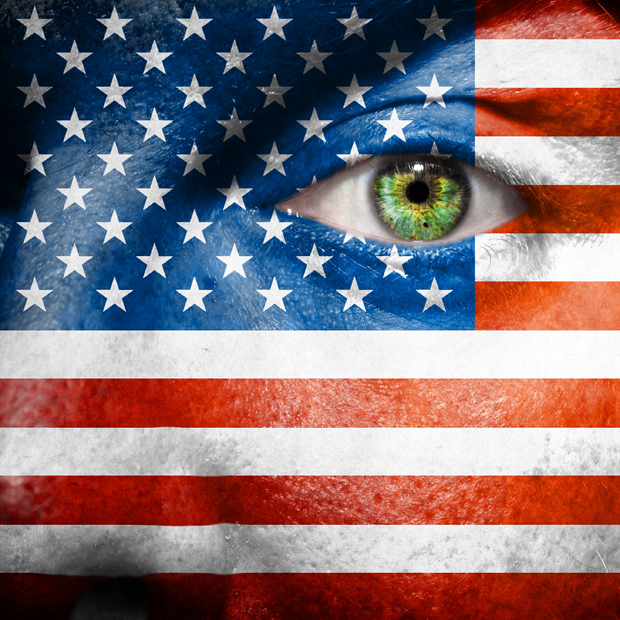 Freedom of expression is generally protected in the US, but political, legal, economic and cultural factors continue to constrain this fundamental right. The First Amendment of the US Constitution prohibits laws that abridge free speech, academic freedoms and the right to assemble are generally protected, and violence against journalists is rare.

Revelations over the National Security Agency’s “Prism” programme, which it is claimed gives the US government powers of mass surveillance over web communications, have caused huge concern over the authorities’ attitudes to free speech and privacy.

Government transparency and accountability are also key concerns. The 1966 Freedom of Information Act and various state laws are meant to shine light on classified government documents, but many agencies do not comply with these laws or do so significantly later than mandated and with heavily redacted information. The aggressive prosecution and sentencing of WikiLeaks source Bradley Manning and the pursuit of Edward Snowden highlights the Obama administration’s attitude to whistleblowers.

Beyond security and secrecy, some of the greatest challenges to freedom of expression are linked to rapid shifts in technology and online behaviour so that is for digital section. Money is also key. The Citizens United v. Federal Election Commission Supreme Court case in 2010 extended first amendment rights to corporations and unions, threatening the free speech rights of individuals by diminishing the power of their voices to compete with billion-dollar industries. Although US libel laws generally protect the public interest — public figures must prove actual malice rather than mere negligence to win a suit — “Strategic lawsuits against public participation” (SLAPPs) sometimes silence criticism, as libel actions in the US remain expensive.

Despite these concerns, the state of free expression in the US is generally healthy.

The US enjoys a free and diverse press, although aggressive political partisanship, the consolidation of media ownership and other financial troubles have threatened this freedom as traditional institutions struggle to stay afloat and adapt to an increasingly digital media landscape. Local and national newsrooms have shrunk, and reporters are overstretched , diminishing the quality of American journalism.

Laws against obscenity, indecency and profanity set out and enforced by the Federal Communications Commission (FCC) restrict what content can appear on free-to-air broadcasting.

Most states have shield laws that protect journalists from revealing their sources, and the Obama administration is proposing a federal shield law, But the government’s prosecution of whistleblowers has raised real concern. The accessing of Associated Press reporters’ phone records in pursuit of leaks has also been a source of alarm.

The Obama administration has been criticised for its aggressive pursuit of whistleblowers and journalists and demands for source information in cases of government secrecy. While the president did sign a Whistleblower Protection Enhancement Act into law in late 2012, the behaviour of the authorities when confronted with leaks has been heavy handed.

Meanwhile, physical attacks by police against journalists and bloggers covering the Occupy movements hurt the US’ ranking in several press freedom indices in 2012.

About 75 percent of the population is online, but affordable high-speed broadband remains elusive. Copyright legislation and surveillance currently represent some of the greatest threats to digital freedom of expression.

The latest Google Transparency report shows that the US requests more user data than any other country and issues the second most court orders for content removal behind Brazil. The 1998 Digital Millennium Copyright Act (DMCA) criminalises the circumvention of copyright controls online without regard for how users intend to use the tools. The Stop Online Piracy Act (SOPA) and PROTECT IP Act (PIPA) were shelved in 2012 following highly publicised website blackout campaigns by internet activists and web companies, but intellectual property rights remain a concern with secret negotiations around the Trans-Pacific Partnership trade agreement on-going. Efforts are also underway to reform the 1986 Electronic Communications and Privacy Act (ECPA), which allows the government to access private emails older than 180 days without warrant.

PATRIOT Act provisions and the fact that US telecommunications companies comply with millions of government requests for user data have given Americans cause to self censor their electronic communications. The Cyber Intelligence Sharing and Protection Act (CISPA)[1], which passed through the House of Representatives twice but stalled in the Senate, would have compounded the threat of self censorship by granting companies greater immunity to share private user data with secretive government agencies. In June, it was revealed that the government has been secretly collecting the call records of Verizon customers under the PATRIOT Act and that the National Security Agency can access the servers of Google, Facebook, Apple, Yahoo, Microsoft and others to monitor users’ video calls, search histories, live chats, and emails. Concern is also growing over how domestic drones used for surveillance will affect individuals’ privacy] and how American web companies are in a sense privatising censorship through terms of service that restrict freedom of expression.

The First Amendment protects artistic freedom in the US, but fear of offence still motivates censorship and self-censorship. Nudity, pornography, obscenity and religious sensitivity are among the most common reasons visual art is censored from public space in the US. Censorship typically occurs at the gallery level where art is removed in response to controversy rather than through legal mandate. Donor funding can also dictate the type and content of art displayed. A US university removed a controversial climate change sculpture without warning in May 2012 when it upset a major donor from the energy industry. High sensitivity to political correctness and concerns about marketability sometimes lead artists to self-censor what they produce, and donor funding often dictates the type and content of art that is displayed. A growing trend of online crowdsourced funding for the arts is helping to overcome this barrier for specific projects.

Controversial books are still removed from or kept out of local public libraries across the country — in March 2013, for example, the Chicago public schools authority demanded the graphic novel Persepolis be removed from its classrooms — and music is regularly stripped of violent references  and profanity at stores and on radio due to private decisions or Federal Communications Commission mandates.

Increasingly strict copyright laws keep much art out of the public domain despite relatively liberal fair use provisions. Due to copyright extensions, which now extend to 70 years after the creator’s death, many creative works originally due to enter the public domain this year will not do so until 2052.

This article was originally published on 22 Aug, 2013 at indexoncensorship.org

In September 2019, London-based photographer Yumna Al-Arashi announced that one of her photographs, showing women in a hammam, had been taken down by Instagram because, according to the platform, it fell foul of the community’s standards on adult nudity. Name of Artwork: Shedding Skin Artist: Yumna Al-Arashi Date: September 2019 Brief description of the artwork [...] 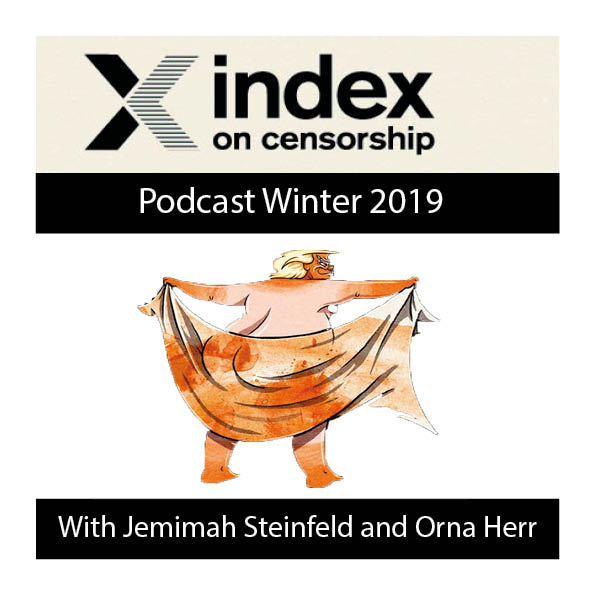 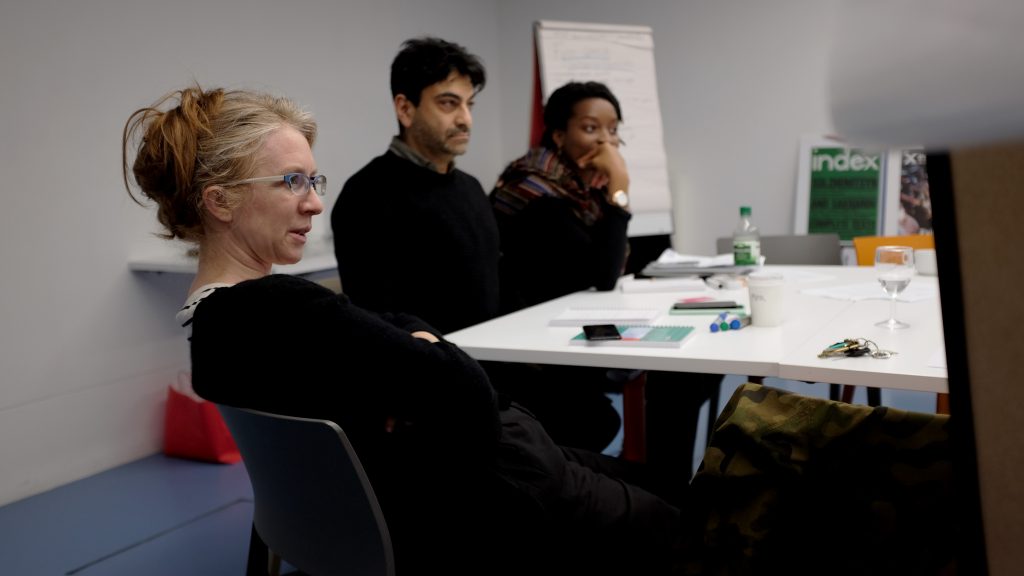 Media training forms a part of the curriculum. In recent years all manner of protests and sparring have been reported over matters of free expression - particularly on US college campuses, but also in the UK. The notion of free speech is having its limits tested - and sometimes this spills over into real-world violence. [...]