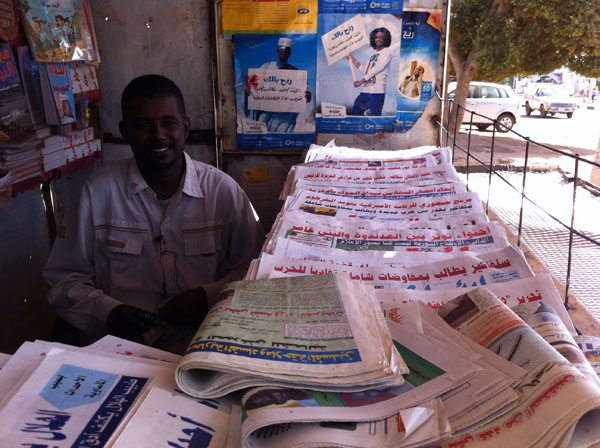 Three Sudanese columnists were prevented from writing by the National intelligence Security Services (NISS) after they condemned the Muslim Brotherhood in Egypt. Journalists Salah Awooda, Zuhair Elsrag and Rishan Oshi were banned from writing for between five to fifteen days during August after criticizing the Islamist group. This is part of a growing trend in Sudan for opinion columnists to be targeted by Government censorship, rather than newspapers.

Awooda, who works for the pro-government newspaper Alkir Lahza, was removed from his desk after he suggested that the Sudanese government’s criticism of the Egyptian military was hypocritical, as they also came to power via a military coup.

“They have suspended me because I condemned their contradictions about Egyptian events and claimed that they have acted as if they are democratic people,” Awooda says.

He also pointed out that the Sudanese government and its allied Islamists groups have organised demonstrations in front of the Egyptian embassy in Khartoum protesting against military action against the Brotherhood. Moreover, the official Sudanese media and others aligned with the Government have waged a campaign against the military intervening in politics in Egypt.

“I’m just surprised how they talk about legitimacy and democracy in Egypt,” he added,  “while they undertook a military coup against the democratically elected government in Sudan in 1989 and they didn’t apologise to the Sudanese people for what they did. This is double standards”.

Awooda has been suspended on three occasions over the last two months, without any legal basis, following telephone calls by NISS agents to his editor-in-chief. The columnist was barred from writing for a month, and then for a further two days, after he criticized Government censorship. He was then detained for 15 more days without any apparent cause. In 2010, Awooda’s appointment as editor-in-chief of independent daily newspaper Aljareeda was blocked despite his considerable experience as editor-in-chief of three newspapers.

“They have stopped me three times since last July without giving any official reasons” he says. “They just suspend writers according to their mood without any legal basis in NISS regulations or the current constitution.”

Sudanese journalists have been engaged in a long running battle with the government over press freedom. 15 independent and anti-government newspapers have been closed in recent years. Since 2011, about 15 columnists have been prevented from working by NISS, though some have been allowed to return to their jobs after being suspended. Five have gone on to write for web publications but now the government is preparing a new law on electronic media which may lead to further harassment. In September 2009 the Sudanese Constitutional Court in Sudan rejected an appeal brought by a group of journalists, writers and columnists against newspaper censorship by NISS.

In a report on freedom of speech published in May by the organisation Journalists for Human Rights (JHR), the Sudanese government is accused of continuing to restrain press freedoms. It noted that the Sudanese government, via the NISS, has started to put pressure on individual columnists leading to their suspension, rather than targeting newspapers as they used to.

“There are many reasons for this,” says Faisal Mohamed Salih, a Khartoum columnist and winner of the Peter Mackler Award for ethical journalism. “For a long time the NISS restrained the news and other types of journalism as they controlled the newspapers but they moved their attention to the columnists because they have become stars. Readers prefer to get their information in opinion columns instead of the news stories.

“The NISS has succeeded in controlling newspapers but they couldn’t do it with the columnists because they are not employees of the newspapers, unlike the journalists, and can publish information that journalists couldn’t do” Faisal adds.

Yassin Hassan Bashir, another columnist who has been stopped from writing, thinks that the columns are an easier target for NISS censors compared to essays and investigative stories, simply as they are quicker to read.

“Because they are shorter than other type of journalism,” Bashir says, “they can read them more easily. You sometimes find the same opinions in longer, more difficult investigative stories, but they ignore it. They are not aware enough to evaluate the longer or more complex articles or they are too lazy to read them all”.

Aldooma argues that while government censors still target newspapers, they do so less than in the past. As the nature of journalism in Sudan changes to more opinion journalism than news and investigative journalism columnists will be increasingly targeted. 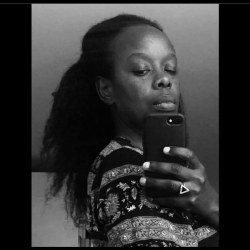