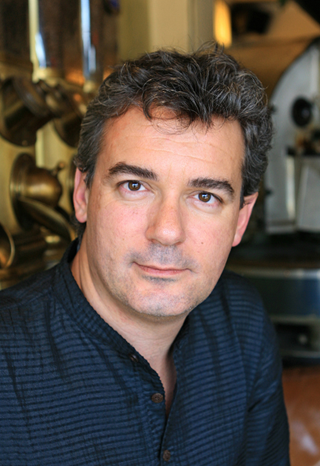 On 30 September, Bulgarian-German author Ilija Trojanow was travelling from Brazil to the US for a conference on German literature. That was his plan, anyway. At the airport in Salvador da Bahia, he was told his entry to the US had been denied. No explanation was provided then, and none has been provided since.

Trojanow is one of the main forces behind a 74,000 strong and growing petition against mass surveillance. Initiated and signed by some Germany’s biggest writers, the petition argues the government is bound by the constitution to protect its citizens against foreign spying.

His experience in Brazil exploded in the German media, but Trojanow seems more bemused than anything else.

“It wasn’t bad enough that governments are spying on everybody!” he says with a laugh. “What this shows is that general attacks on everybody and not individual victims, are too abstract. An individual case, even if it’s a minor one, can get more attention.”

While the incident did create more discussion around mass surveillance and caused a spike in the number of signatures, there is no doubt the petition already had widespread support. The issue of mass surveillance seems to have struck a particular chord in Germany. Trojanow believes this is due to their history.

“East Germany more than any other country in the former Soviet block has discussed its secret service files. It has been a dominant issue in the media. The archives are easy to access. Germans know how horrendous it is when the secret service is not under real control.”

He also thinks the famous German efficiency shines through even in this case. Many felt that something needed to be done about the mass surveillance, and when Germans set out to do something, they do it properly.

“It is quite ironic,” he adds: “Germans had democracy beaten into them. They were educated in democracy by the US and the UK. It seems they were good students!”

Trojanov himself has long been interested in the issue of state surveillance, with his 2009 book “Freedom Under Attack”, for instance, becoming a bestseller in Germany. For him, the issue carries a more personal dimension. Growing up in a Bulgaria, parts of his family were engaged in the struggle against the communist authorities.

“I am in the situation now where I am able to read transcripts of what adults in my family were saying, as our apartment was bugged.”

“What you realise is that when you have the attention of the secret service pointed at you, whatever you do is in some way proof of guilt. Even completely innocent things become potentially implicating.”

The petition was formally presented to the German government on 18 September, back when when it had 63,000 signatures. A month and ten thousand additional names later, they have still have yet to receive any sort of official reply. Still open, Trojanow and his compatriots now plan to take it global. As he says, mass surveillance is a worldwide challenge and cannot be tackled simply by and within one nation.

“I don’t understand why we wait until situation is completely unbearable. You start safeguarding your freedoms when they are attacked on the edges.”

This article was originally posted on 18 Oct 2013 at indexoncensorship.org

One response to “Surveillance critic barred from US”