NEWS
Denmark: arrest and protest as reading by controversial poet goes ahead

Yahya Hassan has caused nationwide debate with his poetry, which is critical of Islam and parts of the Danish immigrant community 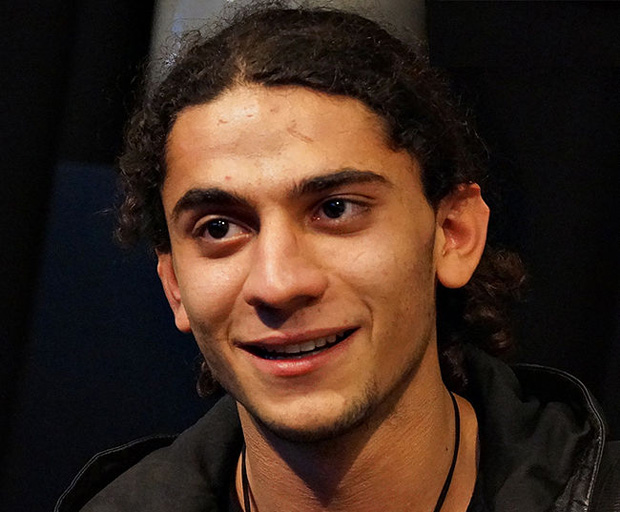 Against the backdrop of nationwide debate and with tight security, Danish poet Yahya Hassan yesterday took to the stage at H.C. Andersen School in the Vollsmose area of the city of Odense, for a much anticipated reading of his controversial work.

While the reading took place without serious disruption, a 19 year-old man was arrested “to keep the peace”. A group of protesters had also gathered outside, telling newspaper Extra Bladet Hassan was “trampling on our culture”, and a car from the broadcaster TV2 also had its tyres slashed. The police said they had turned several people away from the premises in the days leading up to the event, and a group of about 10-15 young men were also stopped from attending. Hassan himself was smuggled out of premises by the police after the event.

Hassan, a Palestinian-Danish 18 year old, rose to fame following an interview in daily Politiken in October, where he criticised his parents’ generation for, in his words, letting their children down. The interview was in connection with the release of his self titled debut poetry collection, which is heavily critical of Islam and parts of the Danish immigrant community. It builds on his experienced growing up in the deprived area of Gellerup in Aarhus.

He has been praised for adding a new voice to the debate on integration in Denmark, but there have been worries that the far right will use his work to their advantage. Hassan has also received a number of threats, and on 19 November, he was attacked while waiting for a train in Copenhagen.

The build-up to yesterday’s reading has not been free from controversy. It was initially to take place in Vollsmose Library, but was cancelled as police said it would pose a security risk and a threat to public order. The police wanted to move it to Odense City Hall, but Hassan and the organiser refused. Vollsmose, like Gellerup, is a deprived area and Hassan reportedly did not believe he would reach his intended audience in the city hall.

Finally, it was decided the event should go ahead after all, and took place yesterday, as planned, but at the H.C. Andersen School. There was a heavy police presence and even a flying ban over Vollsmose from 10 am on Tuesday, to 2 am today. There were reports of a £110000 price tag on the security measures, but Justice Minister Morten Bødskov said this was not an issue of police resources, adding that is the job of the police and county administration to ensure that the “framework for free and open debate” is in place.

This article was posted on 27 Nov 2013 at indexoncensorship.org

Milana Knezevic is the Assistant Editor, Online and News of Index on Censorship

One response to “Denmark: arrest and protest as reading by controversial poet goes ahead”