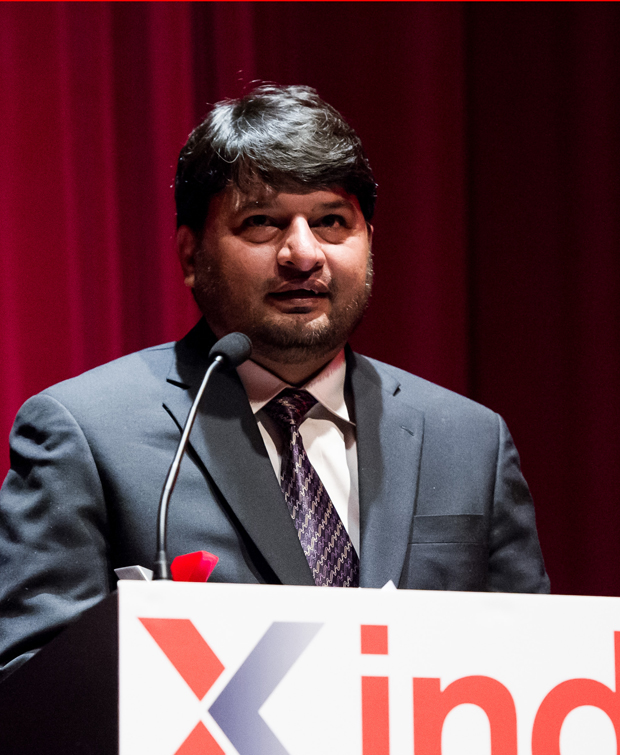 Thank you. I feel deeply honoured to be here today among the torchbearers of the freedom fighters. And I am truly humbled by this award. For there are so many who have struggled for our freedoms, for my freedom, crossing frontiers that I yet dream to cross.…they set the stage and I feel tiny next to their gigantic stature, their brave struggles and their monumental achievements. I stand here today, and speak as I speak, because of them.

And then there are all those who, like me, continue to struggle today. These are the unsung heroes of the human rights movement. And I would like to accept this honour, this award, on behalf of them, on behalf of each and every human rights defender who is putting his or her life and liberty at stake in trying to obtain the human rights we should all enjoy in this world.

We’re here today to celebrate our common struggle for the freedom of expression. Let me say, that to me this is the ultimate freedom: to me it means the freedom to live, to think, to love, to be loved, to be secure, to be happy. To be able to think as I do, and to be able to express what I think is inextricably linked with all my other freedoms. Hence my firm belief that Freedom of Expression forms the fountainhead from which flow all other freedoms. It is indeed the First Among Equals.

My personal struggle in Pakistan has been to bring this movement to the digital spaces – to contextualize our local predicament in light of the NSA and GCHQ revelations, for example. Censorship, surveillance, curbs on expression, and invasions of privacy in the digital spaces is rampant in my country now. The onslaught is led by government – but unfortunately extreme right leaning, and powerful lobbies are the other force that we have to contend with. These groups are violent, lawless, and often resort to vigilante action to try and silence us – while the states looks on. Either too fearful to intervene, or silently complicit.

Hence our struggle remains one both layered and complicated: on the one hand we resist the government’s infringements, and, ironically, on the other, we depend on the same government to protect our rights to life, liberty, security and freedom of expression against the very same vigilante action that continues unchecked throughout the country… We see it as our role to educate, and raise people’s awareness of their digital rights. We have to continue to provide the knowledge and language that can empower everyone to participate in this dialogue, in our country and globally, as technology evolves.

I want to thank many partners and networks who have helped and supported Bytes for All in carrying the torch in a such a hard and complex country. In particular, I would like to thank the Association for Progressive Communications (APC), Privacy International, Citizen Lab, Sigrid Rausing Trust, Forum-Asia, IDRC, Media Legal Defence Initiative, Global Partners-Digital, Frontline Defenders and Tactical Tech. Without you, we would not be where we are today.

Roosevelt said, “The only sure bulwark of continuing liberty is a government strong enough to protect the interests of the people, and a people strong enough and well enough informed to maintain its sovereign control over the government.” My inspiration and my goal remain embodied in these words.

Awards, like those presented by Index tonight, often say as much about the organisation who gives them as those who receive them. Index on Censorship plays a very important role in the UK in promoting and defending freedom of expression and as a result they are respected, considered a force to be reckoned with and serve as an example for many around the world. Giving the award to me tonight for our work in digital freedom says the same things about our work. It will inspire confidence in us to continue on this important path and illustrate to our government and fellow citizens that the future is here and that the world is watching. It also acknowledges the expertise, insight, commitment and capacity of those in Pakistan who will stand for nothing less than freedom and knowing this empowers us on the way forward.

Thank you for this important acknowledgement of our good work…it will serve as a great motivation and a sign of support for us all.

— Shahzad Ahmad, Bytes for All