NEWS
For defectors, getting out of North Korea is only part of the problem 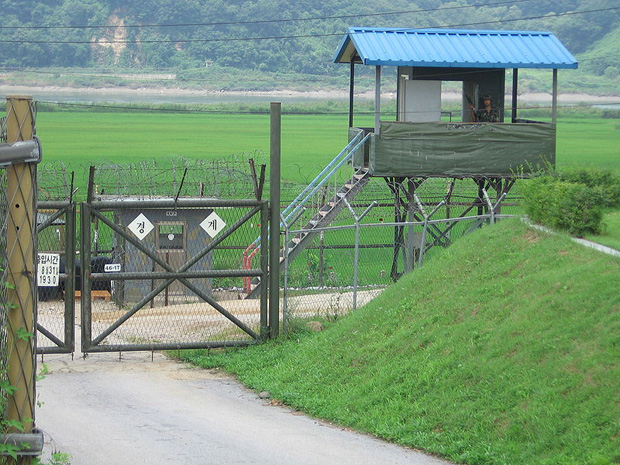 North Korea hit global headlines again last week. This was in part because of the UN resolution condemning the catastrophic, ongoing abuses against its people, in the wake of a 400-page report chronicling the country’s countless human rights violations. However, as much attention, if not more, was devoted to the curious case of state-imposed hairstyles. Again it seemed the world’s focus was fixed on the bizarre end of the spectrum of outrageous stories coming out of the hermit kingdom. But while reports of haircuts, hysterical grieving masses, Dennis Rodman and killer dogs — true or not — have spread like wildfire across social media, Kim Young-Il has gone about his work of fighting for the often forgotten rights of North Korean defectors.

Kim escaped North Korea himself in 1996. Forced to join the army as a teenager, he soon discovered that the military, like the rest of the country, suffered from malnourishment. North Korea experienced devastating famine throughout the 1990s, in no small part down to mismanagement by authorities. Together with his parents, he made the gruelling journey to China, where they stayed for four-and-a-half years as illegal immigrants. “I had every job you can imagine,” he says. Finally, tired of living in constant fear of deportation, they made their way to South Korea. Kim went to university, where he says frequent questions from fellow students writing on North Korea, made him think about his heritage. After graduating he set up the non-governmental organisation PSCORE to help those who, like he did, make the difficult decision to escape.

The risks of defecting are huge. Many are put off even trying by widespread rumours backed up by state propaganda, of defectors being interrogated and killed by South Korean authorities. The country’s near complete lack of freedom of expression makes such stories difficult to debunk. Simply getting out of North Korea is no guarantee of freedom either. Many defectors have to go through China, the regime’s powerful ally, which operates a strict returns policy for defectors. Returnees face a multitude of possible punishments, from forced labour to execution. “If China changes their stance, that wholly changes the situation,” Kim says. At present, however, there is little to suggest they will. For those managing to avoid return, the threat to family left behind looms large. Kim’s sister-in-law is a political prisoner today for speaking on the phone to his wife.

Kim’s reasoning was that he’d rather face these dangers than the prospect of starving to death in his home country. It appears many agree. Nobody knows the exact number of defectors, as many keep quiet about it due to dangers posed to loved ones. What is certain is that it has shot up because of the devastating effects of the famine. This has also changed the demographic of defectors. While it used to be an option utilised mainly by relatively high-level North Koreans, today people from all sections of society are making big sacrifices in hope of a better life abroad.

Part of the reason could also be that in the some 60 years since its establishment, life in the Democratic Republic has shown no signs of improving. Kim tells of a complex  and rigid class system, explaining that records of your grandparents’ position and occupation are used to determine your standing in society. The state decides who can be a doctor and who can be a farmer. Women have some possibilities for upward social mobility through marriage, but on the whole, your path in life is determined almost entirely by factors outside your control. That is, with one notable exception: “It’s difficult to move up, but very simple to drop down.”

This system, reassuring many North Koreans that there is always someone worse off than you, has played its part in deterring popular dissent and large-scale social uprising, Kim explains. That, and the crippling fear of a brutal regime acting with impunity. Asked whether any noticeable changes came with the change of leader, Kim said that any hope of the country opening up when Kim Jong-un took power following the death of his father, was quickly extinguished. The issue of South Korean pop culture is striking example. Kim Jong-un and his family are big consumers of their neighbours’ booming entertainment industry, while the official line is that it’s strictly prohibited. Kim says a man as recently found to be selling CDs with South Korean films and music. He was publicly executed to set an example for others.

So many head for China and hope. In China is where PSCORE’s work starts. Kim travels over several times a year to meet defectors and bring them to South Korea. Finding them isn’t always easy, and when he does, many are afraid to speak. “We don’t ask questions immediately. We try to identify with them first,” he explains, mindful of the rumours and propaganda they have been subjected to in the north. Many have gruelling journeys behind them. Nam Bada, PSCORE’s General Secretary, showed Index pictures of a girl’s feet, disfigured by frostbite. She lost her shoes travelling on foot in the snow. Others have used brokers; locals living in the border areas, charging to help defectors cross. The brokers are “just interested in profit, not human rights” says Kim, and estimates the price is currently between $2000-6000. The practise puts defectors, especially female ones, at risk of human trafficking. PSCORE have helped a number of women from being sold by brokers.

Once they reach South Korea, they’re interrogated by authorities. “90% of South Korea’s information about North Korea comes from defectors,” Kim explains. After that, they’re enrolled in a basic, three-month education programme, and then more or less left to their own devices. The transition from arguably the most closed society in the world, to one of the most open ones can be difficult. Kim highlight language as a big hurdle. North Korean has been completely shielded from outside influence for decades, while South Korean has been free to develop. And while there is no discrimination against defectors legally and on paper, Kim says they are often discriminated against.

It’s against this backdrop PSCORE are providing education to defectors and helping them adjust to their new lives. Kim compares the process to Maslow’s hierarchy of needs: “At first, people are just glad to be fed, but later they want more.” They also continue to campaign against North Korean human rights violations, which the aforementioned UN report described as “systematic, widespread and gross” and in many instances constituting crimes against humanity. Something to keep in mind the next time North Korea is in the news because of haircuts.

This article was posted on April 2, 2014 at indexoncensorship.org