NEWS
Russia's attack on internet freedom: "There is a lot of room for making things worse" 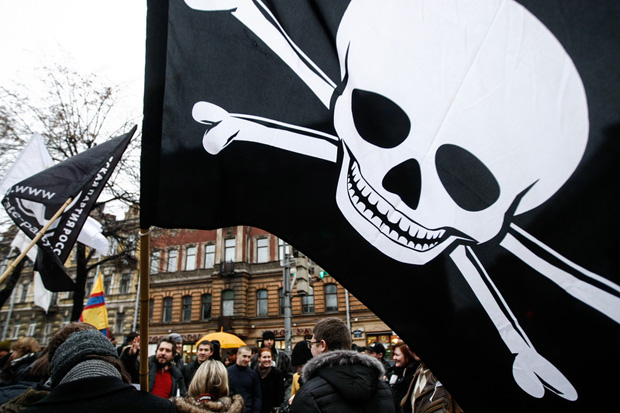 It’s been a bad week for the internet in Russia. On Monday, the founder and CEO of VKontakte — “Russian Facebook” — claimed to have been pushed out and that Putin loyalists are now in charge of the site. On Tuesday, the Duma adopted controversial amendments to an information law, targeting bloggers. On top of that, on the same day, opposition figure Aleksei Navalny was found guilty of slander over a Twitter post.

Pavel Durov said in a statement on Monday that not only had he been fired from VKontakte, but he had learned about it from the press. He added that Kremlin loyalists Igor Sechin and Alisher Usmanov now had “complete control” over the social network, and that “Probably, in the Russian context, something like this was inevitable”. He revealed in an interview with TechCrunch that he’s left Russia, and has no plans to come back — labelling the country  “incompatible with internet business at the moment”. VK, as it is known, is not the go-to platform for political expression, its users are generally quite young. However, the site has recently found itself in the spotlight of President Vladimir Putin’s regime, both over groups and accounts connected to the ongoing conflict in Ukraine, and, Durov claims, over Navalny‘s page.

Meanwhile, claimed to be a counter-terrorism measure, the new law forces any site with more than 3,000 daily visitors to register with authorities. It will then be considered a mass media outlet, with the potential of being subjected to blocking and fines for anything from failing to verify information posted, to using curse words. Bloggers could also be held responsible for comments posted by third parties on their site, while anonymous blogging may or may not be banned. If enforced, it would “curb freedom of expression and freedom of social media, as well as seriously inhibit the right of citizens to freely receive and disseminate alternative information and express critical views,” said the OSCE Representative on Freedom of the Media, Dunja Mijatovic.

While the amendment has yet to be signed into law, it appears to have already made an impact. Russia’s biggest search engine Yandex has removed its ranking of the country’s most popular bloggers, saying it is because the blogsphere has peaked and is losing ground to social media as a discussion platform. Incidentally, their decision was announced only days before the Duma representatives made theirs.

But these cases are merely the latest chapters in the ongoing saga of Russian internet censorship. While to some extent, the authorities have kept an eye on the internet since its inception, there was a time not long ago when their attention was firmly fixed on controlling the traditional media. But as TV news turned into little more than government propaganda machines (see the bizarre spectacle that is RT) Russians started looking for alternative platforms for real debate. Unsurprisingly, they found them on the internet, and it proved a relatively free space. The remarkable popularity of blogging site LiveJournal in Russia is one result of this; the rise of independent online news providers like Lenta.ru another.

But even then, there were those who realised the regime would turn its attention to the internet as soon as it clocked onto its potential power. And sure enough — the wave of internet repression we’re seeing today is widely believed to have started with the protests surrounding the elections securing Putin’s third term in power. Like the Arab spring, here too the internet was an effective organising tool.

Since then, continuous blocking and takedowns have been supplemented by more large-scale crackdowns, like the 2012 blacklisting of websites, and the range of attacks on online news sites, such as Lenta.ru,  TVRain and Ekho Moskvy, early this year. And while there are immediate and obvious effects of putting government loyalists in powerful media positions or simply shutting down outlets that show any sign of dissent from the official line, these actions also pose less overt threats to free expression.

“We should understand one thing — while technically these initiatives look not very sophisticated, in fact the entire strategy is very efficient because it provokes the rise of self-censorship among users, ISPs and even global platforms,” renowned Russian investigative journalist Andrei Soldatov explained to Index. “Many are becoming more and more cautious facing government pressure on the internet, not very predictable, and thus extremely dangerous.”

There is little reason to believe that authorities will call it a day with their latest moves. “Every time we wonder, is it possible to have more propaganda and more pressure, but then it turns out it is possible,” Tonia Samsonova, a correspondent for Ekho Moskvy and TVRain told Index. She says people used to believe they lived in a free society, or one that was on its way to becoming free, but then the situation deteriorated. And every time they think they’ve hit rock bottom, “someone is knocking from the underground and we realise we can go lower and lower and lower in terms of freedom,” she says. “And I think there is a lot of room for making things worse for internet freedom in Russia.”

Soldatov believes a possible next step involves forcing the likes of Google and Twitter on to Russian soil: “It’s very probable, given that some prominent Russian MPs already started putting global platforms under pressure (using as pretext the protection of personal data of Russian citizens against NSA espionage). The very last initiative was to forbid Facebook in Russia until the company relocates its servers with Russian citizens data on Russian soil, notably in Siberia, because it might help develop this region.” This initiative has not yet been made into a draft bill, but Soldatov says “the trend is quite obvious”.

Indeed, on a related note, recently passed legislation orders websites — including foreign ones with Russian users — to keep six-month records of user activity, and for that to be made available to the authorities. Whether big internationals like Facebook will comply when challenged remains to be seen.

“Their ultimate goal is to have no oppositional thinkers posting,” says Samsonova. With few signs of widespread public opposition to the authorities’ previous repressive moves, further erosion of internet freedom on the path towards this goal seems likely.

This article was posted on 25 April 2014 at indexoncensorship.org