NEWS
Liberalising internet governance: ICANN and the role of governments
01 May 2014
BY BINOY KAMPMARK 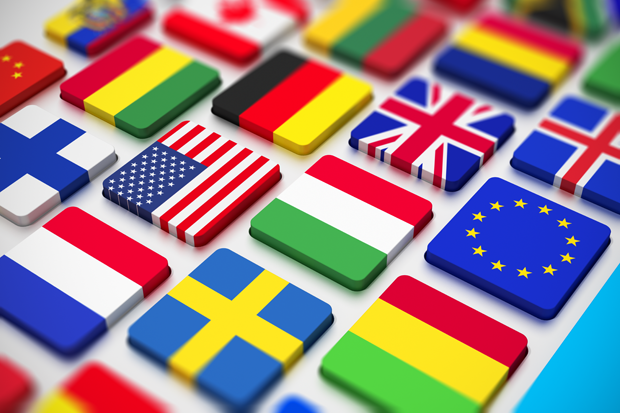 “ICANN’s mission is stewardship and operational stability, not the defence of its existence or the preservation of the status quo.”

There has been much debate this month among internet circles about the future of the Internet Corporation for Assigned Names and Numbers (ICANN).  Much of this was discussed at the NETmundial meeting in Sao Paolo, a suitable venue given Brazil’s desire to throw its weight behind reforming such bodies as ICANN.  Reforms are on the cards, but no one seems to be clear what exactly these will do to the way the internet is used. Sentiments of doom and gloom mix with utopian forecasts of freedom.

The NETmundial Multistakeolder Statement doesn’t reveal much, other than paying lip service to various principles (freedom of expression and association, privacy) and charting the roughest of roadmaps for future directions on Internet governance. Aspiration, be it in terms of transparency, accountability and collaboration, is key.

ICANN was incorporated in California on September 18, 1998.  Its creation was heralded as a loosening of the grip by US authorities on the operational side of the Internet, tasking a company to take over administrative duties.  ICANN plays a leading role in dealing with the distribution of IP addresses and the management of the Domain Name System (DNS).

As far back as February 2002, the organisation’s president, Stuart Lynn, saw the need for reforms of the body.  Reforms had to “replace ICANN’s unstable institutional foundations with an effective public-private ownership, rooted in the private sector but with the active backing and participation of national governments.”  Tensions of management are fundamental – keeping an eye on “high-level elements of the Internet’s naming and address allocation systems” while avoiding intrusions that would stifle “creativity and innovation”.  That tension has never been resolved.

On Mar 14, the National Telecommunications and Information Administration (NTIA), based in the US Department of Commerce, announced that its grip on ICANN would be loosened.  “The timing is right to start the transition process,” claimed Assistant Secretary of Commerce for Communications and Information, Lawrence E. Strickling.  “We look forward to ICANN convening stakeholders across the global Internet community to craft an appropriate transition plan.”

John M. Eger, Director of the Creative Economy Initiative at San Diego State University, was enthusiastic.  “The US Government’s decision to end oversight of [ICANN] represents an opportunity for US leadership creating global ‘e-government’ systems to solve international law enforcement and terrorism problems, develop global education and environmental initiatives, and in turn, start using the Internet as a platform for advancing a new foreign-policy agenda.”

Eger’s overview is counter-intuitive – to shape internet governance, to seize the day, as it were, in such areas, one has to liberalise such bodies as ICANN and lessen the grip.  Technology can be better managed and directed if the big holders release the creation.  The Internet can become both a tool of open governance if the Obama administration embraces a “multistakeholder model”. “Letting go of ICANN gives the US momentum to more aggressively breathe life into the thousand[sic] of applications, which more truly internationalise its usefulness to nations, and to the world community.”

Eger’s observations are problematic on one direct level.  US leadership in such areas has tended towards bullying and cajoling negotiating partners in accepting a supposedly universal premise in implementing its own specific policies. Nothing demonstrates that more acutely than the current secret Trans-Pacific Partnership Agreement talks.  Ostensibly geared to accelerate trade liberalisation, the leaked chapters of the document suggest that Washington is keen to impress strict, even draconian intellectual property provisions on potential signatories. What can’t be done through Congress can be smuggled in via international treaty.

The suggested relinquishing of control by the US Department of Commerce has not been deemed a wise gesture on the part of such individuals as Sweden’s minister for foreign affairs, Carl Bildt.  In relinquishing such control, internet governance would be altered, allowing other states to throw their hats in the ring.  Bildt is convinced that widening such involvement on ICANN is not “the way to go.”

Bildt’s concern is paternalistic.  Opening such doors will let in rather unsavoury characters keen on over-regulation.  “Net freedom is as fundamental as freedom of information and freedom of speech in our societies.”  Despite extolling such virtues, he has proven rather enthusiastic about dousing the flames over the NSA revelations of blanket surveillance, arguing that the Swedish FRA is, in fact, a defender of online freedoms.  Visions of governance tend to vary.

Bildt also chairs the Chatham House and Centre for International Governance and Innovation Inquiry, created to examine the Snowden legacy and state censorship of the Internet.  In a statement in January, the inquiry partners emphasised that “a number of authoritarian states are waging a campaign to exert greater state control over critical internet resources.”  They are far from the only ones.

The short of it is that governments are compulsive meddlers.  As attractive as the rhetoric of liberty and freedom might be, intrusive governance is still regarded as acceptable.  The Brazilian Minister of Communications, Paulo Bernardo, considers virtual crimes and cybersecurity as vital areas of government policy.  He did concede that “protocol standards and domain names registration can be perfectly controlled by the technical community.”

The language of Nikolai Nikiforov, Russian representative at NETmundial, proved more muscular.  “Being subject to international laws, states act as grantors of rights and freedoms for citizens, play a role in the economy, security and stability of internet infrastructure, and undertaken measures to prevent, detect and deter illegal actions in the global network.”