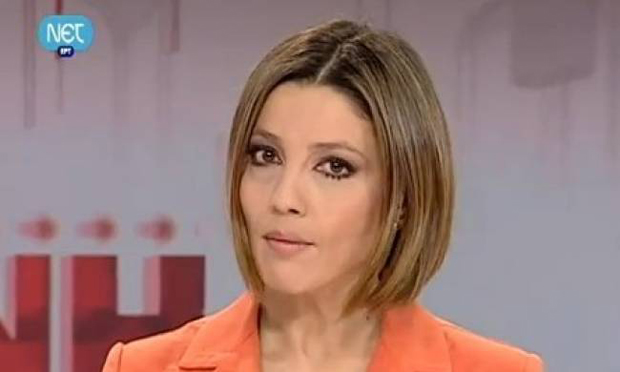 Freedom of information and media’s role as a “watchdog” has deteriorated in Greece over the past six to seven years, as a result of the economic crisis and the fiscal agreements signed by the Greek government.

Marilena Katsimi, journalist and general secretary of Journalists’ Union of Athens Daily Newspapers (ESIEA) — the largest journalist union in the country — was targeted in October 2012 for commenting on air about the response by Nikos Dendias, ex minister of public order, to an article published in the Guardian. The article mentioned allegations of police brutality against protesters.

Katsimi with her colleague Kostas Arvanitis were suspended for voicing mild criticism, sparking reactions in the journalistic community and on social media.

Index on Censorship spoke with Katsimi about how censorship is exercised in Greece, and to what extent journalists are allowed to report on social struggles in the country.

Index: How would you describe the media censorship in Greece in recent years?

Katsimi: Listen, I want to be clear. There was always censorship in most of mainstream media in Greece (TV, newspapers, radio). It appeared mainly with the form of self-censorship; we all knew for whom we were working for and what we were “supposed” to say or to report.

However, as a reporter for the international news desk of ERT (Hellenic Broadcasting Corporation), the ex state-owned broadcaster, I have experienced a high degree of freedom in reporting. I can’t recall any incident of being targeted at my time there, even when I took a firm stand on certain news reports.

When we were working for the morning news magazine, together with my colleague Kostas Arvanitis, I tried to be fair and balanced according to the journalistic principles a public broadcaster should adhere to: objectivity, plurality etc. In this context, I managed to speak my personal opinion several times without being censored.

However, since the fiscal agreements between the Greek government and the troika and the austerity measures that followed up, we clearly saw that much was about to change.

Initially, the duration of the broadcast was cut by two hours with no convincing explanation. Later on, we were suspended because we commented on the response of Nikos Dendias, ex minister of Public Order, to an article published in the British newspaper The Guardian.

And then came the closure of ERT. In my opinion, it was a move by a suppressive regime that wanted to manipulate public opinion and exclude any opposition voice.

Index: Could you give us some other examples of censorship?

Katsimi: As a general secretary of ESIEA, Journalists’ Union of Athens Daily Newspapers, I am responsible for the new members that join the Union.

While discussing censorship issues with the 70 new members about to register in ESIEA, I was informed that “censorship pressure was unbearable”. Editors-in-chief, media executives and other managerial staff told journalists in an overt way that “this is the proper way” of reporting while expecting from them “a certain political twist” in stories.

Let me give you another example, the one of privately-owned ANT1 TV. On the eve of the Euro elections in May, the main news bulletin of the station reported unsubstantiated information on opposition party SYRIZA’s alleged internal disagreements about getting out the vote from Golden Dawn (neo-nazi party) sympathisers! At the same time, the bulletin overemphasised that a possible outcome in favour of SYRIZA would destabilise the country and it would be a serious political accident.

After some contacts I made with journalists from privately owned ANT1 TV, I was told that there was a straightforward message on how to “report” the news and “shape” these stories. However, there has not been a single official complaint because many fear of losing their job.

For years, in privately owned media, journalists struggled to express their own voice and criticism through their reports — but now things have gotten much worse.

Index: Can you say something about the conditions in the newspaper sector? It seems that censorship comes always with a great loss of jobs.

Let me say that as a union we do our best so that nobody stays unemployed, however, we have to face this grim reality in the media sector. In consultation with journalists’ assemblies and their representatives we try to push employers to pay on time and pay back compensation that they owe to media workers.

Because of the economic stalemate, there is a huge difficulty for most of the media to take loans from banks and continue to be viable. This in turn, functions as an excuse for media owners to put all sorts of pressure on journalists. They are often being threatened with layoffs in case they refuse a salary reduction; and bear in mind that those still with a job have already seen their salary vanish.

At the moment 400 journalists — members of ESIEA have already contacted our legal department to exercise their right of labor lien. All these cases refer to the three years between 2011-2014.

Index: Let’s get back to content issues. How would you describe media reporting on the major social and political problems in the two years before the EU parliamentary elections in May?

Katsimi: I think that news criteria in Greece vary according to the interests of the particular media outlet. For years, there were hardly any “quality” papers which tried to criticise government policies in an honest and healthy manner. At the same time there were plenty of “tabloids” which reported on the basis of populism and sentimentalism.

However, in my opinion, mainstream media and especially those that supported government policies without doubts or second thoughts, are the ones that did not give space to the social struggles in the form of strikes, anti-fascist rallies, demonstrations and confrontations with the police.

When it came to major news stories like the mining conflict in Skouries, Northern Greece, most of the media failed to report the amount of dissent and the size of the demonstrations that took place in that area and in other big cities. The story of Skouries was by all means a “scoop” of citizen, grass-roots journalism — it rang a “bell” to those who still carried on with a “journalistic consciousness”.

Another example is the Golden Dawn case. Not until international organisations and media outlets shed a light on the role of the neo-nazis, did mainstream media “discover” the phenomenon and attempt to report on it.

I’ d like to add that several social issues like the right to citizenship or human rights abuses against immigrants, asylum seekers and other minorities, were not reported at all or they were downplayed by “right wing” newspapers.

Index: So, what about the future?

Katsimi: After the public broadcaster’s shutdown and the launch of the new state-run broadcaster NERIT, all I see is that the government succeeded in suppressing alternative opinions and controlling, more than ever, public broadcasting.

On the other hand, there is still hope in citizen journalism and in new media collectives that are not bound to big economic interests and are free to report on social issues mainstream media neglect.

This article was published on Wednesday, 24 Sept 2014 at indexoncensorship.org