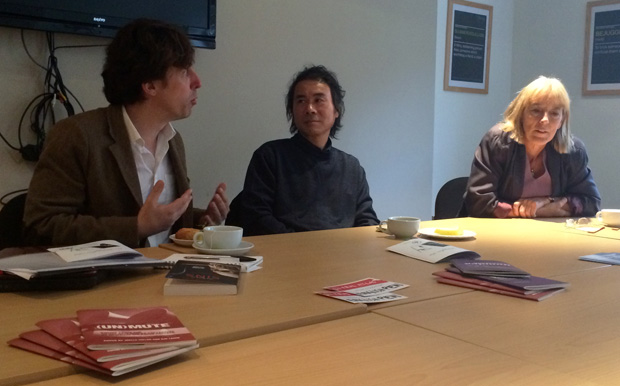 Chen Xiwo, described as “one of China’s most outspoken voices on freedom of expression for writers” by Asia Sentinel, has spoken about how he challenged the Chinese government’s decision to censor his latest book ahead of its launch in English.

The Book of Sins is a collection of seven novellas exploring controversial topics including rape, incest and S&M and examine the links between sexual and political deviance.

A heavily censored version of the book was published in China, in which parts of the text, including an entire novella, were removed.

Xiwo launched a case to sue China’s customs agency in an attempt to find out why his book, which was published in full in Taiwan, had been confiscated when it arrived in China in 2007. He was originally told that it was its dark and pornographic nature that had led to it being banned in its complete form.

In an unprecedented move, Xiwo took the customs office to court. He said in the history of the People’s Republic of China, since 1949, there has never been a case of a writer suing for not being allowed to publish a book.

Originally when the court hearings got underway the domestic news outlets were able to report on the progress until the propaganda ministry sent out an order forbidding further coverage.

During a meeting today run by English PEN at the Free Word Centre in London, Xiwo said: “These days these kind of orders are usually just made by phone call, so they won’t send an email where there’ll be a record, they do it by phone.

“This makes it even harder to get to the bottom of who’s banning what and why they’re doing it, because there’s no record.” 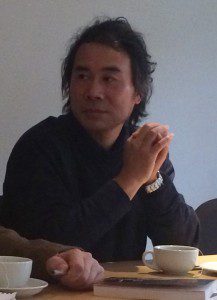 Eventually the court ruled that Xiwo’s case was a matter of national security, which ended further questions on the topic.  In a blog entry for Free Word, Xiwo writes: “The Book of Sins had been impounded because it was deemed a threat to ‘national security’. In fact, they completely dropped the charge of obscenity. That meant they did not have to divulge any further information, or even say who had made the final decision.”

Xiwo’s book has now been translated into English by prolific translator Nicky Harman, who said: “Chen is a highly moral writer in my view.  The sex and the small amount of violence, it’s never gratuitous.  He really focuses on feelings, he has a good attitude towards women, he’s not misogynistic.”

One of the most provocative stories within the book, I Love My Mum, is about a disabled man who strikes up an incestuous relationship with his mother which ultimately ends in him murdering her. The novella is metaphorical of Chinese society and remains banned in the country.

When asked if he would challenge the banning of his books again, Xiwo said that it is inevitable future books of his will be banned, but he cannot launch a case for every one of them.

Although Chen Xiwo has written 10 books, he says only six or seven of these have been published in their complete form. The Book of Sins has won an English PEN award. Chen Xiwo will be launching the English translation of the book at Waterstones Piccadilly, tomorrow 7 October, at 7pm.

This article was posted on 6 October 2014 at indexoncensorship.org