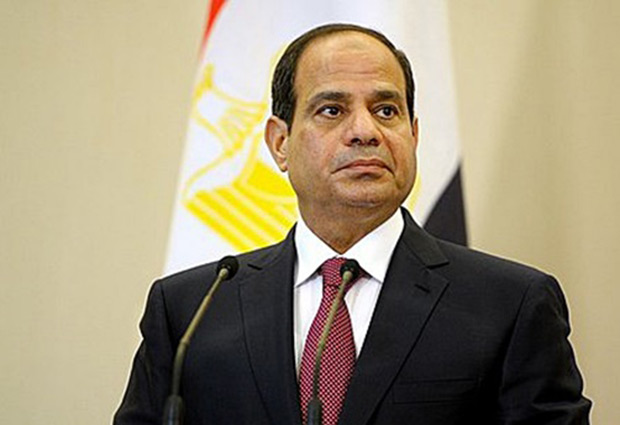 In a rare show of defiance, hundreds of Egyptian journalists have objected to a “statement of allegiance” to the government signed by editors-in-chief of the main state-owned and independent newspapers.

More than 600 Egyptian journalists signed an online petition defending press freedom and rejecting censorship in all its forms. The move came in response to a loyalty pledge by 17 editors-in-chief of newspapers to refrain from criticizing the police, the military and the judiciary at this sensitive time when Egypt was “at war with terrorism.”

The journalists dismissed the editors’ statement as “a futile attempt to create a one-voice media,” arguing that “fighting terrorism had nothing to do with voluntary abandonment of freedom of speech.”

“The editors’ statement is not worth the ink used in writing it,” Dina Samak, deputy editor-in-chief of the English language semi-official Ahram Online and one of the journalists who signed the petition, told Index on Censorship.

“The terrorists will win when they can control the media, and the state will fall when it agrees on the same goal,” said Khaled El Balshi, a journalist and board member of the Journalists Syndicate, who helped draw up the petition for press freedom.

In a show of solidarity with Egypt’s military-backed regime, the editors had gathered at El Wafd newspaper headquarters on 26 October to forge “a united front against terrorism”, expressing their “rejection of attempts to cast doubt on state institutions.” They also vowed to take measures to halt what they called the “infiltration by elements supporting terrorism” in their publications — a reference to supporters of the outlawed Muslim Brotherhood, designated as a terrorist group by Egypt last year.

While the move did not come as a surprise to many — as it was already clear that the majority of media outlets had aligned themselves closely with the government since the military takeover of the country in July 2013 — the “loyalty pledge” by the editors was nevertheless unusual even in a country where the media was in lockstep with the regime.

“We wanted to deliver a message to citizens that the media is with the state in fighting terrorism,” he told NPR Radio shortly after signing the statement.

“At this time of heightened nationalism, the climate does not allow for any criticism of the government,” he added.

The move came in response to a call by President Abdel Fattah El Sisi for Egyptians to rally behind him in his fight against terrorism following two deadly militant attacks on an army checkpoint in North Sinai on 24 October that killed 33 army soldiers and injured at least a dozen others. The militant assaults were the latest in a string of attacks targeting mainly security forces — but at times, also civilians — since the overthrow of Islamist President Mohamed Morsi in July 2013. The attacks have prompted a surge in nationalism and a heralding of a so-called “war on terrorism” waged by the military against suspect-militants in the Sinai Peninsula. The violence has also resulted in a massive government crackdown on dissent that has targeted all opposition including journalists critical of regime policies.

Six journalists have been killed and dozens detained since the military took power in July 2013, according to the New York-based Committee for the Protection of Journalists. While most have been released, at least 11 journalists remain behind bars for no crime other than being at — or near — Muslim Brotherhood protest sites. Among the detained are three journalists working for the Al Jazeera English news network who have been sentenced to between seven and 10 years in jail on charges of “threatening national security, fabricating news and aiding a terror group”.

The crackdown on the media has led many journalists to practice self-censorship for fear of being imprisoned, killed or labeled “unpatriotic” by an unsympathising Egyptian public. Meanwhile, the statement released by the editors has fueled fears among press freedom advocates of a further shrinking in the already-dwindling space for freedom of expression in Egypt.

Adel Hamouda, an Egyptian journalist and former editor-in-chief of Al Fajr, meanwhile, criticised the editors’ statement as “uncalled for“.

“It is an attempt by the editors to win favour with the regime for the sake of personal gains,” he told Index. He explained that all Egyptians — except those supporting the Muslim Brotherhood — support the state in its war on terror so it is “meaningless” to publicly assert their support. He further noted that all media organisations were required to seek approval from the Armed Forces Morale Affairs Department before publishing or broadcasting any news about the military.

The majority of the independent media outlets that signed the statement belong to wealthy businessmen with close links to the ruling military-backed regime. They are fully aware that publishing any criticism of government policies would ruffle feathers and likely jeopardize their business interests. All top editors were appointed by the Higher Press Council shortly after Morsi’s overthrow in July 2013. Their selection was clearly based on their willingness to cooperate with the regime rather than their merits. Shortly after Morsi’s ouster, a leaked video on YouTube showed then-Defence Minister Abdel Fattah El Sisi asking senior generals to “establish partnerships with media outlets to curb any criticism of the military”. An independent journalist who spoke on condition of anonymity told Index that days before Morsi’s ouster, she had been approached by security officials who promised her “fruitful rewards” if she joined the “winning side” — a clear reference to the country’s powerful security apparatus that drove the uprising against the democratically-elected president.

In the coup’s aftermath, most editors and TV talk show hosts have persistently lionised Sisi and cheered on the military while demonising the Muslim Brotherhood, the Islamist group from which former President Mohamed Morsi hailed.

The media in Egypt has traditionally been a propaganda tool for whoever is in power. Various successive regimes have used the state media as a mouthpiece to further their political gains. Under Mubarak, all editors-in-chief of the state-owned newspapers were handpicked by his powerful Minister of Information Safwat El Sherif who presented the list of chosen candidates to the Shoura or Consultative Council, the upper house of parliament dominated by members of the then-ruling party, the National Democratic Party, for ratification.

In the months following the fall of Mubarak, there was a brief period of free expression and a loosening up of restrictions on the media. Press freedom — one of the major gains of the 2011 mass uprising — was short-lived however as the Supreme Council of the Armed Forces (SCAF) which replaced Mubarak, quickly moved to exercise control over the media. During its one year in office, the SCAF confiscated newspapers, ransacked the offices of foreign news networks and investigated journalists critical of the military. Shortly after Morsi won the elections — becoming the country’s first democratically elected president — he too reneged on his election promises to promote freedom of speech, appointing a Muslim Brotherhood member as minister of information. The Muslim Brotherhood-dominated Shoura appointed regime loyalists as senior editors of state-owned dailies, repeating the Mubarak-era practice that allows tight government control over the media. The move provoked an outcry from non-Islamist journalists who held protest rallies and threatened to resign their posts.

Almost immediately after Morsi’s overthrow, all Islamist-leaning newspapers and TV channels were shut down by the new authorities — a move that sent a message to journalists that there was little tolerance for dissent in Egypt, post-3 July. The last sixteen months have seen a return of the media censorship reminiscent of that which prevailed under Mubarak. Newspapers that published articles deemed “controversial” by the authorities, have been pulled off newsstands and confiscated. In October 2014, a print edition of the independent Al Masry Al Youm was confiscated by government censors for publishing an interview with former national security intelligence chief Mohamed Gebril in which he was quoted as saying that “no Israeli spy has ever been executed in Egypt”. The paper later appeared on newsstands, albeit without the interview. Months earlier, columnist and screenwriter Belal Fadl resigned from the independent Al Shorouk after the paper’s management allegedly refused to publish his column ridiculing the promotion of Sisi (who was defence minister at the time) to the rank of field marshal. Fadl was accused by pro-military commentators of being a “traitor” and “a fifth columnist plotting to destroy the country”.

Several editors who signed the statement of support to the government are also known to be part of a fake opposition created by Mubarak to give a semblance of free speech and democracy. Like other pro-regime editors, they too have persistently glorified the military and vilified the Muslim Brotherhood. And they have gone a step further, slandering the January 25 Revolution as a “foreign conspiracy” and labelling the secular opposition activists who mobilised public support for the 2011 mass protests “traitors” and “foreign agents.”

Mostafa Bakri, editor-in-chief of Al Osbou — and one of the editors who signed the loyalty pledge — has recently been summoned by the public prosecutor after several legal complaints were filed against him by private citizens for “fabricating news” and “slandering the January 25 Revolution”.

Meanwhile, the journalists behind the online petition for press freedom are planning to form an independent association to advocate freedom of expression. While this is a step in the right direction, press freedom advocates fear the negative effects of the editors’ pledge of allegiance are already being felt.

“Their statement was perceived as a warning message by the younger, less skilled journalists, many of whom are now practicing self-censorship for fear of losing their jobs or in a bid to win favour with the management and get promoted,” lamented Dina Samak.

Despite the setback, the battle for press freedom is on.

“It is a battle pitting the younger, pro-reform journalists against the old regime loyalists, resisting change,” Amany Kamal, a former radio presenter told Index. Kamal was forced to quit her job as a broadcaster with a state-run radio channel after being accused by the management of sympathising with the Muslim Brotherhood. “But we shall win,” she said.

This article was published on 24 November 2014 at indexoncensorship.org