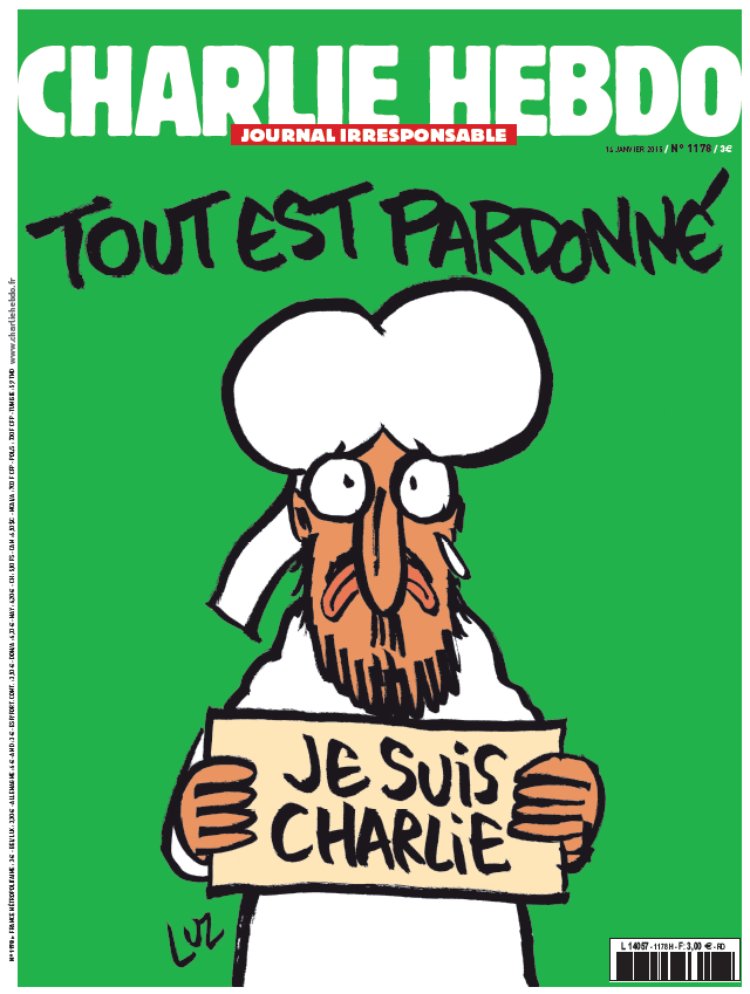 Tout est pardonne or all is forgiven, the first post attack cover of Charlie Hebdo

Voltaire has been quoted endlessly in support of free expression, and the right to agree to disagree, but British author Neil Gaiman, who discusses satire and offence in the latest Index magazine, also had it right. “If you accept — and I do — that freedom of speech is important,” he once wrote, “then you are going to have to defend the indefensible. That means you are going to be defending the right of people to read, or to write, or to say, what you don’t say or like or want said…. Because if you don’t stand up for the stuff you don’t like, when they come for the stuff you do like, you’ve already lost.”

In the coming weeks, Index will redouble its efforts to build greater understanding of the benefits of free speech, to promote a better informed and wider public debate on censorship, and on offence. We will run a series of articles, public debates and workshops to encourage people to consider what it really means to support free expression, with the aim of reversing a tide of censorship-by-offence, and encouraging more speech, not less.

What can you do? Join the debate. #Keeptalking 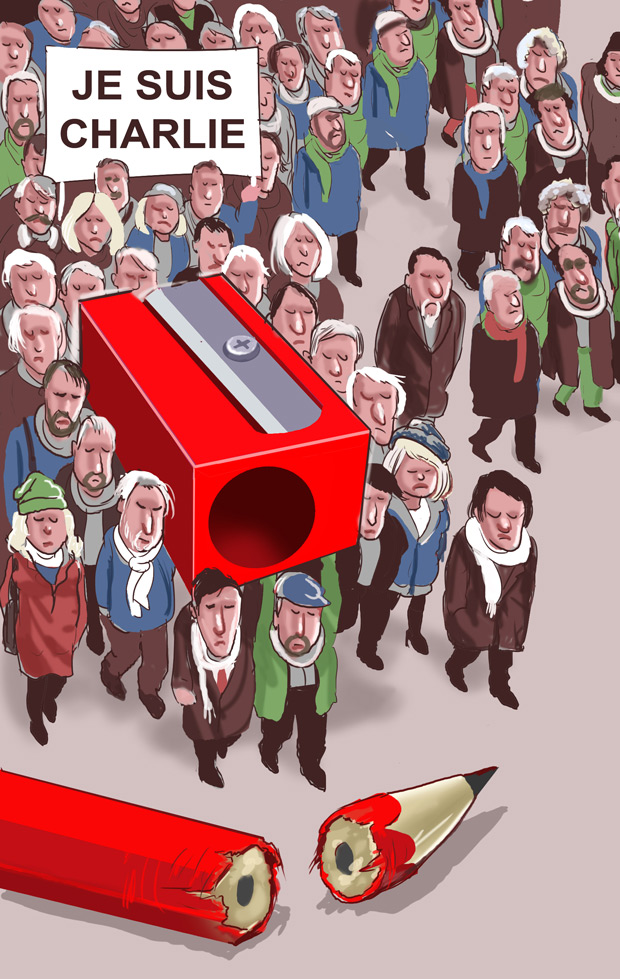 Editorial cartoon courtesy of Turkish cartoonist Musa Kart, who has been targeted for prosecution by Turkey’s President Recep Erdogan.