NEWS
Bahrainis are upset with John Legend -- here's why 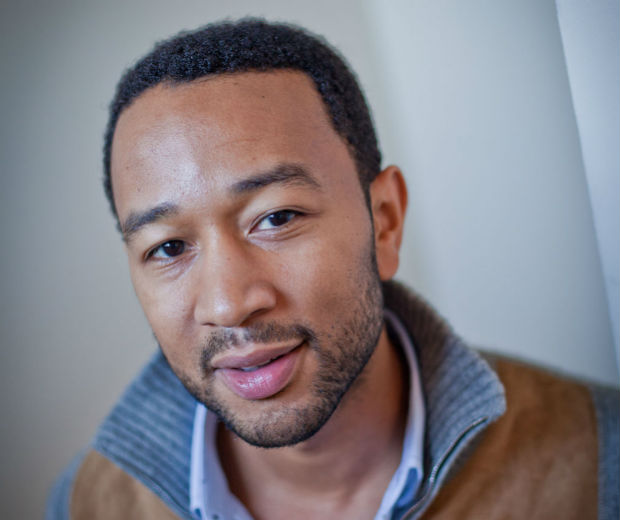 Grammy and Oscar-award winning American singer John Legend is set to perform in Bahrain on Monday 2 March, according to the organisers of Bahraini festival Spring Of Culture 2015.

“While sitting at his gleaming grand piano, accompanied by the subtle brilliance of four string instrumentalists and a guitarist, the 35-year-old crooner captivates his audience at the simply wonderfull (sic) intimate venue,” reads the promotional blurb on the festival’s website. And it looks to have been a popular booking, as tickets reportedly sold out in hours.

But many are unhappy with the concert going ahead, due to Bahrain’s poor human rights record. The Gulf monarchy has seen significant protests since 2011 calling for democracy and human rights, which have been cracked down on by authorities. “The government continued to stifle and punish dissent and to curtail freedoms of expression, association and assembly,” Amnesty International said of Bahrain in their recently released annual report.

Among those speaking out against the show, was prominent human rights defender Maryam Alkhawaja. Her father and sister are currently imprisoned in Bahrain on charges related to their campaigning work.

.@johnlegend ur performance in #Bahrain will b used 2 whitewash regime violations which include: systematic #torture, extrajudicial killings

.@johnlegend song #Glory is an inspiration to everyone fighting for rights. Your integrity is at stake if you perform it in #Bahrain — BIRD (@BirdBahrain_) February 26, 2015

People should pressure signer @johnlegend who claim to love civil rights so he would cancel his trip to support AlKahlifa Moanrchy #Bahrain — Ali AlAhmed (@AliAlAhmed_en) February 26, 2015

Nabeel Rajab, another famous human rights campaigner, also reached out to Legend on Twitter. Rajab was in January sentenced over a tweet where he allegedly “denigrated government institutions”. He was today again summoned by Bahraini police, and fears he can be arrested “at any time“.

.@johnlegend – In #bahrain thousands are incarcerated for peaceful protest and many of them are #Children #glory pic.twitter.com/DO1JzMWhRi

Many expressed disappointment that Legend, who on numerous occasions in recent times has spoken out on racism and injustice in his native US, would perform in Bahrain given the country’s current political situation.

As someone speaking out against incarceration in the US, shocking that @johnlegend is going to sing in Bahrain with 3000 political prisoners — Ala’a Shehabi (@alaashehabi) February 25, 2015

Bahrainis have made their own version of @johnlegend‘s Glory, about their struggle for freedom and human rights https://t.co/hVB4ug2PsP

It would be a fantastic statement of solidarity against oppression for @johnlegend to refuse to perform in #Bahrain. Please consider it. — Daniel Wickham (@DanielWickham93) February 25, 2015

.@johnlegend how can one of today’s most politically thoughtful artists play Bahrain with 1000s of political prisoners? Via @alaashehabi — Marc Lynch (@abuaardvark) February 25, 2015

Marc Lynch also expanded on his thoughts in an open letter to Legend:

You have emerged as a voice of conscience in today’s America. In your writing, performances and speeches you have proven yourself to be a principled champion of equality who is unafraid to speak out for what is right. Last year, you wrote that “As I watched the final version of Selma, I did so with the backdrop of the streets of many of our major cities filled with protesters, crying out for justice after yet another unarmed black person’s life was taken by the police with impunity.”Bahraini lives have been taken by the police with impunity as well, and Bahraini lives do matter. I hope that you will think deeply about the implications of performing in a country like today’s Bahrain, where the violence of an unaccountable police against peaceful protestors mirrors everything against which you have spoken out at home.

While some called for a cancellation of the show, others urged Legend to use his platform to speak out about human right abuses in Bahrain, as he has done in the US.

If @johnlegend decides 2 go thru with #Bahrain shows, he must bring the msg of “Glory” to a country with extreme human rights violations. — Kelsey Waxman (@kkwaxman) February 25, 2015

But not everybody agreed with the criticism.

The stupidity of some people is unreal. Asking John Legend not to come to Bahrain due to protests (that aren’t even important anymore) is… — Moh’d (@MohamedK62) February 26, 2015

This isn’t the first controversial celebrity visit to Bahrain. In 2012, reality star Kim Kardashian visited the country to launch a Millions of Milkshakes store. As Index’s Sara Yasin wrote at the time: “Bahrain is no stranger to using flashy events to attempt to whitewash its tarnished international reputation.”

John Legend has responded to the criticism, saying that “the solution to every human rights concern is not always to boycott” and that he hopes “to meet the many people who are peacefully struggling for freedom, justice and accountability, regardless of what country they live in”. Full statement below, via The Independent:

Some have recently suggested that, due to documented human rights abuses by the government of Bahrain, I should cancel my upcoming concert there.  After consulting with human rights experts, I decided to keep my commitment to perform for the people of Bahrain, many of whom I am proud to call my fans, during their annual festival. I have spent quite a bit of time thinking about human rights, civil rights and other issues of justice, both in the United States and abroad. The solution to every human rights concern is not always to boycott.  Most of the time I will choose to engage with the people of the country rather than ignore or abandon my commitments to perform for them. Often, the best way to drive progress is to show up and participate in the conversation. As we move this work forward, I hope to meet the many people who are peacefully struggling for freedom, justice and accountability, regardless of what country they live in, and tell them directly that I stand with them. Part of my mission in life is to spread love and joy to people all over the world.  I intend to do just that in Bahrain, regardless of my disagreements with some of their governments’ policies and actions.

This article was posted on 26 February 2015 at indexoncensorship.org