MAGAZINE
A singular voice: Anish Kapoor on why artists have a duty to stand for freedom of expression
26 Sep 2011
BY NATASHA SCHMIDT 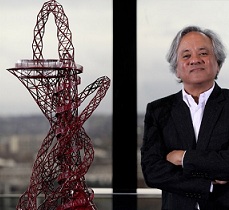 Earlier this year, the arrest and detention of Ai Weiwei, China’s most famous artist and Index contributor, caused an international outcry. In an exclusive interview with Index, celebrated sculptor Anish Kapoor explains why artists have a duty to take a stand for freedom of expression

Index: When you made the decision to withdraw from the show in Beijing and to make a stand for Ai Weiwei, had you ever made that kind of political gesture before?

Anish Kapoor: When Ai Weiwei was arrested, I was doing this work in Paris at the Grand Palais [‘Leviathan’, pictured below]. I thought about it long and hard –– should I, shouldn’t I dedicate the work to Ai Weiwei? What does it mean? One has to be very clear that in doing such a thing you never do it without a degree of self-interest. I needed to understand what my self-interest was and what I was trying to do. Was this about Ai Weiwei or was it about me? And I decided in the end that as one of the big shows in Europe during the summer, I could dedicate it to Ai Weiwei and that it wasn’t about me. I discovered in doing it that actually I have a voice that I probably didn’t know I had before and I think that’s very important. And then I felt that since I’d already taken a stand, the show that the British Council was planning [“UK Now” in China next year] required a further stand. I think it’s essential that while there are still a hundred and more people locked up in Chinese jails — I’m talking about intellectuals, I’m not for the moment talking about ordinary people who go on the internet — I think it’s the duty of all artists to stand up and say we won’t take part. I’ve called out to artists all over — don’t take part, don’t show in China. A few have started to respond. I see that Daniel Buren, the great French conceptual artist, has pulled a show in China, and there are others. I’m glad to see it. It means something.

Index: You also proposed that galleries close for a day across the world and said it would be good for the art world to come together more.

Anish Kapoor: It’s perhaps naïve of me, but I think it’s important that we stand together for colleagues. It’s very hard for galleries to close for a day, but rather than a negative action, I feel in the end we were about to make a positive action on the anniversary of the 100 days of Ai Weiwei’s incarceration, but thankfully he was released. The positive action was to try and get thousands of galleries all over the world to show a work of Ai Weiwei’s.

Index: China is an extreme case in the degree to which it controls, and attempts to control, freedom of expression. Would you like to see the art world being more politically engaged and showing more solidarity? There’s a very long tradition of writers coming together, but not in the art world.

Anish Kapoor: The art world is extremely fragmented. It is a place that’s also infiltrated by money and other instruments of influence. And it never finds itself in a place where it can shout. I think we need to learn how to do that and find a way to have singular voices. Through the whole period of Soviet repression of artists, which was severe, the art world didn’t say a thing. The avant-garde has held itself away from human rights. It’s been a great struggle for artists of non-European origin. It’s been a great struggle for women artists, quite contrary to the sense that the aesthetic world is an open forum –– it isn’t. It’s extremely doctrinaire and extremely partisan. And I think those battles are still being fought. So it’s not surprising at one level anyway.

I can only explain it by [the fact that] these old instruments of power in the art world are generally male and white, and within a certain aesthetic tradition. All of that has begun to fall apart in the last decade or so. We still haven’t got to the point where, if you like, lone, outsider voices can be properly heard. Ai Weiwei is a celebrity, so it’s relatively easy [for him to be heard] –– much harder in many other cases.

Index: Artists are more subject to arbitrary censorship wherever they are –– whether in the free world or more repressive world.

When you write a piece, you have to articulate a precise point in words – political or otherwise. An art work can be nebulous in relation to the politics of its situation. It can indicate a discomfort without actually articulating it and therefore it’s much harder to pin down. It’s much harder to say: ‘This is subversive.’ It’s hard to define what subversive is –– especially in contemporary language and contemporary visual culture. Ai Weiwei, in that sense, is somewhat more articulated towards a series of events — noting down the number of people killed by corruption and maladministration, or collecting and making monuments with marbled doors of all the houses that have been knocked down and land that’s been taken away from the so-called squatters. It’s still nebulous though. If you look at the work it’s just a bunch of marbled doors. It doesn’t obviously say what we infer from it. Though we know what to infer of course.

Index: I’m also thinking of artists in the West. There’s a famous case of the Smithsonian last year bowing to conservative pressure. There’s galleries in London that have problems when they show the work of Sally Mann for example.

Anish Kapoor: I think we have a very carefully defined sense of what’s acceptable, especially if it goes near children or pornography — all those much more difficult areas. Censorship is there and some of it is okay, I assume. But how we monitor it is important.

Anish Kapoor: I can see that there’s a reason to monitor pornography and paedophilia, especially unacceptable things, and we have to understand that anything that encourages them has to be watched carefully. I understand that impulse but we go there, even there, with great care.

Index: Artists are by the very nature of their work going to be more vulnerable to pressures of conservatism or conformism.

Anish Kapoor: Of course. There’s a kind of naughty boy or naughty girl way of doing it which a lot of artists have taken — why not? I’m not that kind of artist at all. I feel that agitprop as a method is problematic — for me — in terms of my poetic understanding of what a work can be.

When it comes to governments, economic interests override human rights

Index: I wanted to ask you about the British Council’s response to the dilemma of artists displaying work in countries that have a poor human rights record. Chief executive Martin Davidson has said: “It is through cultural exchange that we best demonstrate the benefits of free artistic expression and build supportive links between people in the UK and China.”

Anish Kapoor: I say phooey to that I’m afraid. I did suggest to them [that they] ought to make the central piece in the [UK Now] show a kind of dedication to Ai Weiwei — or to one of the other artists. If they’re going to do this show then they ought to have [Chinese] artists properly take part. The governmental view over the past 30 years has been we’ll speak quietly in public and loudly in private. Well, 30 years of doing that hasn’t done a damn thing. We had the premier of China here [in London] and Cameron was silent on the subject. [Was that] just because Ai was released? No, that was carefully timed. And I think silence says that there are economic interests that override human rights interests. It’s disgraceful.

Index on Censorship: China’s one of the most flagrant examples [of human rights abuse], Iran would be another. Would you start applying the same [tactics] to other countries?

Anish Kapoor: One has to. In the end one has to. Iranian culture, like Chinese culture, is extraordinary. One has to take a moral stand in a way with colleagues for solidarity. I think it’s important to understand in this also that governments are ineffective. I think that’s maybe the most important point of all. Individuals have to do it all. So therefore it’s our duty as individuals to stand up and say we won’t take part or protest. The Chinese don’t listen to anyone while there are government protests — I have absolutely no doubt whatsoever that it’s individuals making a noise all over the world that made them release Ai Weiwei. I’ve no doubt about it. Governments are just ineffective at this. And we have the power. We must do something.

This article appears in The art issue (Autumn 2011) of Index on Censorship magazine. Click on
The Art Issue for subscription options and more

2 responses to “A singular voice: Anish Kapoor on why artists have a duty to stand for freedom of expression”