Tunisians flocked to voting stations yesterday in the country’s first-ever free elections, but only the cultivation of an independent media will safeguard democracy and free expression, writes Rohan Jayasekera

Tuesday’s expected declaration of Tunisia’s election results will say much about the main players in its great adventure in democracy building. But it won’t reveal much about what those players plan to do with with their unique mandate. For that you’ll need an independent Tunisian media, in print, on air and online.

In turn that means a new legal and institutional framework based on freedom of expression, swifter development of the broadcast and print media sectors and protections for the the internet against the resurgence of censorship.

Tunisia’s Sunday elections will establish a 217-member constituent assembly to draft a new constitution and give legitimacy to an interim government ahead of full parliamentary elections.

The extraordinary turnout, estimated at an astounding 90 per cent, gives both authority and diversity to the new assembly. It increases the chances that the assembly will allow space for women, rural and inland industrial communities and a proportional voice for minorities — a priority of the Ben Achour Commission that led the election’s organisation.

It also finally gives some kind of true measure to Islamist political influence and brings members of the old regime still in politics out of the shadows.

The stage is set for a complex debate that will test the Tunisian media and its capacity to communicate the works of the new assembly. But despite solid efforts by the country’s post-revolution National Authority to Reform Information and Communication (INRIC) — the media landscape evolution has been slow.

To meet the challenge the new assembly must promote strong constitutional and legal guarantees for freedom of expression rights and access to information. There will need to be a properly supported successor to INRIC, an independent regulatory body that can effectively promote the independence and growth of the media.

The new body and the regulations that it implements will have to guide public service broadcasting as well as private, commercial and community broadcasting and empower and protect journalists dedicated to quality journalism that can serve and inform the public at large. 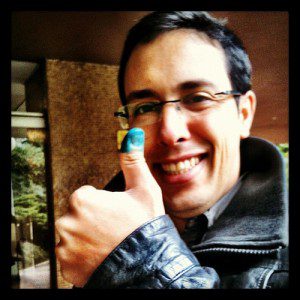 These points were raised this month by the International Freedom of Expression Exchange Tunisia Monitoring Group (IFEX-TMG), currently chaired by Index on Censorship.

Based on the results of a two-day strategy workshop of Tunisian media and legal experts held in Tunis on 27 and 28 September, its report also calls for the promotion of a digital culture, by supporting blogging, online activism and citizen journalism.

It’s not clear how the assembly will handle new legislation, or how it will deal with current draft decrees that will have force of law but in the case of the print and broadcast sector have proven highly contentious in their drafting.

An increasingly heated debate between Islamists and secularists in Tunisia led to a street protest by thousands of liberal demonstrators the week before the vote. On 9 October, over 300 pro-Islamists tried to attack the HQ of Nessma TV after a showing of the film Persepolis, which takes an acerbic view of Islamists in Iran.

That was followed by the filing of a claim signed by 144 lawyers alleging breaches of the still valid pre-revolution media law by Nessma TV head Nabil Karoui and articles 226 and 226 (b) of the criminal code prohibiting offences against religion and public decency.

Sami Ben Abdallah, a Tunisian blogger resident in France, was banned from leaving Tunis airport in September and questioned for allegedly sending insulting SMS messages. His family told Reporters sans Frontieres they linked the harrassment to his investigations into a businessman close to the former regime.

These and other incidents suggest that the rights of the independent media in Tunisia is built on much less stable foundations than its citizens expect and demand, especially given its responsibilities in the months to come.

Click here for tweets, links and features from the opening hours of the 23 October constitutional assembly elections in Tunisia on Storify.