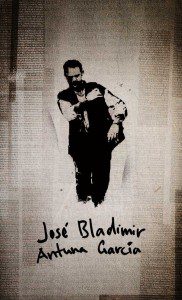 Join us in demanding justice for crime reporter José Bladimir Antuna Garcían, 39, who was found murdered on 2 November 2009 after he was ambushed by five armed men in the Mexican city of Durango on his way to work. Attached to his body was a note reading, “This happened to me for giving information to the military and for writing too much.” Antuna had been investigating corruption and police crime and had been receiving threatening calls, some from the powerful drug cartel Los Zetas. He reported the threats to the state attorney general’s office; they were never followed up.