Recognising investigative journalism of dogged determination across a range of media including print, online, radio and television, taking into consideration impact, originality and revelation 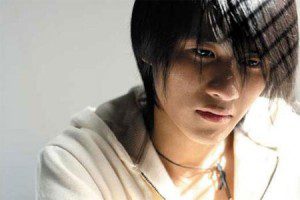 The author of China’s most widely read blog, 29-year-old Han Han has been called “the world’s most popular blogger”. He is also famed for being a cultural critic, race-car driver, actor and novelist. But despite his rock star status he has long been considered a thorn in the side of the Chinese government.

Though he has avoided ideological allegiances, Han Han recently sparked controversy with his essays, “On Democracy”, “On Revolution” and “Wanting Freedom”, which questioned where democracy really equals freedom and whether China will ever be capable of genuine reform.

Han Han has talked about suffering censorship: “Each time I do finish writing something and then can’t see it [after I post it, because it has been censored], I get despondent. And there are just so many government departments [to get past]. Even if the propaganda department and the General Administration of Press and Publications are fine with something, any department issued can wipe your essay away with a simple phone call.” 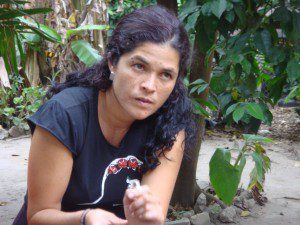 Lucía Escobar’s story highlights the state of press freedom in Guatemala, where journalists are regularly intimidated by paramilitary groups. Escobar is a freelance columnist for El Periódico, a publication based in Guatemala City, and also operates an online radio station, Radio Ati.

On 19 October 2011, Escobar published a column alleging that a local mayor had turned a citizens’ group into a death squad that was socially cleansing “undesirables”, such as beggars and homeless people, and committed crimes including lynchings, torture, beatings and a kidnapping. In her column, Escobar blamed local government figures for being indifferent to the group’s activities.

Subsequent death threats forced Escobar to flee her home with her family and she has said she will remain in exile until the situation improves. No action has been taken by Guatemalan authorities, pointing to a worrying trend in Central America where those in power ignore attacks on journalists. 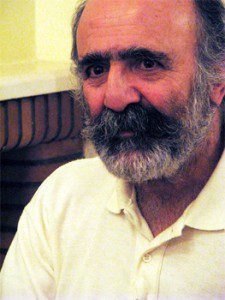 Iranian journalist Kayvan Samimi has been instrumental in keeping dissent alive in the Islamic Republic.

He is serving a six-year prison sentence on charges of “propagating against the regime” and “assembly and collusion to disrupt national security” and has been banned from “political, social, and cultural activities” for 15 years, having been detained in the immediate aftermath of the 2009 presidential election. 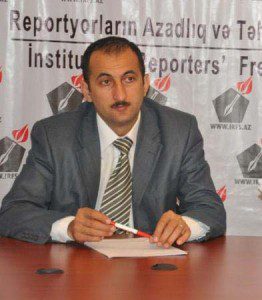 Idrak Abbasov is an Azerbaijani journalist whose investigative work has put his life in danger. Abbasov reports for newspaper Ayna-Zerkalo, contributes to the Institute for War & Peace Reporting website, and he is one of the founding members of Azerbaijan’s Institute for Reporters’ Freedom and Safety (IRFS) .

On 9 September 2011, after Abbasov investigated the activities of a local oil company, the State Oil Company of Azerbaijan (SOCAR) sent bulldozers to his family’s home. SOCAR claimed ownership of the site as part of a project to develop local oil resources with Global Energy Azerbaijan Ltd. His parents and brother were hospitalised after being attacked by the company’s security service during the incident.

It is believed that bulldozers targeted the journalist’s home because of his work monitoring human rights. The violence, threats and harassment of Abbasov and his family continued when his parents were again attacked at their home. One assailant reportedly said: “Tell Idrak to get smarter, or we will cut off his ears.”