Despite official denials, it seems clear that the Lukashenko regime has blacklisted key media and opposition figures, preventing them from leaving the country. Andrei Aliaksandrau reports 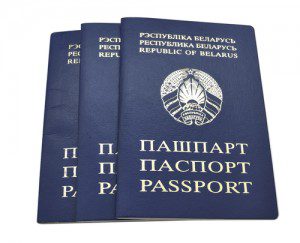 Zhanna Litvina, the Chairperson of the Belarusian Association of Journalists (BAJ), the leading national press freedom organisation, was denied the right to leave the territory of her country this week. It happened at Minsk-2 National airport early on Thursday 15 March. A bitter irony of the situation is that 15 March is the Constitution Day in Belarus, an anniversary of adoption of the fundamental law that grants every citizen the freedom of movement, as well as many other rights that the authorities of the country seem to pay little attention to.

Litvina is not the first representative of media and civil society organizations that found themselves blacklisted to cross their country’s borders. The same day Mihas Yanchuk, an official representative of the Belsat TV channel in Belarus, was forced to leave a train to leave a train on the border with Poland by Belarusian border guards. Just a day before Andrei Dynko, the editor-in-chief of Nasha Niva independent weekly, faced the same problem on the border with Lithuania. “We are all kept hostages by the authorities,” Andrei said on his way back from the border.

No clear explanations were given by the border officers in any of the cases – just as there were none given to several leaders of oppositional political parties, human rights organisations and NGOs, who also learnt recently that they had been banned from leaving Belarus. They were “awarded” with stamps in passports saying “Exit denied” and advice to apply for the Department of Citizenship and Migration of the Belarusian Ministry of Internal Affairs for further explanations. This despite comments by the head of the department that he had no information about travel “black lists.”

These actions fall completely within the logic of the new “cold war” Minsk has undertaken with the European Union. Recent new attacks against journalists and press freedom in the country are one of the ways Belarusian authorities demonstrate their undisguised challenge to the values of democratic Europe. According to BAJ, seven regional journalists from Hrodna and Polatsk were warned by prosecutors’ offices and the KGB this year. Film crews for Swedish and Estonian TV channels were also detained in Belarus this week, and kept at police stations for several hours. And finally, the “exit bans” followed.

All these steps are clearly made by the authorities of Belarus in a reply to the actions by the EU that decided to expand the “ban list” of its own. It bans entry to the EU countries for more than 200 Belarus  state officials who are considered by the European Union to be responsible for violations of human rights following the severe crack down on the civil society of the country after the presidential elections of 2010. The recent expansion of the “ban list” by the EU led to a diplomatic conflict: the Belarusian authorities asked the Polish ambassador and the head of the EU Delegation to Belarus to leave the country; as a result the ambassadors of all the EU countries left Belarus to show the unified position of Europe towards the situation in Belarus.

The existence of the “black list” of Belarusian civil society leaders who are refused the right to leave the country has never been confirmed officially, but now there are signs it exists. Leaks from officials say it includes “people who call on the EU to introduce economic sanctions against Belarus”, although there has been no such appeals from Belarusian NGOs, political parties or media. On the contrary, the National Platform of the Eastern Partnership Civil Society Forum issued a statement that calls on putting the end to the EU-Belarus conflict as it contradicts the Belarusian national interests.

But the authorities of the country have different understanding of the “national interests” – if they have any at all, as it is hard to see any advantage Belarus can gain out of conflict with the EU. Its further deterioration even contradicts the usual scheme used by President Lukashenko, who has gained the title  “Europe’s last dictator” during his 18 years in power. His “business model” of “trading” political prisoners and people for economic benefits seems not to be working any more. That’s why his political opponents and prominent human rights defenders are still behind bars and pardon was recently denied to two people to be executed as a result of a controversial trial following the explosion in Minsk underground on 11 April 2011.

The recent developments are evidence of further deterioration of the situation for human rights and in particular freedom of expression in Belarus, which has one of the worst press freedom ratings in the world. Independent press in Belarus continues its courageous work. “Our organisation will go on with our activities in defending the rights of journalists and campaigning for the freedom of expression in the country, regardless of the pressure,” a statement of the Belarusian Association of Journalists says. The latest messages from Brussels suggest the EU is ready to send its ambassadors back to Belarus. It is for the authorities of the country to show they are ready to normalise the awkward situation they created. The immediate and unquestioned step on this way should be the release of all political prisoners.

3 responses to “Belarus bans journalists and activists from travelling”