Index singles out The Research and Information Centre Memorial, which logs the brutal repression suffered by millions in former Soviet countries, for their continued dedication to guaranteeing freedom of information. The centre has demonstrated a fierce commitment to protecting human rights. It not only chronicles the crimes of the Stalinist period, but monitors current threats against those who speak out against injustice. Memorial’s remarkable archive includes letters, diaries, transcripts, photographs, and sound files. Individuals with first-hand experience of Stalin’s terror and the Soviet gulag have donated documentation they had hidden during this brutal period.

The centre is a living tribute to the survivors of Soviet Russia, preserving documentation that many have tried to bury, and continue to conduct their work despite constant threats. In December 2009, a group of men from the Investigative Committee of the Russian General Prosecutor’s Office raided Memorial’s offices, confiscating hard drives and CDs containing its entire archive. The attack was condemned by activists and historians across the globe, and eventually all of the material was returned after a battle in local courts.

Memorial’s work is a vivid reminder of the vital and very real risk taken by those who speak out against repression. The award is particularly pertinent in Index’s 40th year. As we explore our own archive and its role in exposing international human rights violations, we are conscious of the often undervalued work of historians and archivists in keeping the memory of these violations alive.

The award was presented by Sir Evelyn De Rothschild, one of Index’s original trustees. 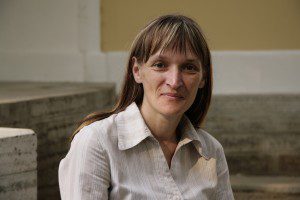 I thank you in the name of all Russian researchers, writers, teachers and museum specialists who are working on the tragic topic of the Soviet past

I am grateful for this opportunity to thank Index on Censorship and all our friends for the honour bestowed on the archives of Memorial St Petersburg on the occasion of Index’s 40th anniversary.