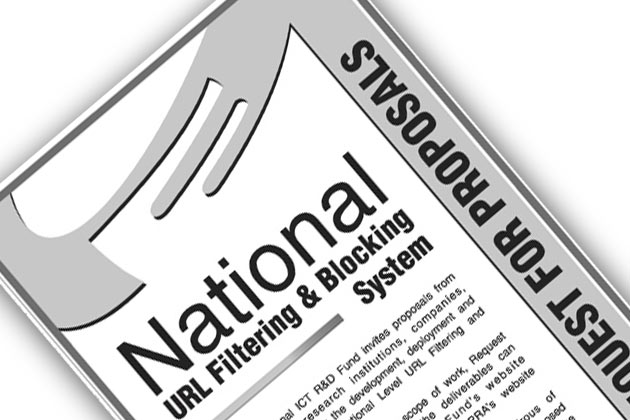 The past few months have seen the rise of a vocal and sophisticated anti-censorship campaign in Pakistan that has effectively shamed the government into shelving its plans for a national internet filtering system.

The Pakistan government’s ICT research and development fund issued a call in February for proposals from academia and companies for the development of a large-scale filter to block websites deemed “undesirable”.

The document goes on to specify that the system should allow for the blocking of up to 50 million URLs with a processing delay of “not more than 1 milliseconds [sic]”. Were it to succeed, such a blanket system would put Pakistan’s internet on a par with the surveillance and filtering of China’s Great Firewall.

Human rights groups Bolo Bhi and Bytes for All have called on companies not to respond to the bid for proposals. Their methods seem to have worked, with five companies, including Websense, McAfee and Cisco saying they will not bid. Websense issued the following statement last month:

Broad government censorship of citizen access to the internet is morally wrong. We further believe that any company whose products are currently being used for government-imposed censorship should remove their technology so that it is not used in this way by oppressive governments.

The grassroots campaign has also garnered international attention, with a global coalition of NGOs, including Index, Article 19 and the Global Network Initiative, calling for the withdrawal of Pakistan’s censorship plans.

For Jillian C York,  director for International Freedom of Expression at the San Francisco-based Electronic Frontier Foundation, the support of, rather than initiation by, international groups has been key. “I think that it was a combination of strong Pakistani organisations working with international organisations in tandem that made this campaign so big,” York said in an email. “Bolo Bhi and Bytes for All made the campaign a local one, using the language they preferred, but were smart enough to get the right organisations to amplify their voices while still maintaining control of the tone. I think that’s the example that they set.”

“I don’t see a company going forward with it now because there’s been public outrage and naming and shaming,” Sana Saleem, CEO of Bolo Bhi (“speak up” in Urdu), told Index. “There has been consistent effort and collaboration (…) It is tempting to shout but we said ‘let’s sit down first’. If we were reactionary it would make it hard for businesses to join us.”

In addition to appealing to companies and receiving international support, activists continued to contact the Pakistani government. Eventually a member of the National Assembly notified Bolo Bhi that the country’s secretary of IT had confirmed to her that the proposals had been shelved. Yet no official statement has been released, with Bolo Bhi and other civil society members planning to file a consititutional petition tomorrow. Saleem says the verbal commitment could be seen as a delaying tactic, arguing that now is the time to “consistently build on the campaign.”

Saleem says the Pakistani government has been looking for more control of the internet — which is accessed by 20 million of the country’s 187 million population — and that the filtering proposals could give rise to blanket surveillance. The vagueness of the terms “objectionable content” and “national security” in the terms of reference might also make the plans prone to abuse.

The proposals also threaten secure, encrypted web browsing available via https. “Something that has always annoyed intelligence agencies is not being able to access https,” Saleem said, noting that the government currently needs a court order if they wish to monitor particular users.  The proposals would essentially absolve ISPs of the responsibility of blocking content manually.

Her fear is where the filtering would stop. “If we allow the state to be our moral police, it could be pornography today and something else tomorrow,” she said, citing a case late last year in which the PTA issued directives to ISPs to block 1,000 pornographic websites.

Given its apparent backtracking, Saleem predicts that the government will now be more careful in how it approaches internet filtering and surveillance. “The government made a huge mistake in making the proposals public, so they might be more covert in the future.” She adds that more controversial issues of morality and blasphemy will continue to pose a challenge in the country. “These are very charged issues,” she said, adding: “when we talk about internet freedom and freedom of expression, the government will continue to use these [issues] as a shield to exert control.”

Saleem’s aim now is to get more stakeholders involved in a broader debate about Pakistan’s national security, starting by holding discussions with university students. “Ideally we’d want the internet to be completely free, but we do know Pakistan is a police state. This is a time when we can sit down and see what we want to do.”

Marta Cooper is an editorial researcher at Index. She tweets at @martaruco.