Nordic Telecom giant TeliaSonera forced to act after evidence that its data has been abused to target, harass and jail activists in Uzbekistan, Azerbaijan and Belarus. Fredrik Laurin reports

On the night of Wednesday 18 April, reality began to shift for TeliaSonera, Europe’s fifth largest mobile operator, majority owned by the Swedish and Finnish states. 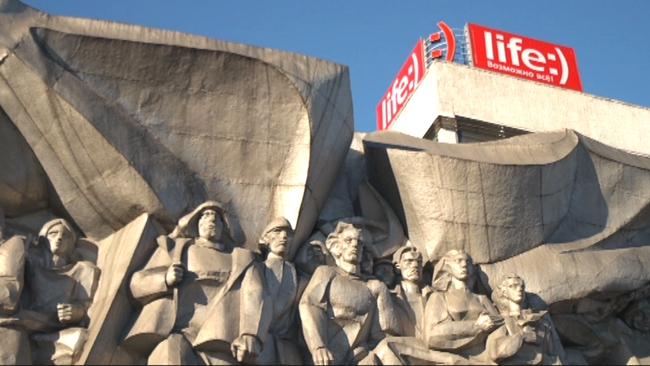 Until then, the company had repeated a mantra, claiming “we follow the law wherever we operate” when questioned on their role as the main mobile operator in some of the world’s worst dictatorships like Uzbekistan and Azerbaijan.

After dodging questions and requests for interviews for over a month, TeliaSonera’s CEO Lars Nyberg was now under the studio spotlights of Sweden’s main newscaster Aktuellt being interviewed live on the issue of the company’s business in Eurasia and Belarus and the level of cooperation they offer these regimes’ security services.

Earlier that evening, Sweden’s version of Panorama, Uppdrag granskning, broadcast the Black Boxes a four-month investigation into the company’s business in Eurasia.

Uppdrag granskning revealed how TeliaSonera allows security services in “non-democratic countries” full and uncontrolled access to the company’s network and databases. Even before it aired, the report had initiated a widespread public debate with major shareholders such as the Swedish and Finnish governments, investment funds and large customers like the City of Stockholm heavily criticising the company for the level of cooperation it offers and lack of due process in handling their customers’ data.

The report interviewed opposition politicians, political activists, journalists and ordinary citizens in Belarus, Uzbekistan, Azerbaijan, Tajikistan, Georgia and Kazakhstan. All had their TeliaSonera accounts accessed by the security services; their calls had been broadcast on television and they had endured arbitrary arrests, police harassment and even attempts on their lives.

“Thank you!” said Lars Nyberg with a broad smile when Claes Elfsberg, Sweden’s answer to Walter Cronkite, finished questioning him.  Under pressure, Nyberg had just spent the day with the best PR people Sweden could muster. He’d even skipped his keynote speech at the annual advertisers’ conference for a media-training session.

Nyberg conducted the interview keeping his mantra intact, “This is a matter for politicians — not business leaders.” But outside the studio, public opinion was forcing change.

One week later, the pressure and direct demands from major shareholders led to a U-turn for TeliaSonera’s management.

After a meeting with Peter Norman, Minister for Financial Markets, the chairman of the board of TeliaSonera Anders Narvinger issued a statement saying in short:

After the recent criticism and clear signals from our owners TeliaSonera now initiates an action plan to handle issues of integrity and freedom of speech in non-democratic countries in a better and more transparent way.

Among the measures are … initiative to dialogue with the authorities in the countries in question.

Minister Norman declared that he was “content” with TeliaSonera’s actions, but major questions remain.

What will Islam Karimov of Uzbekistan, Ilham Alijev of Azerbaijan and Alexander Lukashenko of Belarus say when TeliaSonera suggests that the plug be pulled on the security services eavesdropping?

Will they accept a higher degree of transparency and due process, or will they just refuse and throw TeliaSonera out — to the tune of hundreds of millions lost in investments?

It’s not easy for the management or the owners to decide on their future policy. Apart from the investments, the company’s record profits last year of 3.8bn Euros are partly thanks to some 25 per cent of customers in these dictatorships.

A English version of SVTs Uppdrag granskning’s The Black Boxes about the Swedish – Finnish telco TeliaSoneras cooperation with dictatorships in countries like Uzbekistan and Belarus is available on SVT’s website.

The report “The Black Boxes” was prepared for Uppdrag granskning by Sven Bergman, Joachim Dyfvermark, Fredrik Laurin and Ola Christofferson (photo and editing) with additional research by Andreas Hedfors.