The Indian government has been implementing a system to track and access calls, texts, and online activities. Mahima Kaul reports from Delhi that the Central Monitoring System (CMS) will be used by tax authorities and India’s National Investigation Authority to fight terror-related crimes.

Opposition to the surveillance system have now launched an online petition against it. Opponents say that while the system can be used to halt terror attacks and other violence, the government will primarily use it to police hate speech and criticism of authorities. They point to the government’s track record of arresting its online critics under Section 66A of the IT Act. 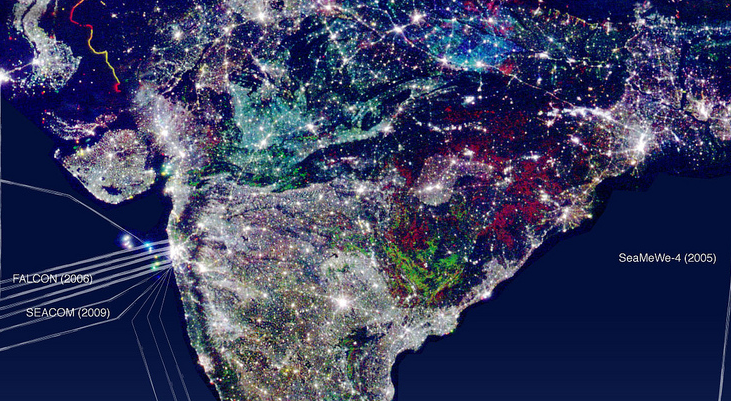 As with any conversation on state policing, cyber terrorism and warfare, there is extreme nervousness about institutional frameworks, as they should be built for protection of civil liberties as much as for national security. India’s CMS was established in the aftermath of the 2008 terrorist attacks in Mumbai, and according to information released at the time its purpose was to provide “central and regional databases to help central and state-level enforcement agencies intercept and monitor communications” as well as “direct electronic provisioning of target numbers by government agencies without any intervention from telecom service providers.” The government is spending about $75 million to build the system. The minister for information and technology, Milind Deora, reassured the parliament that the system would “lawfully intercept Internet and phone services.”

This claim needs to be further examined. In India, phone tapping laws come under Section 5(2) of the Indian Telegraph Act 1885. It was amended in 2007 after a high profile court case giving only the Union and State Home Secretaries the power to order interception of any messages. However, given that communication has increasingly shifted online — including phone calls made via Skype and other VoIP mediums — this communication now comes under Section 69 of the Information Technology (Amendment) Act, 2008.

Commentators have pointed out that the broad powers included in the act — any government official or policeman can listen to phone calls, emails, SMSs without a warrant — are in clear violation of Article 21 of the Indian constitution, which states that “no person shall be deprived of his life or personal liberty except according to procedure established by law.” This means that the government has the power to easily violate a citizen’s guaranteed right to privacy — in the name of security.

There’s also another pressing question to consider when examining the CMS: who will oversee the body to ensure that there are checks and balances?  Intelligence agencies don’t come under parliamentary oversight as of  yet in India. A bill entitled Intelligence Services (Powers and Regulation) Bill, introduced in parliament in 2011 has been shelved by the Prime Minister, with the promise that a law would be formulated soon.

What seems to be a plausible way forward, given that India is building online surveillance mechanisms, is a valid legal framework for bodies like the CMS. The challenge is to ensure the citizen’s right to privacy as enshrined by the constitution is not trampled upon, and that accountability is built into these systems from the start.