The Brazilian Congress is considering draft legislation to ease the publication of biographies without prior authorization from the subject, but the move is not without opposition, Rafael Spuldar reports.

The country’s 2002 reformed Civil Code made it mandatory for works of a biographical nature – films, books or otherwise – to have prior authorization from the subject of the work before public release. As a result, most biographies published in Brazil end up being eulogistic to the people they portray.

Critics contend that the current legal framework causes editors to practice self-censorship. “Instead of only taking care of the literary quality of the work, editors end up being busy with judicial problems and carrying out a self-censorship that is harmful to the industry”, says Sônia Machado Jardim, president of Brazil’s National Union of Book (Sindicato Nacional dos Editores de Livros, Snel). 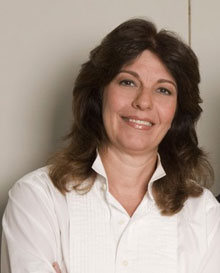 Sônia Machado Jardim supports a change to Brazilian law, which would allow publication of biographies without prior approval of the subject. Photo: www.snel.org.br

Jardim also says that many relatives of people portrayed in biographies try to take advantage of the need of previous approval to demand huge amounts of money, making it impossible to have the works published.

Some controversial cases have become notorious in Brazil. Singer Roberto Carlos, one of the most popular artists in the past 50 years, not only barred in the 2007 circulation of a biography written by Paulo Cesar de Araújo – the copies were already printed and ready to go to the stores – but also banned the publishing of a master’s degree thesis on Jovem Guarda, the musical movement he was part of in the mid 1960s. Before that, in the 1980s, Carlos also prevented the publication of magazine articles about him.

The biography of former footballer and two time World Cup champion Garrincha, who died in 1983, provides another infamous example. Written by journalist Ruy Castro, the book was withdrawn from circulation in 1995 because of a lawsuit filed by Garrincha’s relatives. The author appealed and his work eventually went back on sale.

In 2011, controversies like these led deputy Newton Lima (Workers’ Party) from São Paulo to draft legistlation that changes the Civil Code and annuls the need for prior authorization of biographies from public people – like politicians and media celebrities.

“When people go into public life, they give up part of their right for privacy. Of course one does not want to deprive public people of all their privacy, but it certainly gets diminished”, says the draft bill’s rapporteur in the Congress, deputy Alessandro Molon (Workers’ Party) from Rio de Janeiro.

“It doesn’t mean that the modified law will make it free for anyone to publish anything about anybody. If the person portrayed in a biography feels attacked, he or she can go to the court against the author, and the author himself is still responsible to answer for his work”, says the deputy.

The Chamber of Deputies’ Constitution and Justice Committee passed the draft bill conclusively in early April, which meant it should have gone straight to a Senate vote. However, deputy Marcos Rogério (PDT Party) from the state of Rondônia filed a petition against the proposed bill, making it mandatory that the deputies voted before senators, which slowed down the approval process.

“What is ‘public dimension’ anyway? It’s a relative concept. Someone can write, for example, a biography about a city counselor either accusing him or promoting him electorally. It can be used for good or for evil. Constitution protects both freedom of expression and privacy”, the deputy said during a Constitution and Justice Committee debate.

Molon regrets this reaction to the draft bill. “While this bill is not voted by the deputies, it cannot go on, and now we depend on the Chamber of Deputies’ speaker’s good will to put it on the voting schedule”, he says. Marcos Rogério could not be reached by Index on Censorship to comment about this subject.

Aside from the new biographies bill, a group of publishers filed a direct action of unconstitutionality with the supreme federal court in July 2012. In their filing, the book firms argue that the Civil Code clause governing prior authorization generates censorship, which is prohibited in Brazil.

Opinions of the suit are to be issued by Brazil’s Solicitor-General Luis Inácio Adams and Attorney-General Roberto Gurgel. Minister Carmem Lúcia is responsible for ruling about the case in the federal supreme court. There is no deadline for the opinions or the court’s ruling.

“When you have a restriction for publishing stories about personalities, the preservation of history’s knowledge is lost. It’s a higher issue than looking for profit”, says Snel’s Sônia Jardim.

“After so many years of fighting to reestablish democracy and freedom of expression in our country, we cannot allow censorship to put its clutches over artistic works ever again”.

This article was originally published on May 9, 2013 at indexoncensorship.org. Index on Censorship: The voice of free expression