Some UK politicians have said the murder of a soldier in Woolwich, London this week demonstrates the need for greater surveillance of communications data. But would a “snooper’s charter” really have made a difference? Index asked Emma Carr of Big Brother Watch and Jamie Bartlett of Demos for their views 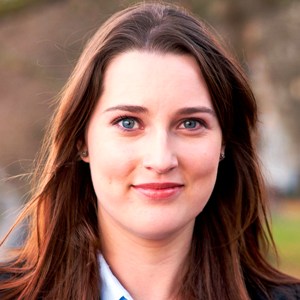 John Reid’s and others’ attempt to make a political argument about “essential” legislation just hours after the brutal murder in Woolwich this week was remarkable, given how little was known at the time and the fact the victim’s family had not even been informed of his death.

Yes, it is right to examine how our security services could have been aided to prevent the horrific scenes we saw in Woolwich this week, but to jump to conclusions and use the politics of fear to promote an agenda before the any detail is available is simply wrong.

Indeed, as the facts have begun to emerge, it seems the answer may look very different to the draft Communications Data bill.

If, as is reported to be the case, these two individuals were known to the security services — as was also the case for several of those involved in the 7/7 attack — then plainly it seems strange to suggest a policy that would collect data on every member of the public, massively increasing the volume of data the security services have to sift through. We should be asking what resources the security services need to expand their knowledge of people ‘on the radar’.

The choice isn’t between a communications data bill or nothing. Far from it. Indeed, as details of this horrific attack become clear, it is looking more likely that the “Snooper’s Charter” would not have prevented. If it is a case of two individuals, working together but not as part of a wider organisation, then internet records may not be a critical factor. Of course, their personal devices — laptops, mobiles and other technology — will have a huge amount of information on them, far more than the bill would have created.

Equally, it’s worth noting the draft Communications Data Bill prohibited the storing or viewing of the content of communications. When someone is considered a significant enough threat for security services to prohibit them leaving the country, frankly I would hope the content of their messages is being read. The powers currently exist to order the retention of data on an individual, but that has a 30 day time limit. This seems unduly restrictive on the police, and should be extended.

Even if other powers were used to intercept messages, British courts still block the use of intercept evidence in court, an handicap not seen in the US or countless other countries.

The nature of terrorism has changed significantly over the past decade. Low-tech equipment and so-called “lone wolf” attackers are clearly now a real threat. The Communications Data Bill was a concept formed in the middle of the last decade, and is rapidly looking both disproportionate and out of date.

As announced in the Queen’s speech, the Government is already working on ensuring that the police can identify who is using a certain internet IP address to enable them to trace threats. It should be possible to do this in a way that supports the police, as well as protecting privacy, and it is right the Government is focusing on this important step.

But to use this tragedy as a springboard for recording the details of every British citizen’s emails, web browsing and social media messages is both a failure to learn the lessons of recent incidents and a continuing failure to recognise that surveillance of an entire population is both an unacceptable intrusion on our freedoms and a chilling effect on free expression for anyone communicating in, or with, the UK. It also risks diverting resources away from the security services at a time when they are more in need of targeted surveillance than ever before.
@EmmaFrancesCarr 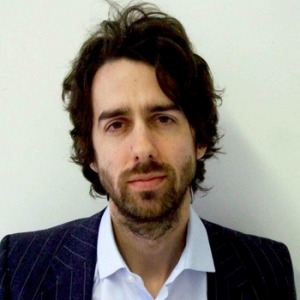 I wrote back in April, after Nick Clegg announced on LBC he would be sinking the Communications Data Bill, that it would be back soon. This was because both Committees (there were two, one in secret) that reviewed the Draft Bill last year accepted that changes in the way we communicate makes it harder for the security services, HMRC and the police to get hold of the information they need to do their work effectively. Both agreed that new powers were needed soon. They just didn’t think much of the Home Office’s proposals.

I didn’t expect it to be quite so soon. Even though I’ve been mildly in favour of the Bill, I was disappointed to see Lords Carlile and Reid, eight short hours after someone had been brutally murdered, suggest that this might mean reviving the Bill.  To give the Home Office some credit, I’m not sure they’ve been quite so bullish, and neither has the Prime Minister.

Distasteful it may be, but there is one point I agree with: whenever we make legislation relating to security or counter-terrorism, we need to remember that threat from Al-Qaeda inspired — and other — violent groups, is significant. Proportionality is a vital consideration any time we give legal powers of surveillance, and that means knowing what the threat is. At times, the debates on the “Snooper’s Charter” — and I took part in quite a lot of them — felt like it was taking place in a vacuum. So few people from the security side (where were all the terrorism experts that are now omnipresent, for example?) were willing to debate the issue that the argument was lop-sided. It was being widely derided as nothing more than a measure to give more powers of surveillance, rather than an attempt to improve public safety and security in a way that was necessary and proportionate.

I’m sceptical that the Communications Data Bill could have prevented this attack. It required very little coordination, technical know how or planning: almost impossible to spot and stop. But it may have been useful in the aftermath. The first thing on the minds of the police and security services would have been whether this was part of a coordinated series of attacks, and they would have wanted to know, very quickly, who these two had been communicating with and when. Imagining the types of forums they likely visited, it might very well have been the sorts of communications service providers wouldn’t have been able or willing to share rapidly. Communications data may also be important in the week ahead for longer-term investigations and in securing convictions of any collaborators, if there were any. But — and it is a big but — I am speculating. I simply do not know.

Either way, this one attack should not dictate our counter-terrorism laws. A new settlement is needed, not because of this incident, but because of changes in communication, attitudes to privacy, the new possibilities of mass surveillance, and the growing complexity of terrorist and criminal activity. As I’ve argued elsewhere, social media intelligence is of increasing value to the police in particular, but its regulation and use under the Regulation of Investigatory Powers Act remains unclear. This Act as a whole needs a re-refresh, and communications data is an important part of that. But this week is not the time to do that.
@JamieJBartlett