DEFAULT
Will Mexico's plans for reducing violence mean anything for journalists?
20 Jun 2013
BY SARA YASIN

Mexico’s president, Enrique Peña Nieto, promised in London yesterday that tackling crime and drug-related violence is a priority for his six-month-old government. While improving safety is important, Peña Nieto must also remember that protecting journalists and human rights workers must go beyond words, says Sara Yasin 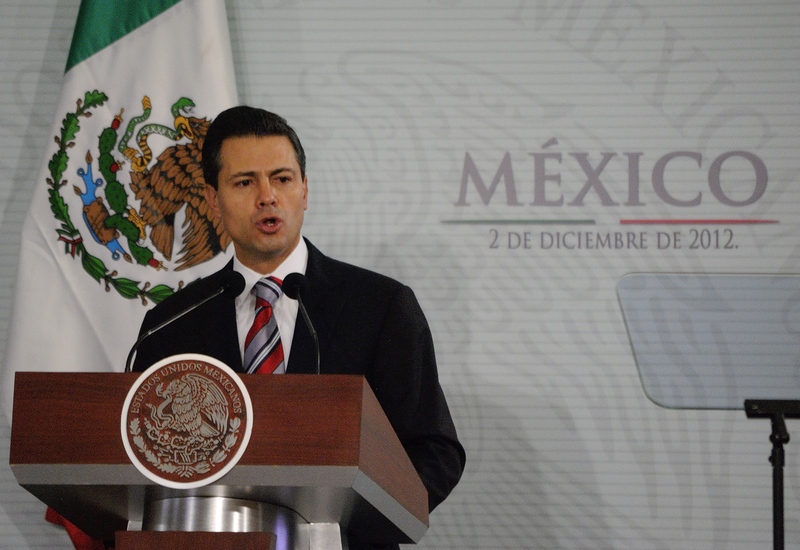 Enrique Peña Nieto, President of Mexico giving a speech at an awards ceremony in 2012

I was most interested in what Peña Nieto had to say about security: He listed lowering violence as a priority for his administration, and he has previously stated that he ambitiously aims to halve Mexico’s murder rate by the end of his six-year term.

When asked about human rights violations, Peña Nieto said that his administration’s “commitment is clear”, and even claimed that the country has already seen a reduction in violations during his six months in office.

In April this year, the Mexican government approved legislation broadening the jurisdiction of the country’s federal authorities, in order to prosecute crimes against freedom of expression.

Peña Nieto’s rosy overtures of peace and safety yesterday most certainly aren’t enough, as speaking out in Mexico comes at a price: In the first 100 days of the new president’s time in office, there have been 56 attacks against journalists, and 36 against human rights defenders, as well as one assassination. According to the Committee to Protect Journalists, 28 journalists have been slain between 1992 and 2013.

It might be too soon to really evaluate the new legislation, but journalist Anabel Hernandez says that Peña Nieto “has no interest in either solving the murders of journalists or protecting them while they continue working in the country.”

Hernandez, well-known for exposing government corruption, was warned in 2010 of a high-level police officer’s plot to murder her. She has received 24-hour protection from armed guards ever since, but it looks like that will be changing soon. Hernandez told Vice Magazine that she received a letter from Mexico City’s government in April notifying her that she would no longer be allowed an armed escort, and that her protection will now be transferred to federal police — the same officers that she says have been threatening her and her sources.

The journalist reached out to the Secretary of Interior after receiving the letter, in order to press them to take her safety seriously. Hernandez has been “physically targeted in the past two years”, and her family members have also faced threats. The new programme only offers her a “panic button” which she says “does nothing to aid in the pursuit of the attackers.”

She also said that the programme “is being used simply to put on a show for the outside world. It’s a means to save face internationally. Keeping up international relations is more important than addressing freedom of expression.”

Local activists are currently pushing on the administration to stress the importance of human rights defenders and journalists, and take adequate measures to protect them.