When three journalists were invited to accompany a military official to a town supposedly recaptured from rebels, they did not expect to end up caught in crossfire. One journalist is being targeted after an anonymous and more honest account of the incident appeared online. Reem Abbas reports 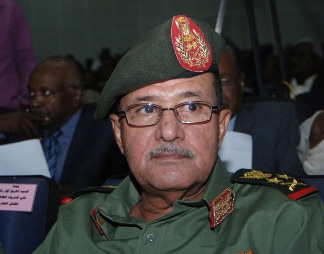 Charges have been brought against journalist Khaled Ahmed for allegedly writing a report critical of the Sudanese military.

Ahmed was one of three journalists that accompanied Sudanese Armed Forces (SAF) chief of staff Esmat Abdelrahman on a visit to Abu Karshola, a neglected town in the embattled state of South Kordofan — where there has been a war between the government and rebels from the Sudan People’s Liberation Movement – North Sudan Faction (SPLM-N) since June 2011. The visit was organised to celebrate the town’s “liberation” from rebels.

Both SAF and the media were blocked from Abu Karshola between late April and late May. The town was occupied by the Sudan Revolutionary Front (SRF), a coalition of rebel groups (including SPLM-N), which has fought the Sudanese government in different parts of the country since 2011. While the group contends that its departure in May was a “tactical” move, the government has asserted that it regained control of the town.

On 31 May three journalists flew over Abu Karshola in a military plane. Rather than finding a “liberated” town, Ahmed told Index that what he actually saw was a war-zone. During their visit, they were caught in crossfire as they toured the army force’s front lines. A few bullets came too close to Ahmed, and soon after he and the other journalists were taken back to the army base for safety.

“A military plane was called on for our aid, it was shot down by the SRF, we were three journalists stuck in a battlefield,” said Ahmed.

While rebels claimed to have downed the plane, official reports said that the plane crashed due to mechanical failure.

The journalists eventually returned safely to Khartoum. Ahmed’s report was published in Al-Sudani, the pro-government newspaper he works for. However, another more realistic account was published and circulated online by someone named Khaled — and that version has been attributed to Ahmed.

The report gave a version of events left out of the SAF’s spokesperson’s official statements. It painted a picture of an exhausted and confused army that actually isn’t in control of a ghost-town that the government claims it controls.

On 4 June security forces arrested Ahmed, as the report included eye-witness details drawn from the trip, and was penned by someone that shares his first name.

“I reserve the right to remain silent — I can’t answer”, said Ahmed when asked about whether or not he wrote the more honest account.

“I was told that I am detained due to a complaint filed by the army, I was interrogated for two days and asked about whether I wrote the article. I denied it, but they told me that I will be charged,” said Ahmed.

Ahmed is now facing four charges: harming the morale of the armed forces, sharing military information, tarnishing the reputation of the Chief of Staff, as well as electronic publishing (as per the new electronics crimes laws). He also said that his email and Facebook page were hacked.

The Electronic Crimes Police, which deals with crimes online, held Ahmed for a day. The law, (passed in 2007), means that journalists publishing online, as well as individuals discussing “sensitive” issues on social media websites could be detained, fined, and tried. He faces up to five years in jail as well as a fine.

Sudan will soon begin to implement its new electronic crimes laws, and Ahmed could become the first journalist to be tried under those laws. Another journalist, Wael Taha, was taken to court by a lawyer who claimed that he published false information about her under a penname, but the case was dismissed for insufficient evidence.

Just ten days after Ahmed’s detention, Dr. Nafie Ali Nafie, a presidential aide, told the legislative council of Khartoum state that the Sudanese army cannot curb the SRF, and that it needs support and mobilisation from the public.

Ahmed was released on bail on 7 June, but he was summoned twice for interrogation since.

Reem Abbas is a Sudanese freelance journalist. She has been published in Inter-Press Service (IPS), IRIN news, the Women International Perspective, (the WIP), Menassat and daily Sudanese newspapers. She tweets at @ReemShawkat