There have been some sharply contrasting political reactions to the US and UK’s mass surveillance programmes in European countries in recent days. Could the US perhaps play divide and rule in managing the fallout from Snowden’s revelations in Europe? Or is there enough common ground between German, UK or even Russian politicians to push for real changes in US (and UK and French) snooping? 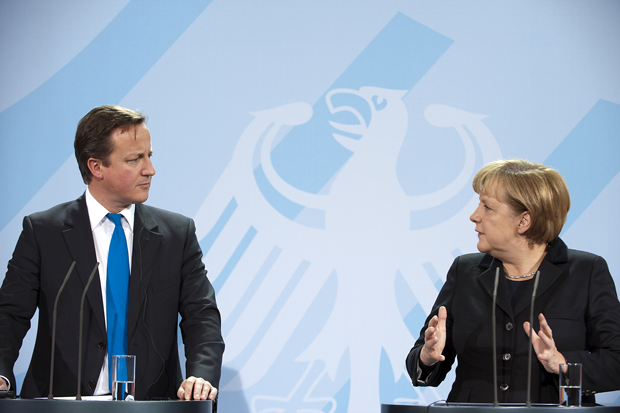 At first glance, it seems the issue is being damped down in the UK in contrast to angry and sustained political debate in Germany, and a more nationalist and opportunistic response by Russian politicians.

Last week British MPs on parliament’s intelligence and security committee confirmed that GCHQ, the UK’s signals intelligence HQ, had indeed obtained intelligence from the US Prism programme. But they concluded, remarkably quickly (no long investigation here), that allegations of law-breaking were “unfounded”. Whether the MPs are right or not, their report in fact only concerns part of Prism – the ‘content’ data GCHQ accessed and not the reams of metadata which can be equally or more revealing about individuals’ activities; and it doesn’t touch at all on the so-called Tempora programme by which, according to Snowden, the UK has been accessing massive amounts of data, by tapping into underwater cables, on a scale that goes beyond even US activities.

Meanwhile in Berlin last week, German politicians on the Bundestag’s control committee – were demanding answers on the NSA revelations from interior minister Hans-Peter Friedrich, who admitted he was still trying to get enough information out of the US on the reach of American surveillance. The following day, German journalists grilled Chancellor Angela Merkel’s spokesman for an hour and half about what the German government and security services already knew about US snooping, and how they will stop it.

Merkel has called on Obama to respect German laws though adding, rather curiously, “on German territory” – snooping on Germans on servers in the US or as their communications pass through underwater cables are side-lined by this emphasis. Merkel is also pushing for action at EU level, promising she will demand much tougher EU data protection laws – due to be agreed in the coming months. Germany’s political response seems in a much higher gear than in the UK.

Over in Moscow, some Russian MPs too are emphasising safeguards to protect personal data from US snooping. But with demands for big companies like Google and Facebook to respect Russian laws and pass on user data when requested (just as they have been in the US), this is not a sudden shift to political support for digital freedom in Russia. It is simple political opportunism taking full advantage of the NSA’s activities and revelations to reinforce Russia’s determined attempts domestically and internationally to control, monitor and impede a free and open internet.

But German, British or EU criticism of Russia’s attacks on digital freedom will be ignored and labelled hypocritical unless there is a much stronger condemnation of mass surveillance from European leaders and action to limit future abuses. Nor is this simply about whether intelligence services are operating within the law (and whose laws) important though that is. It is about ensuring laws do not allow the sort of mass surveillance domestically and internationally that the NSA, GCHQ – and it would seem France too – have been carrying out.

Here the report from the MPs on the British intelligence and security committee potentially opens up a vital debate. Incautious language, the MPs say that existing legislation is “expressed in general terms” and that GCHQ itself was right to put more detailed practices into place to ensure compliance with UK human rights law.  Crucially, though a studied understatement, they say that the “complex interaction” between UK human rights laws and security laws needs further consideration – and commit the security committee to investigate further.

So more digging will happen in the UK, in Germany – and too at EU level thanks to the efforts of the European Parliament.

But the UK is clearly as complicit as the US in mass surveillance. And there is growing and sharper questioning in Germany of how much the government and the security services previously knew about US and UK snooping.

So where new revelations and investigations will take European countries in the coming weeks is an open question. And whether we will see a united defence of digital freedom in Europe and an end to mass surveillance is at best unclear for now and, more probably, highly unlikely.

Kirsty Hughes is the CEO of Index on Censorship. She tweets @Kirsty_Index

One response to “Europe divided over mass surveillance?”