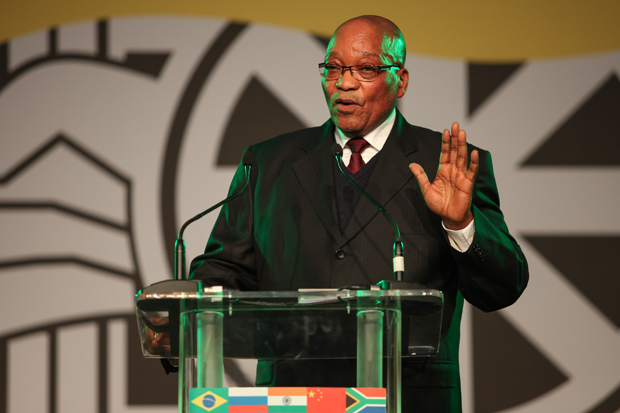 South Africa’s ruling African National Congress (ANC) has changed tack in its campaign to curtail the media. In a turn to what could be called “censorship lite”, the iron fist of state security intervention is being augmented by the velvet glove of calls for “patriotic” journalism.

After President Jacob Zuma’s ascendancy to the highest position in the ANC in 2007, various attacks have been launched on the private and public media. While factional battles for political control were being fought at the public broadcaster, an investigative journalist was illegally arrested after exposing corruption involving the newly appointed police commissioner. Despite concerted resistance across the social spectrum, the Protection of State Information Bill (dubbed the “Secrecy Bill”) was adopted, which will all but stop whistle blowing and investigate journalism into state corruption. And a media appeals tribunal has been mooted that could mete out punishments ranging from fines to jail time to media houses and individual journalists who offend politicians. While Zuma has referred the Secrecy Bill back to parliament for minor adjustments before signing it into law, the establishment of the tribunal is due to be considered by the country’s parliament, as per a policy decision of the ANC.

In recent times, individuals known to be close to Zuma and the ANC have gained greater influence in the media. This development seems to have precipitated a new softly-softly approach of edging the private media towards news reporting that is more amenable to dominant political interests. Zuma recently made a call for “patriotic journalism” which dovetails with a number of other initiatives by his allies in the media. The public broadcaster and two private media companies have all vowed to shift the media away from reporting on the “opposite of the positive”, as Zuma put it.

Zuma’s call was made in an off-the-cuff address at parliament. He told journalism students that, “When I go out, people envy South Africans, they wish they were South Africans because they say we are doing so well, we are succeeding… they love it. But when I am in South Africa, every morning you feel like you must leave this country because the reporting concentrates on the opposite of the positive.”

He asked the students: “Who do you think in reality you serve when reporting: the interest of the public that you claim, as the media you stand for, or the interest of the owners and managers of the paper? What is it that you think is happening, particularly in a country that is supposed to be an example with vibrant democracy, transparency, high morals, everything. How do we handle this?” Zuma expressed the hope that the South African media would learn from Mexico’s “patriotic journalism” which avoids reporting on crime and rather “markets” the country to foreigners.

His utterances follow a call by the acting chief operating officer of the South African Broadcasting Corporation (SABC), Hlaudi Motsoeneng, that 70% of the public broadcaster’s news reports should be positive. He told the Mail and Guardian that, “we want to concentrate more on positive stories, rather than to put everything in a negative way. Before you become a manager at the SABC, you first have to be a citizen of this country. You should love this country… The message I put out very strongly at the SABC is to think about the positive when people go out and do stories. The difference is our own citizens are tired of crime and tired of people talking about negative things.” Motsoeneng is a known Zuma acolyte who has controversially  held onto his post after being dismissed by the previous SABC board.

Meanwhile, businessman Iqbal Survé, who enjoys close ties with the ANC, became the new owner of Independent News & Media, which comprises the largest collection of English-language daily and weekly newspaper titles in the country. He explained part of the rationale for the purchase as being: “We felt the media was not representing the positive aspects of South Africa. What we are reading about is not what we see in South Africa.”

During this same period, Indian business associates and friends of the Zuma family launched ANN7, a new satellite news service. The Gupta family recently provoked outrage for using a military air base near South Africa’s capital Pretoria to fly in guests from India for a private wedding function. The former head of government communications, Jimmy Manyi, hosts a talk show on the channel. Manyi is no stranger to controversy, having spearheaded attacks against the media during his time as government spokesperson, such as using state advertising spending to put pressure on media outlets. In an interview about his new job as talk show host, he declared South Africans to be tired of negative press and that ANN7 will provide an alternative.

ANN7’s broadcasts have been riddled with more than the usual share of start-up problems, leading to much ridicule. The company also had to withdraw a billboard advertisement describing competitors as “old farts”, after a complaint from the South African Older Persons Forum. Postings of “ANN7 bloopers” on YouTube led to a copyright complaint from ANN7 and the removal of the clips, but they can still be viewed elsewhere.

The mirth that greeted ANN7 was also evident in responses to Zuma’s call, both in articles and tweets. More serious critiques included an article from Media Monitoring Africa, while others pointed out that Mexico has one of the worst press freedom records in the world.

Thus far, velvet glove of censorship lite has not succeeded in massaging the established private media into a more “patriotic” stance. This may change when the iron fist of criminalisation of critical journalism finally comes crashing down.

This article was originally posted on 23 Sept 2013 at indexoncensorship.org