The truth is, on the eve of this election, the human rights situation in Azerbaijan is worse than ever before 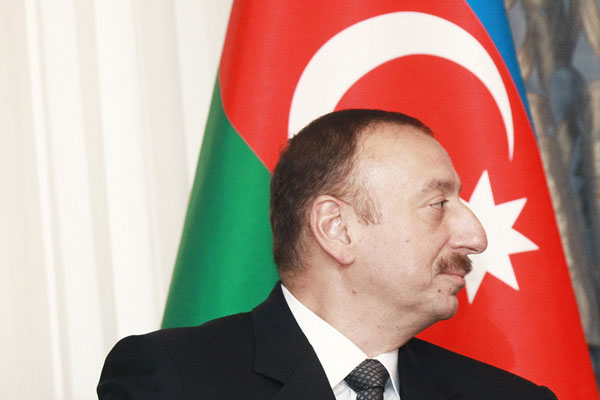 Tomorrow, on 9 October, Azerbaijan will hold a presidential election, with incumbent President Ilham Aliyev seeking a third term in office. Although the government and its supporters have been working hard to promote a positive image of Azerbaijan abroad, at home, they continue to crack down on citizens’ ability to exercise their basic rights and fundamental freedoms, in an apparent effort to silence all voices of criticism and dissent.

Despite superficial efforts to make the election look like a serious competition – for example, by registering a staggering 10 candidates – there is not an even playing field for all candidates. The only candidate widely agreed to be independent, united opposition candidate Jamil Hasanli, is fighting an uphill battle with limited resources against a powerful incumbent with the full resources of an oil-rich state behind him.

Below, I examine five of the main underlying issues presenting challenges to the fair and free conduct of this election, unsavoury truths that the authorities would rather not be included in reporting on this election. As a result of these and other issues, regardless of what now happens on election day, the chances of a democratic election have effectively been eliminated. The underlying climate has simply not allowed for a fair competition.

1. There are 142 people locked up for political reasons in Azerbaijan

At a press conference in Brussels in June, President Aliyev stated: “None of my political opponents is in prison. There are no political prisoners in Azerbaijan”. These claims simply are not true. A new list from the Baku-based Human Rights Club outlines 142 current cases of politically motivated detention and imprisonment in Azerbaijan. These include journalists, bloggers, human rights defenders, civic and political activists, religious followers, and ordinary citizens, many of whom were targeted for exercising their fundamental rights to freedom of expression, assembly, and association.

One of Azerbaijan’s political prisoners is the Republican Alternative (REAL) movement’s would-be presidential candidate, Ilgar Mammadov, who has been detained since February. After visiting the region of Ismayilli to investigate on-going protests, he was then charged with inciting violent protest, and faces up to 12 years in prison if convicted. Although REAL was able to gather the more than 40,000 signatures required to register a presidential candidate, the Central Election Commission declared some of the signatures invalid and refused to register Mammadov’s candidacy.

2. Aliyev has gotten far greater media coverage in the country than any of his opponents

Azerbaijan’s state-controlled broadcast media rarely shows opposition figures. Out of Azerbaijan’s nine national television stations, three are directly owned by the state, five are privately owned but controlled by the state, and the public service broadcaster, Ictimai, is failing to fulfil its role as a public service broadcaster as it does not provide balanced and varied programming. In contrast to the hours of television coverage incumbent President Aliyev receives every day throughout the year, the other presidential candidates have received only 18 minutes of airtime each week for the three weeks of the campaign period.

Three independent media outlets which have been relegated to the Internet since a 2009 ban took them off the air – the Azerbaijani services of the BBC, Radio Free Europe/Radio Liberty, and Voice of America – have been accused by the Central Election Commission of being in “propaganda mode” during the campaign period – presumably for daring to cover the opposition’s campaign activities, and not just the president’s.

3. The opposition is challenging Aliyev’s right to run for a third term

This is perhaps the most significant factor making this election stand out from previous elections in Azerbaijan, and may account for the unprecedented crackdown in the run-up to the election: the opposition claims that Aliyev does not have the constitutional right to run for a third term in office. The united opposition candidate, Jamil Hasanli, has filed a legal appeal in this regard, which will be examined by the Baku Court of Appeals today.

What is the basis of this appeal? When Aliyev came to power in 2003, and when he was re-elected in 2008, there was a two-term limit on the Azerbaijani presidency. This limit was removed through a Constitutional referendum in 2009. Hasanli and his supporters argue, however, that the changes do not apply retroactively to Aliyev, but should apply instead to his successor, meaning he does not have the right to run for a third term.

Further, University of Sydney Professor Wojciech Sadurski issued a legal opinion arguing that Azerbaijan’s removal of the term limitation was done in an undemocratic manner, contrary to the principles of openness and transparency. Sadurski considered this action to be a breach of the European Convention on Human Rights, to which Azerbaijan is party.

4. Azerbaijan has not had a fair and free election since Aliyev came to power

Including the election that brought Ilham Aliyev to power in 2003, Azerbaijan has held two presidential elections and two parliamentary elections in the past 10 years. All fell far short of meeting international standards for democratic elections, largely due to restrictions of freedom of expression and assembly in the pre-election period, resulting in a lack of robust competition and vibrant political discourse.

The Azerbaijani government seems intent on repeating its past mistakes with this election. The most recent interim report issued by the OSCE/ODIHR’s election observation mission highlighted similar problems to previous election periods, noting that the campaign period “has been marred by some reported incidents of intimidation of family members of political figures.” The report also concludes that “the campaign has lacked substantive debate and has focused on personality rather than concrete political platform” and states “the incumbent President received a much greater amount of coverage in news programmes on television in comparison to other political actors.”

5. Azerbaijan is failing to fulfil its human rights obligations with all major international bodies

The pattern of systematic and widespread violations of human rights by the Azerbaijani authorities is well documented. Just last week, three UN special mandates, the OSCE Representative on Freedom of the Media, and the Council of Europe Human Rights Commissioner all spoke out with concerns related to human rights violations in the pre-election period.

Despite this knowledge, the political leadership of these bodies and their member states remain reluctant to seriously address these shortcomings. As a result, the Azerbaijani authorities continue to act with impunity, certain that their failure to implement their human rights commitments will not result in serious consequences for other areas of their bilateral and multilateral relations. How then can they be expected to behave differently in this election period?

But rather than write off this election – as some international media outlets have already done, pre-emptively declaring another victory for Aliyev – the international community must take note of what happens and take a stand. International observers must report accurately and fully on the election, and the government must be held accountable for shortcomings through the full political weight of the organizations behind the reports and their individual member states. Azerbaijan cannot continue to be treated as a privileged member of the international democratic community without the credentials to back it up.

And most importantly, the international community must sustain attention to Azerbaijan well beyond the election period. Local journalists, human rights defenders, and activists fear a post-election crackdown even harsher than what occurred in the run-up to the election. If these remaining few critical voices are successfully silenced, then many more elections in Azerbaijan will follow suit as foregone conclusions.