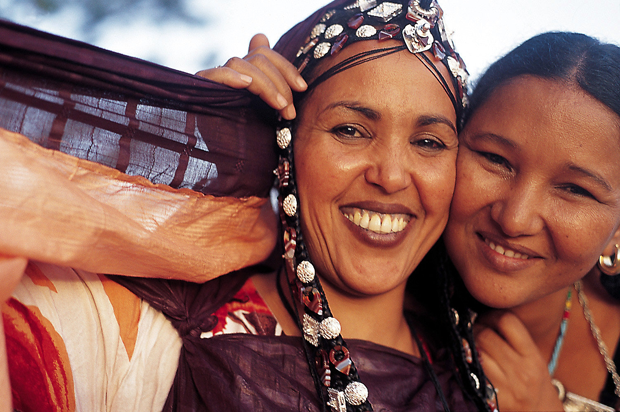 As Mali’s new president returns to the country amid fresh fighting between government forces and Tuareg rebels, Index on Censorship magazine looks at the climate for free speech in a country split by conflict — and wonders about the future of its brave musicians

Published on 1 October as part of “Not heard?”, Index’s special report on minority voices around the world, filmmaker Johanna Schwartz tells the remarkable story of the griots, Mali’s musicians, responsible for “communicating the oral history” of the country. “They are the lifeblood of Malian society,” Schwartz writes. Groups of musicians have been meeting in the desert for centuries, sharing stories through music. “But all that changed on 22 August 2012” — the day that a member of the Movement for Oneness and Jihad announced that music was forbidden in the country. Musicians came under attack and instruments were destroyed.

The issue includes firsthand account by Fadimata “Disco” Walet Oumar, who was forced to flee as the conflict in Mali developed. “Life without music is not possible … I would rather die than never be able to perform, create or listen to music again in my life,” she writes.

Now as refugees begin returning to the country, music is on its way back in too. The state of emergency has been lifted. The organiser of the famous Festival in the Desert event is considering whether it might be safe enough to hold the festival in 2014. For now, though, musicians, free expression advocates and ordinary citizens know that the country’s problems aren’t quite over. Many people believe the Islamists could return. “There is a fear that freedoms may not be so easily restored,” writes Schwartz. And with the 1 October news that fighting had resumed following unsuccessful peace talks, there is good reason to believe this might be true. The fighting comes only two weeks after the country’s new president, Ibrahim Boubacar Keita, was instated.

To find out more about the magazine and for subscription options, click here.

Johanna Schwartz’s film about the griots is currently in production. See an extract from the film at the launch of Index on Censorship’s autumn issue on 15 October. To register for the event, click here.