In light of the UK's Royal Charter on newspaper regulation, we look at 10 countries where the government has a hand in controlling the press 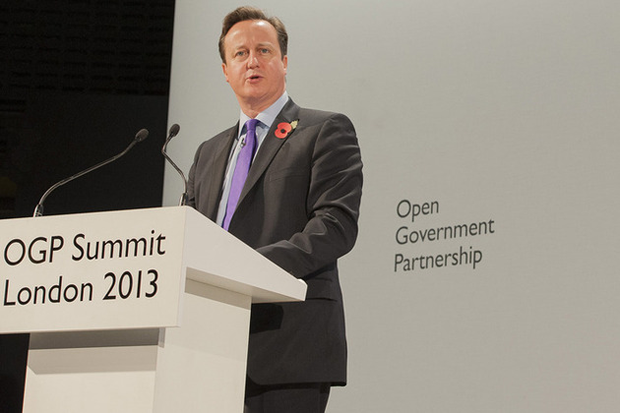 State control of the press is hot topic. On Wednesday, Queen Elizabeth signed off a Royal Charter which gives politicians a hand in newspaper regulation. This come after David Cameron criticised the Guardian’s reporting on mass surveillance, saying “If they don’t demonstrate some social responsibility it will be very difficult for government to stand back and not to act”.

But what does state control of the press really look like? Here are 10 countries where the government keeps a tight grip on newspapers.

The tiny gulf kingdom in 2002 passed a very restrictive press law. While it was scaled back somewhat in 2008, it still stipulates that journalists can be imprisoned up to five years for criticising the king or Islam, calling for a change of government and undermining state security. Journalists can be fined heavily for publishing and circulating unlicensed publications, among other things. Newspapers can also be suspended and have their licenses revoked if its ‘policies contravene the national interest.’

In 2009 the country known as Europe’s last dictatorship passed the Law on Mass Media, which placed online media under state regulation. It demanded registration of all online media, as well as re-registration of existing outlets. The state has the power to suspend and close both non-registered and registered media, and media with a foreign capital share of more than a third can’t get a registration at all. Foreign publications require special permits to be distributed, and foreign correspondents need official accreditation.

The country has a General Administration of Press, Publication, Radio, Film and Television and an army official censors dedicated to keeping the media in check. Through vaguely worded regulation, they ensure that the media promotes and toes the party line and stays clear of controversial topics like Tibet. A number of journalists have also been imprisoned under legislation on “revealing state secrets” and “inciting subversion.”

In 2011 President Rafael Correa won a national referendum to, among other things, create a “government controlled media oversight body”. In July this year a law was passed giving the state editorial control and the power to impose sanctions on media, in order to stop the press “smearing people’s names”. It also restricted the number of licences will be given to private media to a third.

All media in the country is state owned, as President Isaias Afwerki has said independent media is incompatible with Eritrean culture. Reporting that challenge the authorities are strictly prohibited. Despite this, the 1996 Press Proclamation Law is still in place. It stipulates that all journalists and newspapers be licensed and subject to pre-publication approval.

Hungary’s restrictive press legislation came into force in 2011. The country’s media outlets are forced to register with the National Media and Infocommunications Authority, which has the power to revoke publication licences. The Media Council, appointed by a parliament dominated by the ruling Fidesz party, can also close media outlets and impose heavy fines.

Britain isn’t the only country to tighten control of the press through royal means. In 2011 King Abdullah of Saudi Arabia amended the media law by royal decree. Any reports deemed to contradict Sharia Law, criticise the government, the grand mufti or the Council of Senior Religious Scholars, or threaten state security, public order or national interest, are banned. Publishing this could lead to fines and closures.

The Law on Mass Media  demands any outlet has to receive a registration certificate before being allowed to publish. The media is banned from “forcible changing of the existing constitutional order”, and journalists can be punished for “interference in internal affairs” and “insulting the dignity of citizens”. Foreign journalists have to be accredited with the Ministry of Foreign Affairs.

The 1999 Law on Media bans journalists from “inciting the people to rebel against the State of the Socialist Republic of Vietnam and damage the unification of the people”. A 2006 decree also put in place fines for journalists that deny “revolutionary achievements” and spread “harmful” information. Journalists can also be forced to pay damages to those “harmed by press articles”, regardless of whether the article in question is accurate or not.

The country’s Access to Information and Protection of Privacy Act gives the government direct regulatory power over the press through the Media and Information Council. All media outlets and journalists have to register with an obtain accreditation from the MIC. The country also has a number of privacy and security laws that double up as press regulation, The Official Secrets Act and the Public Order and Security Act.

This article was originally posted on 1 Nov 2013 at indexoncensorship.org.

One response to “What does state press control look like?”