As the Ugandan government moves to impeach the lord mayor of the capital, journalists are being threatened and attacked for reporting on the process. 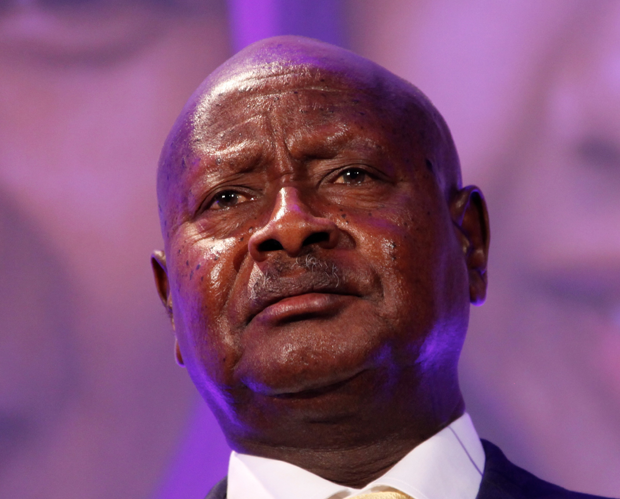 The government of longtime Ugandan president Yoweri Museveni has been accused of intimidating journalists covering the impeachment of the lord mayor of Kampala, who is a member of an opposition political party. (Photo: Wikipedia)

Against the backdrop of the political uproar following the attempted sacking of Kampala’s lord mayor, journalists reporting the story have been summoned to give statements to the police. Observers say that the government is gagging the media by barring comments from politicians who don’t toe the official line.

Media covering the case have also been attacked. On 25 November, journalist Allan Sewanyana, who is also a councillor on the Kampala City Authority, was beaten by police as he attempted to deliver a petition calling for a court injunction against the impeachment proceedings. Journalists from different media houses were sprayed with tear gas and stopped from reporting on the chaos that erupted downtown after news of the lord mayor’s removal filtered out.

Eight months ago, the government of President Yoweri Museveni started a process of ousting the mayor of Kampala, Lord Mayor Erias Lukwago, a member of the opposition Democratic Party (DP). This process led to the establishment of a tribunal, by many labelled a “kangaroo court,” where Lukwago had to defend himself against the accusation of neglect of duty levelled at him by pro-government city councillors. The tribunal found him guilty. Battle lines have been drawn: The government has moved to impeach the mayor and the opposition parties have thrown their weight behind the mayor by calling for nationwide protests.

The explosive situation has drawn coverage from the country’s media and entangled journalists. So far, two reporters covering the events have been summoned to the police to make statements. Meddie Nsereko, who works with radio station CBS FM and television station NBS TV was summoned over comments he made on his radio talk show “Kiriza oba Gaana” (“Believe it or not”). He was given stern warnings against inviting opposition politicians to speak on his show. This comes at a time when CBS FM is picking up the pieces of its 2009 closure. Back then, the government shut the broadcaster over coverage of riots that erupted after authorities stopped the Buganda King from touring parts of the country. It was out of business for over a year. With this experience still fresh in mind, CBS FM has bowed to pressure and stopped inviting opposition politicians to speak on that show.

The second journalist, Basajja Mivule of Akaboozi ku Bbiri FM, was summoned by the security chief of Kampala, also for inviting opposition politicians to his show. He was severely reprimanded. Akaboozi ku Bbiri FM is owned by Uganda’s finance minister, Maria Kiwanuka. Now Mivule has to make a choice between his professionalism or losing his job.

The government has threatened NBS TV because it recorded the “ugly scenes” that happened at the city hall and streamed them on social media. According to some sources, the “Black Mamba” — a shadowy security outfit — is said to have attacked the journalists outside the city hall and court. This same group is said to be associated with the kidnapping of presidential hopeful Kizza Besigye in 2005.

Pictures have been published of journalists and civil society members being rounded up and beaten by the police and other security groups that are not easily identified. Even ardent supporters of the system feel that things are falling apart.

Despite the official intimidation, the Ugandan public are aware of the situation. The spirit of defiance can be felt in all parts of Kampala, even with the heavy police deployment.

“What should we do? They will not allow us all to go city hall to follow the deliberations on how they are impeaching the lord mayor we elected. They never consulted us as voters, and now they are chasing all journalists away from the deliberations. Who will keep us informed on what is going on? So they want us, the voters, to remain in the dark on what is happening, and expect us to stay calm? That is impossible,” one resident of Kampala said.

Although the government has come out to deny that it is targeting journalists and that the incidents which have happened so far are isolated, no one seems to believe this. The biggest challenge for journalists however, is the lack of a well-organised body that can take the government to task when these excesses happen.

Ugandan journalists have so far failed to unify themselves. The government knows this very well, and it is taking advantage of that weakness.

This article was published on 26 Nov 2013 at indexoncensorship.org