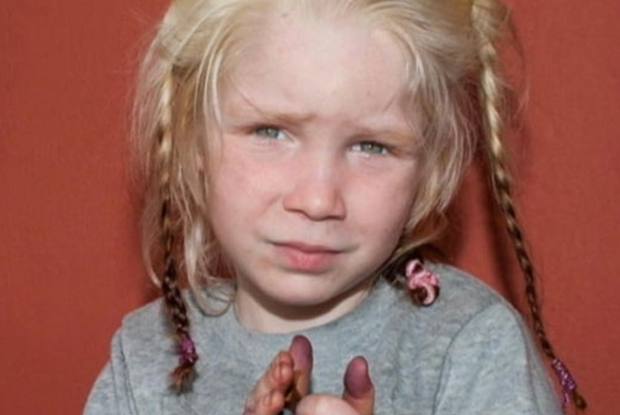 The case of a little girl called Maria, allegedly abducted by a Roma couple on the outskirts of Farsala in central Greece, has filled local and world headlines with prejudice and racist stereotypes.

Maria’s appearance -a blonde girl with blue eyes- was enough to spark speculation in tabloid press about Roma involvement in child abductions and other serious offenses. “Roma grab babies” screamed a headline in a newspaper. Mainstream media’s sensationalism favoured the ancient notion of the “evil gypsies.”

However, no media outlet that carried sensationalised reports were eager to admit their abusive language when Maria’s parents proved to be Roma from Bulgaria. Maria’s adoptive parents in Greece had told the truth about the girl’s origins. Only it was too late to correct the demonization of an already excluded group.

Lina Giannarou, a reporter of the newspaper Kathimerini offered her insight into the coverage of the story:

“I think the main problem was that the media merely followed the police investigation. There was no first-hand reporting on what really happened with the little girl nor serious analysis on the major side issues that this tragic story revealed, like for example the thousands of illegal adoptions taking place all over the country. The vast majority of articles focused on the suspected crime and the supposed abduction. When it became clear this was not the case, the story ceased to be of interest.”

Smile of the Child, the charity entrusted with Maria’s care, compounded the misinformation.

On 1 October, Damian Mac Con Uladh, a journalist with online news service “EnetEnglish”, published a revealing story about the contradictory comments and the false assessments made by the charity’s director and other representatives.

The case was communicated with language targeting the Roma couple, while maintaining a climate of moral panic towards them. At times, representatives of the charity appeared to be sure of her origin (“the girl was not a Roma”), while mixing every possibility of her being abducted, being sold or mistreated. According to their claims, the girl had been treated as “a dancing bear” or like “a commodity.”

All the panic produced was to be answered by police operations carried out against Roma communities. This summer already, riot police squads had conducted large operations throughout the country, in the southern Peloponnese and in Thiva settlements in central Greece.

However, Dimitris Angelidis, reporter of the Editor’s Newspaper suggests that the linking of Roma with criminality is a false one.

“Roma people, together with immigrants, street drug users, people living on the street and other marginalized groups of people, have been the target of regular police operations. These operations, which have been condemned by European authorities for their extreme use of ethnic profiling, do little more than painting a negative picture that connects inescapably Roma to criminality. The few news items about Roma emphasize their supposed criminal behavior which is not supported by police statistics: raids in Roma settlements are very often but they result in very few arrests, a mere 3 percent.”

“The living conditions of Roma in Greece and Italy are at their worst level right now. And while there is much attention to Italy, no one focuses in Greece whereby Roma experience their worst year in a 15 years period. Hundreds of millions of euro aimed at their social inclusion and their living conditions have changed little. Most of their settlements remain unsafe while the children do not go to school or attend Roma-only schools.”

Poorly educated, disconnected from the world

The low level of education among Roma puts them at a constant social disadvantage. Although Greece has been found violating the European Convention for Human Rights, for the segregation of Roma children in separate schools, the contempt coming from non Roma parents and the pressure from state and local authorities pose serious restrictions.

Alexis Koutrouvelis has been teaching in a Roma-only school for the past 4 years, in Aspropirgos, a suburb of Athens in the West Attica region. Koutrouvelis described  the way Roma children go to school.

“Roma communities are largely uneducated, thus, parents do not understand the necessity of education. Following this culture, children cannot easily perceive a space-time continuum, they don’ t seem to hold a strong sense of identity throughout history.”

Being at the bottom of the social class pyramid, Roma children grow up without knowing their rights. In addition, most of their contact with the government is when police conducts raids against their communities.

“There are children that never really leave the settlements. Some of them do not even know what lies behind the mountain of Egaleo. They grow up learning to pay for someone else’s bad deeds in their community,” Koutrouvelis said.

Poor education does not mean these kids are deprived of imagination. In 2011, director Yorgos Didimiotis made a short film with Roma children in Aspropirgos. The narrative and the themes were the childrens’ work, Didimiotis did only the technical staff and gave them basic tips.

He said that it was an unprecedented experience.

“I’ve never seen so much enthusiasm in children. You could see the need for expression with an unstoppable imagination. These children were so proud to be making a short-film when at the end, it was difficult to stop them from watching it, over the 25th time! And imagine that some of them have never been to the cinema.”

This article was originally published on 6 Nov 2013 at indexoncensorship.org