The former director Director of Public Prosecutions for the Crown Prosecution Service, has been active in drawing up guidelines for sensitive areas of criminal law 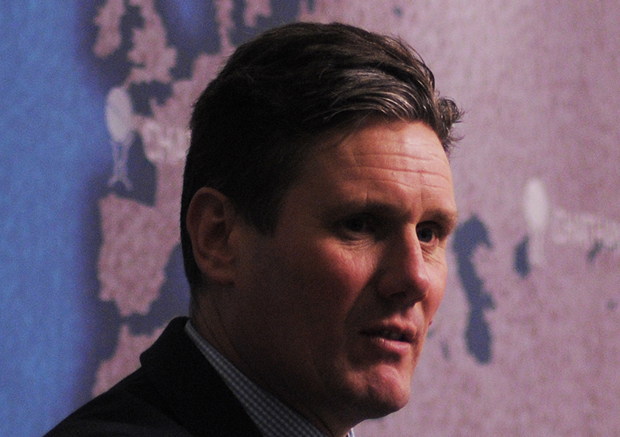 Human Right’s lawyer, Keir Starmer, who has just completed a five year stint as Director of Public Prosecutions for the Crown Prosecution Service, has been active in drawing up guidelines for sensitive areas of criminal law.

Starmer attended a recent roundtable of arts executives Index on Censorship organised with Tate Britain.  It was part of our conference Taking the Offensive: Defending artistic freedom of expression in the UK.  Having heard for himself that self-censorship in UK museums, galleries and theatres is widespread, triggered by a complex range of pressures including the fear of prosecution and police intervention, Starmer advocated for the usefulness of CPS guidelines for artist expression.

The story of  how CPS guidelines came into being started shortly after Starmer joined the CPS as the DPP in 2008. It deals with one of the most morally sensitive areas of criminal law, that of assisted suicide. In the case of 23-year-old rugby playing student Daniel James, Starmer used his discretion not to prosecute Daniel’s parents for accompanying their son to the Dignitas clinic in Switzerland, where he died with them at his side.

Subsequently, Debbie Purdy, who suffers from MS, approached the DPP to find out if her husband would be prosecuted if he assisted her suicide. Her argument was that if he would be prosecuted, then, in order to protect him, she would have to travel to Switzerland by herself while she was still physically able to make the journey.  Effectively she would be shortening her life to avoid incriminating her husband. In response Starmer decided to draw up public facing guidelines laying out the factors the CPS would take into account to decide whether or to prosecute.  There would undoubtedly be evidence against Mr Purdy to prosecute but would it be in the public interest to do so?

This year, Starmer drew up guidelines for the social media in response to a tidal wave of cases and excessive prosecutions arising from tweets and Facebook comments, including Paul Chambers’, the defendant in the Twitter joke trial. The guidelines indicate that the bar is set high – that only tweets that are “more than grossly offensive” and or “made in cases of considerable sensitivity” — should be prosecuted. Starmer quoted the case of a tweet left on the tribute page to April Jones, saying it would be likely to be prosecuted.  The guidelines indicate that freedom of expression is well protected by the law, and the police are not going to get involved with every spate of offensive and abusive comments that litter the internet. As Starmer said – “you don’t need a law to protect expression that everyone agrees with”.

From a policing perspective the area of culture is uncharted. There is currently no guidance for policing cultural events, apart from a mention in Association of Chief Police Officers guidance regarding charging for costs associated with policing of music festivals and football matches.  The job of deciding if a work could be in breach of the law – for example child protection, obscenity legislation, race and religious hatred or public order – is done by the police, without guidance. Compare this to the amount of guidance around policing of protest, where on every page the right to protest is repeated and stressed, and has to be taken into account at every stage of policing.

No DPP can reassure an anxious artist director that a particular piece of art work is not going to be prosecuted, though Starmer did receive several letters asking for that reassurance.  But the CPS could produce guidelines for the arts and this is something that Starmer personally advocates, both as part of his general evangelism for the clarity and efficiency that guidelines achieve, and as a practical way to tackle self-censorship.

The guidelines would likely take account of the location and context of the artwork, the motivation and intention of the artist and how anyone involved in the making of the work had been treated, were permissions given, with particular scrutiny around the involvement of children and animals.  They would also, and this would be very interesting part of the exercise, look at the public interest of prosecution, which would inevitably involve a debate about the wider social benefit of art that challenges taboos and pushes boundaries, including where offence is caused.

Taking the social media guidelines as a model, it is reasonable to assume that the guidelines would set a high threshold and that the legal framework would in the main support the artist’s right to free expression. This common law approach is one of several rulings in support of freedom of expression is cited:

“Satirical, or iconoclastic, or rude comment, the expression of unpopular or unfashionable opinion about serious or trivial matters, banter or humour, even if distasteful to some or painful to those subjected to it should and no doubt will continue at their customary level…” In Chambers v DPP [2012] EWHC 2157 (Admin), the Lord Chief Justice

If the guidelines were to similarly set a high threshold for artistic freedom of expression, it could go some way to dispel the fear of prosecution and it should give a clear steer to the police when dealing with art that causes offence.  In turn this would clarify the position of the arts executives when work is contested by audience, press or police and enable them to better defend their choices in the heat of a crisis.

It would also mean that people making decisions about what art goes into our public spaces could differentiate between legal and social boundaries of what is sayable.  The latter are more complex, mutable and volatile and in certain cases are patrolled by special interest groups, who actively want to silence artists whose work offends or challenges, often promoting the right not to be offended.

With the Common Law ruling in mind, arts guidelines as social media guidelines would not recognise the right not to be offended, though they do acknowledge that communication that is grossly offensive has in the end to be dealt with on a discretionary basis, quoting Lord Bingham “There can be no yardstick of gross offensiveness otherwise than by the application of reasonably enlightened, but not perfectionist, contemporary standards to the particular message sent in its particular context. The test is whether a message is couched in terms liable to cause gross offence to those to whom it relates.” This would seem to suggest that there is a right not to be grossly offended.

So in the end we have come full circle, back to that idea that each case has to be taken as individual, and that the DPP would be called on to exercise their discretion about whether to prosecute.  But having said that the idea of guidelines is certainly very interesting and would at least put a clear line in the sand, in territory that is currently completely uncharted.

Julia Farrington is an associate arts producer at Index on Censorship