A satirical Facebook page created by a blogger to mock a well-known Greek Orthodox monk has resulted in a prison sentence and opened a debate on Greece's blasphemy laws. 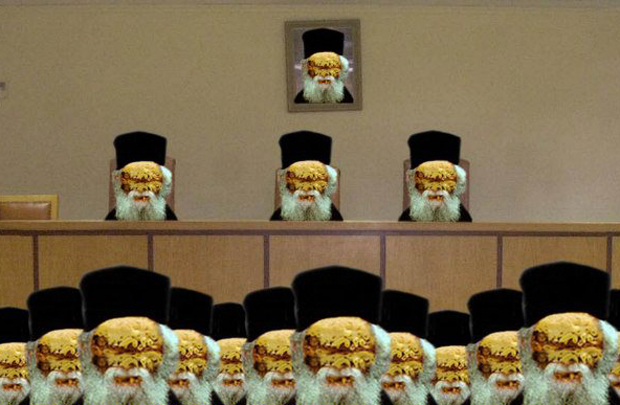 On 16 January, Greek blogger Filippos Loizos, responsible for the satirical Facebook page of Elder Pastitsios, was convicted for “malicious blasphemy and religious insult” and sentenced to 10 months in prison, suspended for three years.

Loizos has set up the page mocking a well-known deceased Greek Orthodox monk — Elder Paisios — by intentionally combining his name with a popular Greek food called “pastitsio”, a pasta based dish with béchamel sauce.

His arrest in late September 2012, came after Christos Pappas, an MP from the now-banned neo-fascist party Golden Dawn, posed a parliamentary question calling for the blogger’s arrest on the basis of the country’s anti-blasphemy laws.

Pappas is now facing charges of being involved in a criminal organization.

“My prosecution was somehow expected. At the time I drew a lot of attention on social media. The neonazi party saw ‘a chance’ in accusing me as a blasphemer, satisfying a very conservative society and inspiring strong national sentiments,” Loizos told Index on Censorship.

Loizos explained that the court did not understand his intentions — delivering a stinging rebuke for what he perceived as the monk’s dangerous nationalism and intolerance.

“The judges were very aggressive and did not want to understand my argument. They insisted on saying my intention was to insult because I hadn’t censored any posts of visitors which were considered blasphemous or vulgar. I would never do that. In a democracy we are all ‘condemned’ to disagree,” says Loizos.

Reactions in the press and on the internet after the blogger’s conviction were immediate and vociferous. Far-right publishing and Orthodox websites were gloating, while Loizos’ sympathisers and free speech advocates argued it was “a blow to freedom of expression”.

On 20 January 2014, Amnesty International expressed serious concerns over the case, while calling on Greek authorities to “repeal the anachronistic anti-blasphemy legislation”.

The Hellenic League for Human Rights (HLHR), the oldest human rights organisation in Greece, had earlier issued a press release, stating its “unfortunate certainty of an institutional and ideological setback that does not seem to end”.

“Today’s decision shows that freedom of speech, a fundamental pillar of social consistency in a state with ‘rule of law’, is being challenged not only by the enemies of democracy but by the judicial institutions,” according to the release.

Dimitris Christopoulos, an assistant professor of state and legal theory at the Department of Political Science and History at Panteion University in Athens, and vice president of the International Federation for Human Rights, told Index that “this decision is a message on how justice perceives political coexistence in society. It’s like saying ‘when you talk about God in a way we do not like, you will be punished’. In other words, people can joke about everything they want, except religion”.

Contrary to some allegations that the judges suffered social media illiteracy because of their age, Christopoulos told Index on Censorship that they were young and seemed to “fully understand the role of social media”.

In late September 2012, when Loizos was arrested, Vassilis Sotiropoulos, a lawyer and blogger specialising in internet legislation, told Index: “The legislature refuses to address the issue of internet censorship, thereby allowing law enforcers — prosecutors, police officers, judges and lawyers — to freely interpret and utilise the existing legal tools (…) the case of Elder Pastitsios provided perhaps the first example in Greece of an internet company disclosing information to the government in order to identify an individual accused of ‘alleged offences relating to religious satire’.”

However, it is not the first time cases regarding religious blasphemy have reached the courts. In 2012, controversial theatrical play “Corpus Christi” resulted in the legal prosecution and public harassment of the play’s director and actors by Golden Dawn members and Orthodox religious groups.

Legal experts told Index that there are several ongoing cases involving blasphemy  in Greece and that the country should follow the Council of Europe’s recommendations and reports on abolishing “the offence of blasphemy”. According to these recommendations, freedom of thought and freedom of expression are being limited by blasphemy laws.

Loizos said he is going to appeal the verdict “for reasons of dignity”.

“We should abolish this blasphemy law in order to protect free expression,” he said.