NEWS
Hollande's affair is a break with French tradition 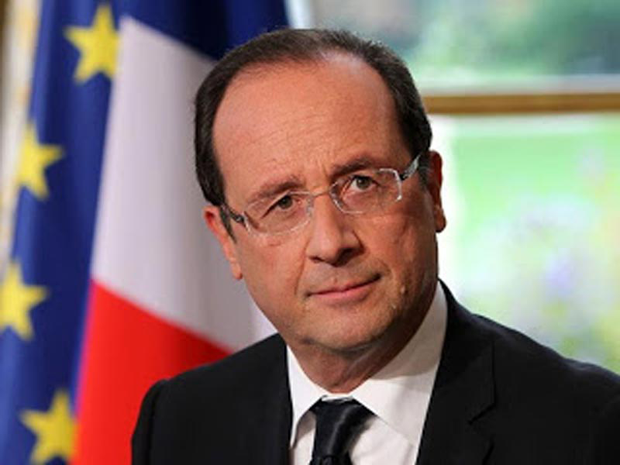 What happened last Friday was unprecedented. Four days before the third major press conference of François Hollande’s presidency, the French version of celebrity magazine Closer published seven pages alleging that the president was having an affair with Julie Gayet, a 41-year old actress. Speaking to the AFP in a personal – and non presidential – capacity on Friday, Hollande described the publication as an “attack on the right to privacy” but did not deny the allegation. On Sunday, the spokeperson of his partner, Valérie Trierweiler, announced she had been admitted to a hospital due to stress prompted by the publication and that she would leave the hospital on Monday.

For the president to have a mistress would not seem surprising in a country with a long history of presidential mistresses and most French people are likely to remain unfazed. According to a poll commissioned by Le Journal du dimanche, 77% of French people feel that the alleged relationship between Hollande and Gayet does not concern them and don’t feel shocked by the allegation. What is new is the way in which Closer has intruded on the president’s private life.

Traditionally, French presidents’ affairs go unreported. François Miterrand’s double life and the fact that he had a daughter with his long-term mistress was only revealed at the end of his presidency and when his daughter was 20, in 1994, by Paris Match. At the time, the magazine had sought the president’s approval before publication.

Of course, things have changed. Nicolas Sarkozy is known to have blurred the lines between his public and private life, orchestrating the media coverage of his relationship with ex model Carla Bruni, whom he married during his presidential term. In 2011, the Dominique Strauss-Kahn scandal triggered a debate in the French media: had the French press been overprotective of the private life of one of its politicians, failing to report on DSK’s alleged track record of violence against women?

France’s strict privacy laws make it a criminal offence to publish information about someone’s private life without their consent. In 2012, the magazine was sentenced for publishing stolen photos of a topless Kate Middleton sunbathing with Prince Williams. The magazine had to take down the photos from their website and to return them to the couple. Following a complaint by Gayet’s lawyer, Closer has already taken down the allegations of a relationship between the actress and the president from their website. But, as happened with the breasts of the Duchess, the damage is done, and the allegations of an affair between Hollande and Gayet are now everywhere.

As Closer’s allegations become public, France’s main news publications have started to report on the claims and what seemed to be only a private matter has started to seem much more interesting.

The allegations of a presidential affair raise the question of the status of Hollande’s current official girlfriend Valérie Trierweiler, a former political journalist, who has an office at the presidential palace, employs five people and accompanies the president on official occasions and trips abroad. France, unlike the United States, has no defined role for a “first lady” and the wives or partners of successive French presidents have occupied a blurry zone between the private and the public sphere. A certain confusion has presided over Trierweiler’s involvement in Hollande’s presidency. In June 2012 she committed a gaffe by tweeting her support for a rival to Ségolène Royal, Hollande’s former partner with whom he has four children. Closer’s allegations are likely to force Hollande to clarify the status of his relationship with Trierweiler, a personal matter, which also takes a public dimension.

Lastly, an interesting line of investigation has been opened by the online magazine Mediapart which claimed that the flat used for the alleged encounter of Gayet and Hollande is under the name of Michel Ferracci, suspected to have ties with the infamous Corsican Gang de la Brise de Mer, and his ex wife, an actress and a friend of Gayet. Hollande is believed to have come to the flat regularly, followed by police officers acting as bodyguards, which raises questions for his personal security.