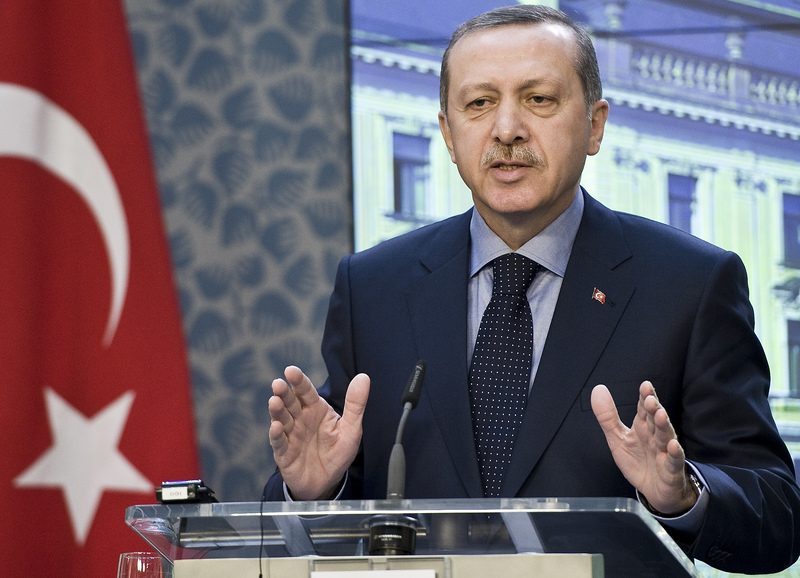 “What happened in Turkey during the last ten years?” When the storm is over and if we wake up to a bright morning after it’s all over, we will end up with that question at hand which could take another ten years to answer.

One answer could commence as such: A leader came upon and he taught his people a template to think by repeating it over and over again. (The frequency and length of Prime Minister’s speeches are not without cause. Their purpose is not to leave a space to think, therefore a chance to doubt for the people.)

Around the leader an alignment was formed as it happens with all leaders. That working alliance matured, deepened and ornamented leader’s modus operandi. That educated alliance, members of which were not worse than the average in society, wore the oppugning, vindictive, ambushing style and worked hard to provide an intellectual legitimation for the leader’s template. (Those who wrote headlines such as “they were not arrested for their journalistic activities,” journalists providing testimonials for KCK and Ergenekon cases for the judiciary which was already politicized, academicians feasting for “civil governance,” attorneys dancing with jackals, artists using all forms of art, from poetry to music, to be included in the photo shot of good fortune. I’m talking about a huge crowd.)

Since the rest of the people who were not included in the leader’s definition of “my citizens” meaning “the real citizens,” are considered non-human – therefore expelled from human status-, unlawful cruelty against those was accepted in the beginning, later totally ignored. Leader told “his citizens” not to consider the others, nor to feel remorse or feel for them, time and again.

Leader told to “his people” that they were the ones who were done injustice in fact, he told that many times. He told that so many times that they finally believed in him. They wanted to believe, for humanity cannot accept harm for malfeasance. Malfeasance must have a “good” reason, having something to do with benefaction, and grievance is always a good reason. At the end, party member “citizens” started to see the killing of kids by ambition for power, that are as poor as themselves, as a conspiracy against them. (A nation who does not feel remorse after seeing the face of Ali Ismail Korkmaz, a youngster beaten to death by the police during Occupy Gezi, is seriously ill, is insane.)

Leader did not only destroy justice but also the feeling of one. No one in this country can no longer relate a court of justice to jurisprudence, nobody can. Leader replaced the justice, which is supposed to be the basis of the estate with the love the masses felt for him. The behavior of the people in leader’s rallies/rites wearing shrouds and going crazy were not without reason; they sacrificed their physical and spiritual beings for the being of the leader. Leader was justice itself. As the concept of justice is related to God in ancient man’s mind.

For the length of ten years, organized ignorance, in the form of crazy and colossal crowds, mounted over freedom of opinion, human values, conscience and common denominators of humanity. They had their leader shouting “Ahead!” Numerous and grave human rights violations were experienced. It would take at least another ten years to account for those.

When the current ten years are over and a new ten years period would start, it would be more difficult for us. We would ask “what had happened?” We would like to find out by thinking over. Whilst looking for a historical reason we would end up at September 12 coup d’état. As we scratch the surface of history we would arrive at a point when “Deniz and his friends” were hanged, when in fact “kindness” was dangling on the gallows, in fact all were silent back then as well.

Maybe we would go further back to the Dersim Massacre. Maybe further back. To 1915. Maybe further back in history to the time of Ottoman sultans who slayed their brothers… We would search for “the seed of malfeasance” on this land, the first sin, the first womb of mercilessness. But it would still be very difficult to account for the last ten years. Because it is almost impossible to find a rational reason for organized ignorance, organized desire to not to think, organized unscrupulousness. If we finally decide to try those in the court of humanity, if we would have the power to do that, we then have the chore to find a courthouse big enough for all who started that system, for all who supported it and made it possible. That crowd is for sure very crowded.

*The book Radical Malfeasance Problem in Hannah Arendt” by Berrak Coskun, published by Ayrinti Publishers, inspires this article. With gratitude.

The original article in Turkish is published in Birgün Daily on January 6th, 2014. Translated to English by Stratos Moraitis. The translation was originally published at The Globe Times and is posted here with permission of the author.

One response to “Turkey: Ten years of organised ignorance”