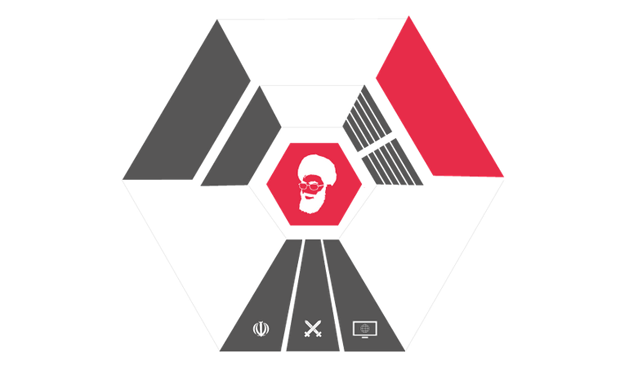 A new report by Small Media sheds light on the Arzeshi, a hardline, conservative faction of online activists in Iran.

The idea of blogging and social media in Iran was once likely to invoke images of the 2009 Green Movement, where these platforms played a part in regular people standing up to a repressive, conservative regime, calling for reforms and demanding civil liberties. These days, it may be more linked with the country’s political elites, who really seem to have taken to communicating through Twitter and Facebook — sites now blocked for most of the population.

But while it was perhaps always expected that tech-savvy, reformist activists would find ways around the social media censorship, it may come as a surprise that some of Iran’s most conservative do the same.

A new report by Small Media sheds light on the Arzeshi, a hardline, conservative faction of online activists, devoted to the principles of the 1979 revolution and the supreme leader. The report found that the Arzeshi work around online restrictions, appearing on banned sites. In particular, the report looks at blogs and Google+, and analyses the activity of 75 Arzeshi accounts on Twitter — a site that, bar a technical glitch last September, has been blocked in Iran since 2009.

However, while the government claims to have a huge number of online supporters, the report tells a different story. Far from being an active, viral network, “the vast majority” of Arzeshi sites “were poorly-connected, hardly-read, and contained unoriginal content pasted from other sites.”

James Marchant, Small Media’s Research Manager, said: “This report is the first piece of in-depth research to illustrate the reality of Iran’s secretive community of online conservative activists. It shows that contrary to all government claims, the Arzeshi community is actually very fragmented and inward-looking – it is a long way from the energetic activist army touted by senior Iranian officials.”