NEWS
Russia: Vladimir Putin and the rise of swearbots
16 May 2014
BY ALASTAIR SLOAN 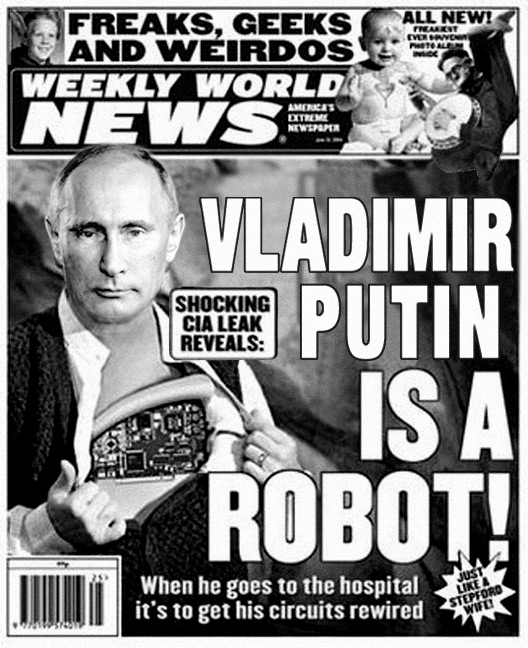 In September last year Vladimir Putin spoke at the Valdai Conference, an autumnal landmark in the Russian political calendar. The theme was values and identity and Putin proposed a “return” to morality and spirituality, praising the Russian Orthodox Church, religious tradition and resistance to political correctness.

Fast forward to Spring 2014 – and Putin’s appeal to nostalgic morality has collided with the internet age. “Swearbots” are the latest deployment – an attempt to curtail Russian’s propensity for foul language online and save the bruised fingers of online censors, who have until recently been tasked with checking over five thousand websites “manually” for profanities each day.

But how does this square off with Russian “identity,” which Putin was so keen to discuss? Russians love swearing, as much as they love vodka or not smiling at strangers. Browsing this eyebrow raising online dictionary (optimised for non-Cyrillic readers), demonstrates quite how large the Russian profanity compendium is. As one commentator cheekily told the BBC “If they ban swearing in Russia, all technical progress will grind to a halt …Warehouses will close and the army will lose its combat readiness. For our Motherland, it will be the end.”

In an attempt to police this ocean of foul language, enter the swearbot. It’s a computer programme forecast to go live this autumn, enforcing laws passed last spring. It should automate the rooting out of blasphemous Russians, and take the pressure off the media watchdog Roskomandzor, who were wilting under the pressure of censoring so much filth.

According to a statement from Moscow’s Academy of Science the law applies to “obscene references to the male and female reproductive organs, copulation and women of loose morals, and all words derived from them.”

Although that seems fairly vague, it’s a step up from when the legislation was originally passed last April. At that point, there wasn’t a specific list of forbidden words. It took until December for the the Institute of Russian Language at the Russian Academy of Sciences to confirm four words they believed should be censored – roughly translated as “c*ck” “f*ck” “wh*re” and “c**t”.

Although it’s still not exactly clear which swear words the swearbot will be primed with, those four seem a good start.

The fines for those cussing too strongly come in at 3000 rubles ($85) for an individual, and over $500 for an organisation. The bill, having passed through the parliament’s Lower House, is expected to be fully ratified by July – at which point it will come into law.

The Kremlin also announced that public performances, including cinema, theatre and stand-up comedy, would be subject to the swearing restrictions. Again, fines are in places as well as a three month suspension of business activities for repeat offences.

A trade magazine for comics, Chortle, lamented the news – worrying that comics would feel limited.

Irish stand-up comedian Rory O’Hanlon told Chortle the new rules would “make it difficult, near impossible to perform,” adding that “on the other hand it may push comedy underground and make it more exciting.’

The private TVC TV channel found itself in controversial waters when it decided to beep out the word “hrenovina” (“bullshit”). Eldar Ryazanov called the decision “an act of idiocy”.

The Ministry of Culture is defending its new legislation. “The law is not aggressive; its only aim is to regulate this sphere, so that swearing will have its purpose,” a ministry spokesperson told the Moscow Times. “It will be up to the artistic director to decide what to do with swearing, whether to break the new law or not, we will not interfere in the process.”

With the arrival of the “swearbot” program some analysts say bloggers might be at risk, especially as a law that defines major blogs as mass media is speeding towards approval.

Bloggers are now required to register as publishing entities, in a process similar to registration for TV stations and newspapers. Commentators have warned this will have a chilling effect as bloggers will be licensed to publish, as well as having their addresses logged with the government.

This article was published on May 16, 2014 at indexoncensorship.org