NEWS
Turkey: Losing the freedom to mourn
16 May 2014
BY MELTEM ARIKAN 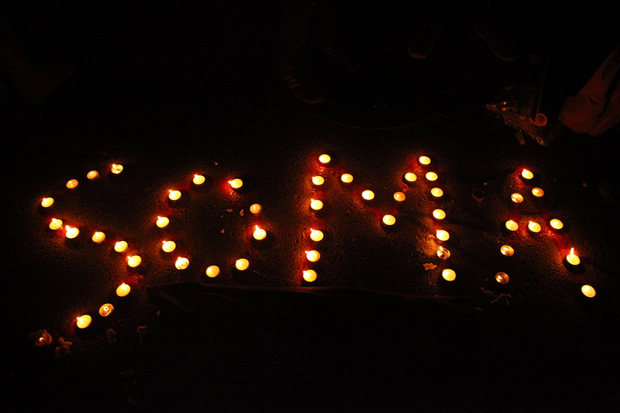 On the 13th of May the Soma mining disaster caused by carbon monoxide poisoning left over 230 dead. Writing this from afar, sadly there is an excessive amount of police brutality being applied to the protesters who were simply expressing their sadness and fury.

There were arrests. The most painful of all was that there were relatives of the deceased among the people who were detained. This time it wasn’t the freedom of speech that was taken away. It was the freedom to mourn.

While dreaming of awaking each morning to sunlight, there were those who awakened to a coal black. Those, who sacrificed saluting the day with sunlight and nurtured their hopes in a coal black to bring home food and to prepare a future for their children… didn’t, couldn’t… their hopes buried in coal black…

The reasoning that easily ignores safety for the sake of more production at a lower cost per ton, causes murders. The disaster in Soma is not an accident. For the sake of mining coal for a thermal plant to produce electricity, our workers have been buried in pitch darkness so that we may be illuminated.

And amidst all these, the sensibility of an injured miner, with his coal black face asking in the ambulance “shall I take my boots off? Don’t want to dirty the stretcher.”

This article was posted on May 16, 2014 at indexoncensorship.org