NEWS
Egypt: Sentenced Dutch journalist "will not rest" until colleagues are free

This article is part of Index's media freedom mapping project that monitors censorship in the European Union. 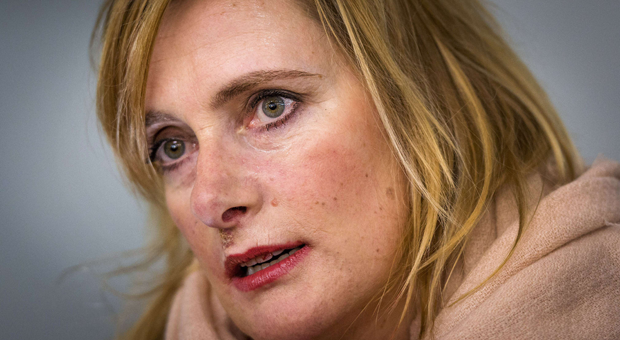 Dutch journalist Rena Netjes was sentenced in absentia to ten years in prison in Egypt. The Egyptian government’s case against her and other journalists generated media interest from around the world. With the help of her colleagues at the Dutch Union for Journalists she’s now raising the issue of human rights and press freedom violations in Egypt in The Netherlands and abroad.

When freelance correspondent Netjes arrived at Schiphol airport on the 4th of February this year, she had just slipped out of Egypt after finding out she was blacklisted by the Egyptian government and would have to stand trial for on charges of working for Al Jazeera, terrorism and endangering national security. At home in The Netherlands, she recounted her escape with the help of Dutch diplomats in Egypt to newspapers and television in what seemed like a media circus.

While Netjes managed to flee Egypt, her colleagues were not so fortunate. Three Al Jazeera journalists, the Canadian-Egyptian Mohamed Fahmy, Egyptian Baher Mohamed and the Australian Peter Greste, have been sentenced to seven years, after being held in an Egyptian prison since December 2013.

In June, from the safety of her living room in The Netherlands, she learned that she has been sentenced to ten years in prison. She was convicted on the charges of spreading false information and promoting the banned Muslim Brotherhood. She was accused of working for Al Jazeera, which the Egyptian government claims promotes the views of the Muslim Brotherhood. Netjes says she only had coffee with the chief editor on one occasion. British journalists Sue Turton and Dominic Kane have also been sentenced in absentia to ten years imprisonment.

For Netjes, who lived and worked in Egypt for many years, the verdict means she might never be able to set foot in the country again.

“It’s still an emotional roller coaster,” she told Index on Censorship. She’s relieved to be free but is concerned about her colleagues now. “It’s hard to imagine these guys are in prison, in the hands of sadists.”

Her career as a foreign correspondent in Egypt is over, for now at least. Netjes would run the risk of being arrested if she returned. She can’t even go to most countries in the Middle East because of extradition agreements. “Even Lebanon extradites ‘terrorists’ to Egypt”, she said.

With the spotlight on her in The Netherlands, Netjes said she sees an opportunity to generate attention for Egypt’s human rights violations, the lack of press freedom and specifically the plight of the other journalists, who weren’t able to escape prison sentences. “They now depend on international pressure, by politicians and diplomats behind the scenes, but also on awareness raised by colleagues around the world”.

Netjes speaks frequently to Dutch and international media and is invited to panel discussions and public human rights events. “I’m trying to turn this traumatic experience into something positive,” she said. “I have a more platform to explain what is going on Egypt, to raise the subject of the abuses in Egypt”.

The Dutch Union for Journalists (Nederlandse Vereniging voor Journalisten, NVJ) jumped in to support Netjes’ case and the campaign for free media in Egypt. On July 8, NVJ-President Marjan Enzlin paid a visit to the Egyptian embassy in The Netherlands to address the issue.

At the embassy Enzlin expressed her concern about the trial and her worries about the lack of freedom for media in Egypt. “We told him these verdicts are a strong violation of press freedom. We asked him to deliver this message to his president”, she told Index on Censorship. “He told us he is not in the position to intervene. And then he even lectured us on how western media is poorly informed and is deliberately spreading negative stories about Egypt. It was ridiculous”.

Enzlin acknowledges that without Netjes’ involvement, the case probably wouldn’t have generated so much attention in Dutch media and politics. “It is because of Rena that this case is so high on the Dutch agenda. But through Rena, we should now fight for the others. We as free journalists in a free country have to make noise about the case. We should be a thorn in one’s side”.

Being one of the highest ranked countries in terms of media freedom, Enzlin believes the Dutch media should stand up. “The resistance needs to come from here”, she said. “We are spoiled in The Netherlands. We see it as our duty to support and help our colleagues in countries like Egypt”.

Immediately after the verdict in Egypt, the Dutch Minister of Foreign Affairs Frans Timmermans summoned the Egyptian ambassador. The Dutch government insists the trial wasn’t fair, and urged Egypt to improve human rights. The NVJ wants to make sure this kind of diplomatic pressure won’t wane over time. “This requires long term commitment, we have to keep the pressure up”, Enzlin says.

The NVJ has several actions and protests lined up. They will publish a photo gallery on their website of all journalists who have been convicted in Egypt. They have sent a letter to the Egyptian ambassador in The Netherlands asking for assurances that Netjes can travel to the country for her appeal without fear of detention. If Netjes can’t go to Egypt safely, the NVJ requested to go in her place.

After the Dutch parliament’s summer recess, the NVJ will ask for another meeting with the Egyptian ambassador. They plan to invite MPs to join them to add more political pressure. The union will also organise a protest at Amsterdam’s Schiphol Airport, in front of the gate for flights to Egypt. “We will make banners saying ‘journalists are not terrorists’. Something Egypt will not be happy with.”

Netjes is still publishing stories on issues in Egypt. “I still have my sources in Egypt feeding me with information because they see that I am in the position to speak and write freely”. Meanwhile, spreading the word about the deplorable situation for journalists and activists in Egypt became a mission on its own.

“I am deprived of my freedom to travel, but that is nothing compared to what the guys who are imprisoned are going through”, she said. “I will not rest before they are free.”

This article was updated on July 21, 2014 to reflect that Marjan Enzlin is the President of NVJ, not Director as previously stated.

‘Rules for using drones by journalists too restricted’

This article was posted on July 18, 2014 at indexoncensorship.org